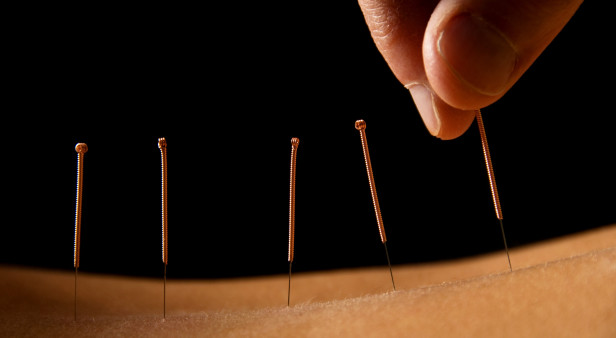 Both approaches can offer a non-pharmaceutical alternative to sleep medications.

Eight weeks of either acupuncture or cognitive behavioral therapy for insomnia (CBT-I) reduced the severity of sleep problems among cancer survivors, according to a randomized study to be presented at the American Society of Clinical Oncology (ASCO) annual meeting next month. Up to 85 percent of people with mild insomnia and up to 66 percent of those with moderate to severe insomnia saw an improvement.

“Our trial showed that both CBT-I and acupuncture were effective in treating moderate to severe insomnia, although CBT-I was more effective for those with mild symptoms of insomnia,” said Jun Mao, MD, chief of the Integrative Medicine Service at Memorial Sloan Kettering Cancer Center in New York. “Now patients have more choices to manage their insomnia.”

As many as 60 percent of cancer survivors have insomnia, which is often undiagnosed and inadequately treated, Mao told reporters during an ASCO advance press briefing. CBT-I is a form of psychotherapy that attempts to modify emotions, behaviors and thoughts related to sleep. Mao noted that CBT-I has become the “gold standard” for treatment of insomnia, but it is an intensive intervention that is not available everywhere.

Aiming to find another therapy to compare with CBT-I, Jun’s team consulted a group of patient advisers and conducted a survey of cancer survivors. Respondents preferred natural, non-pharmaceutical approaches for managing insomnia, and the researchers selected acupuncture to be evaluated in this trial. Acupuncture is more widely available than CBT-I and is offered at most comprehensive cancer centers.

The CHOICE trial (Choosing Options for Insomnia in Cancer Effectively), funded by the Patient-Centered Outcomes Research Institute, included 160 people who had been diagnosed with cancer an average of six years earlier. More than half were women and the mean age was approximately 62 years. They had completed treatment for breast, prostate, head and neck, colorectal and blood cancers; 6 percent were treated for more than one cancer type. They were diagnosed with insomnia based on structured clinical interviews with the research staff.

Study participants were randomly assigned to receive either CBT-I or acupuncture for eight weeks. The CBT-I group worked with a therapist to establish a restorative sleep schedule by reducing the amount of time spent in bed and using the bed only for sleep or sex; not eating, engaging in vigorous activity or using computers or cell phones before trying to sleep; relaxation training; and modifying unhelpful beliefs about sleep. The acupuncture group was treated with needles applied to points on the body associated with sleep, pain and depression.

At study entry and at the end of the eight-week intervention, participants completed the Insomnia Severity Index (ISI) questionnaire, which asks about difficulty falling and staying asleep and the impact of insomnia on daily functioning and quality of life. Scores of 0 to 7 indicate no significant insomnia, 8 to 14 is rated as mild insomnia, 15 to 21 is moderate insomnia and 22 to 28 is severe insomnia. At the start of the study, 33 participants had mild insomnia, 94 had moderate insomnia and 33 had severe insomnia. The primary outcome was changes in ISI scores at eight weeks, with further follow-up at 20 weeks.

Both groups reported similar improvements in physical and mental quality of life. Across all participants, improvement was sustained through 20 weeks. Adverse events were uncommon and mild.

“While both acupuncture and CBT-I resulted in clinically meaningful and durable effects among cancer survivors with insomnia, CBT-I was more effective, especially among patients with mild insomnia symptoms,” the researchers concluded.

Mao added that he and his team now plan to assess whether one or the other intervention is more beneficial for specific types of patients, and how to deliver them to more people.

“We know that sleep is critical to the health of patients with cancer, from active cancer care through survivorship,” said ASCO president Bruce Johnson, MD, who moderated the press briefing. “This research reinforces the understanding that there are a variety of effective, non-medical tools, including psychological counseling and acupuncture, that can improve sleep and insomnia beyond traditional medicines, which can cause side effects that may diminish quality of life in other ways.”