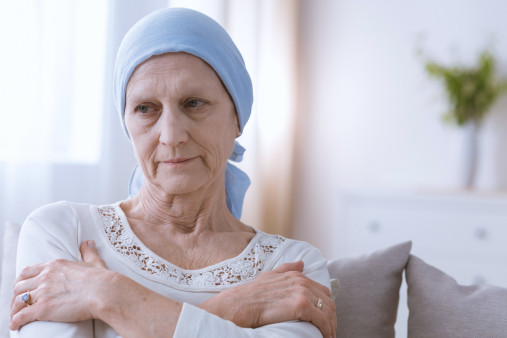 Although this subtype is associated with a favorable five-year relative survival rate, there is a risk of disease recurrence several years after treatment.

HR-positive, HER2-negative breast cancer, also referred to as luminal breast cancer, is the most common breast cancer subtype, accounting for approximately 67 percent of cases. Patients with this subtype are often treated with endocrine therapies, which work in various ways to prevent hormones from activating cancer growth. Although this subtype is associated with a favorable five-year relative survival rate, there is a risk of disease recurrence several years after treatment, explained Toi. “Because of the risk of recurrence, there is interest in identifying novel post-operative adjuvant therapies to be used in conjunction with endocrine therapy,” said Toi.

S-1 is a combination drug composed of tegafur, which is a 5-fluorouracil prodrug that inhibits DNA synthesis and cell division, and gimeracil and oteracil, which promote tegafur activity and prevent gastrointestinal toxicity, respectively. Previous studies suggested that combining tegafur with endocrine therapy could improve anti-tumor efficacy.

In this study, Toi and colleagues examined the efficacy of S-1 in combination with adjuvant endocrine therapy in patients. The study enrolled 1,939 patients with stage I-III HR-positive, HER2-negative breast cancer with intermediate or higher risk of recurrence in the full analysis set. The study included patients from 139 centers in Japan. Patients were randomized to receive either S-1 and endocrine therapy or endocrine therapy alone as adjuvant treatment.

“We found that the postoperative adjuvant use of S-1 in combination with standard endocrine therapy significantly reduced iDFS events and improved five-year iDFS estimates in patients with HR-positive and HER2-negative breast cancer,” said Toi. Furthermore, the S-1 treatment was well tolerated and manageable, according to Toi. Major toxicities associated with S-1 treatment included signs of bone marrow suppression, such as decreased neutrophil counts; gastrointestinal toxicities, such as nausea and diarrhea; hyperpigmentation; and fatigue.

“Our findings support the addition of S-1 to standard endocrine therapy in the post-operative adjuvant setting for patients with HR-positive, HER2-negative disease and an intermediate or higher risk of recurrence,” said Toi.

A limitation of the study is that it only included patients from Japan, and the toxicity profile may be slightly different between Asian and non-Asian patients, explained Toi.

This announcement was originally released on December 11, 2019, by the American Association for Cancer Research. It is republished with permission.