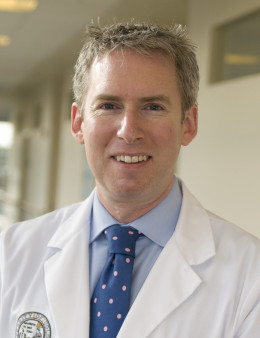 Targeted therapy reduced risk of disease progression or death by about 50 percent.

The kinase inhibitor Alunbrig (brigatinib) improved progression-free survival for people with ALK-positive advanced or metastatic non-small-cell lung cancer who had not previously tried this type of treatment, researchers reported this week at the 19th World Conference on Lung Cancer (WCLC) in Toronto and in The New England Journal of Medicine.

The ALTA-1L study showed that Alunbrig reduced the risk of disease progression or death significantly more than Xalkori (crizotinib), one of the current standard medications for this type of cancer. Alunbrig also showed greater activity against cancer that had spread to the brain.

“Interim data shows brigatinib is set to become a first-line treatment option for ALK-positive lung cancer,” lead investigator D. Ross Camidge, MD, PhD, of the University of Colorado Cancer Center said in a WCLC press release. “Even with only nine to 11 months of follow-up, the efficacy of brigatinib is clearly superior to crizotinib.”

Non-small-cell lung cancer (NSCLC), which accounts for more than 80 percent of all lung cancers, is often detected late and has a high mortality rate. About 234,000 people will be diagnosed with lung cancer and about 154,000 will die from it this year, according to the American Cancer Society.

Targeted therapy works against cancer with specific genetic mutations or other unique characteristics. Researchers have identified several driver mutations that contribute to the development of lung cancer. Alunbrig is a tyrosine kinase inhibitor that interferes with enzymes that play a role in cell growth, including ALK (anaplastic lymphoma kinase), ROS1 and EGFR (epidermal growth factor receptor).

Camidge and colleagues compared Alunbrig versus Xalkori in a Phase III clinical trial that included 275 people with advanced or metastatic (Stage IIIB or IV) NSCLC who had not previously used an ALK inhibitor or more than one systemic therapy for advanced lung cancer. Just over half were women, about 60 percent were white and the median age was 59. Nearly a third had metastasis to the brain. About a quarter had previously used chemotherapy.

Participants in this open-label study were randomly assigned to receive Alunbrig at a dose of 180 milligrams once daily (after a lower-dose lead-in period) or Xalori at a dose of 250 mg twice daily. Treatment continued until patients experienced disease progression or intolerable side effects. Some people who stopped Xalkori because of disease progression crossed over to Alunbrig.

After a median follow-up period of about 10 months, the median progression-free survival time—meaning patients were still alive without worsening of disease—was 9.8 months in the Xalkori group but was not reached in the Alunbrig group because a majority were still doing well.

Disease progression or death occurred in 26 percent of Alunbrig recipients and 46 percent of Xalkori recipients, representing a 51 percent lower risk in the Alunbrig group. This difference was statistically significant, meaning it was probably not attributable to chance alone.

Alunbrig worked better than Xalkori regardless of previous use of chemotherapy, and its superiority was more evident among people with brain metastases (disease progression or death in 20 percent versus 59 percent, respectively). Camidge explained that the difference in outcomes was largely driven by Alunbrig’s activity against cancer in the brain, which tends to be an earlier progression event.

The confirmed overall response rate—meaning complete or partial tumor shrinkage—was 71 percent in the Alunbrig group and 60 percent in the Xalkori group. Only around 5 percent in both groups had a complete response. However, Alunbrig recipients were much more likely than Xalkori recipients to experience shrinkage of measurable metastatic cancer in the brain (78 percent versus 29 percent, respectively).

Treatment was generally safe; 12 percent of Alunbrig recipients and 9 percent of Xalkori recipients stopped treatment early due to adverse events. The most common side effect in both groups was diarrhea. People taking Alunbrig were more likely to develop high blood pressure, cough, elevated creatine phosphokinase and other lab abnormalities, while those taking Xalkori were more likely to have constipation and swelling. Lung inflammation, or pneumonitis, was rare (3 percent).

Commenting on Twitter, H. Jack West, MD, of the Swedish Cancer Institute in Seattle noted that although Alunbrig showed “far better” progression-free survival and activity against brain metastasis than Xalkori, the ALK inhibitor Alecensa (alectinib) would be a better real-world comparator for Alunbrig.

Click here for the World Conference on Lung Cancer program.