The cancer community has been abuzz for nearly a week amid news alleging that pharmaceutical and consumer goods giant Johnson & Johnson has been misrepresenting or failing to report a potential link between its famous baby powder and an increased risk of ovarian cancer. A recent article in Popular Science overviews the Reuters special report, citing an expert who argues that the association between the two is much easier to prove in a courtroom than in a lab.

For those new to the story, a brief recap: Over the past several years, Johnson & Johnson has been fighting allegations that its baby powder, the main ingredient of which is talc, caused ovarian cancer in several women. This past summer, a court ordered the company to pay $4.69 billion in damages in a settlement. Last week, the Reuters investigation uncovered information suggesting that Johnson & Johnson had known since the 1970s that its baby powder might have been contaminated with small amounts of asbestos—a known carcinogen— and hid it from the public. Talc, as Popular Science points out, is most often collected from open pit mines and occurs naturally with asbestos.

So why does Johnson & Johnson maintain that its talc is safe and has been for years? Popular Science writer Claire Maldarelli points out that “a jury’s verdict isn’t the same as a scientist’s.” Even now, it is not definitively known whether Johnson & Johnson’s product actually contained asbestos or, if it did, whether it contained the toxic substance in significant enough amounts to cause cancer. Asbestos was first linked to cancer among coal miners and construction workers who were exposed to it at high levels; however, it’s harder to connect the trace amounts of asbestos that might be found in talc to cancer.

Critics have long argued that once it became clear more than four decades ago that talc could potentially be tainted with asbestos, Johnson & Johnson should have internally tested its products and openly communicated the results to the Food and Drug Administration and the public. The company didn’t, and now it faces a backlash.

Johnson & Johnson, for its part, continues to deny the claims, saying its baby powder is and always has been asbestos-free. In fact, the company has launched a massive online campaign to combat negative press about its products and has launched the website FactsAboutTalc.com in response.

Meanwhile, the American Academy of Pediatrics (AAP) warns against using baby powder, talc aside. Cancer risk or not, baby powder poses a choking hazard to infants. AAP recommends using an oil-based ointment if necessary. For adults, powder is a good alternative for treating skin irritation or chafing. 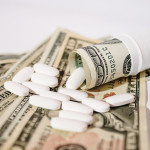