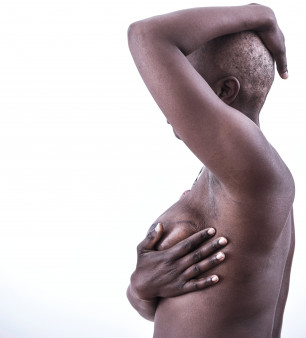 African-American women are 42 percent more likely to die from breast cancer than their white counterparts.

Breast cancer affects all population groups, yet age, race, ethnicity, income, insurance coverage and other factors influence who will develop cancer and who will survive. Although the overall rate of breast cancer is similar for Black and White women, African-American women are 42 percent more likely to die from the disease.

Other disparities for African-American women compared with White women include a higher rate of breast cancer before age 40, a greater likelihood of being diagnosed at a late stage and an increased risk of having triple-negative breast cancer, which tends to be more aggressive.

The biological reasons for breast cancer disparities among African Americans are not well understood. Triple-negative breast cancer, which makes up 15 to 20 percent of all breast cancers, is twice as common among Black women and is often diagnosed at a younger age.

Women with triple-negative disease are more likely to have BRCA gene mutations, an inherited factor that increases the risk of breast and ovarian cancer (Click here for more info). Yet despite their higher rates of triple-negative breast cancer and younger average age at diagnosis, Black women are less likely to be referred for genetic testing than White women.

“The quality of care and where you get your care is very important,” says Lucile L. Adams-Campbell, PhD, associate director for minority health and health disparities research at Georgetown Lombardi Comprehensive Cancer Center in Washington, DC.

Care choices may be limited by poverty, lack of adequate insurance, family situation, lack of transportation and living in an area without good services.

Black women very often experience longer delays between diagnosis and the start of treatment. A recent study at an Ohio cancer center found that it took 62 days for breast cancer treatment to begin for African-American women compared with 36 days for White women. That difference is a concern because a greater proportion of the Black women were diagnosed with positive lymph nodes, a sign of aggressive or advanced disease.

Provider bias can also contribute to differences in outcomes, Adams-Campbell says. “You might not be offered a clinical trial as a Black or minority person. They might think that you won’t want to do it or you’re not interested or you won’t complete it—without even knowing the individual.”

Cultural beliefs, too, may interfere with prompt care. Some African-American families never talk about cancer, even when it affects a family member. Black women may think they are at low risk and ignore symptoms, or they may take a fatalistic view of their future.

To reduce the number of African-American women diagnosed with late-stage breast cancer, Adams-Campbell urges keeping to a schedule of regular screenings. New guidelines from the American College of Radiology and Society of Breast Imaging may help with that goal. The guidelines recommend that all women should have a breast cancer risk assessment by age 30, but this especially holds for those at high risk, including Black women and women of Ashkenazi Jewish descent. That assessment would determine whether women should receive mammograms before age 40, the age at which women of average risk are advised to start screenings.

“When a woman comes in and says she has had a lump for a long time and has delayed seeking treatment because she almost didn’t want to know what the answer was—that to me is one of the most serious issues that can arise,” says Adams-Campbell. “Don’t let fear destroy your life.”

Click here to read about how Latonya Wilson advocates for better understanding of metastatic breast cancer and more outreach to African Americans.