Breast Cancer Can Come Back Years After Treatment Ends

Breast cancer recurrence can occur up to 15 years after finishing initial treatment and undergoing five years of follow-up hormone therapy, according to a large meta-analysis recently published in The New England Journal of Medicine. Although these findings suggest that some women may benefit from continuing hormone therapy for an additional five years, this must be weighed against the added side effects.

Women with larger breast tumors and those whose cancer had spread to multiple lymph nodes had about a 40 percent chance of developing cancer recurrence at distant sites away from the breast, such as the lungs, liver or bones. But on a reassuring note, the authors said that because women today are receiving more effective modern targeted therapies, they likely have a lower risk of recurrence.

“It is remarkable that breast cancer can remain dormant for so long and then spread many years later with this risk remaining the same year after year and still strongly related to the size of the original cancer and whether it had spread to any lymph nodes,” lead study author Hongchao Pan, PhD, of the University of Oxford said in a university news release. “This improved understanding of the factors that raise the risk of a late recurrence will help women and their doctors make individual decisions on how long to continue hormonal treatment.”

Breast cancer is usually treated with surgery to remove either the tumor or the entire breast, followed by radiation therapy and chemotherapy. Breast tumors are classified according to which receptors they express, indicating which type of treatment is likely to work. A majority of tumors carry estrogen receptors (known as ER-positive) or progesterone receptors (PR-positive) and some express HER2 (human epidermal growth factor receptor 2) receptors. Triple-negative breast cancer doesn’t express any of these receptors and is hardest to treat.

Estrogen encourages the growth of ER-positive breast cancer. Hormone or endocrine therapy that inhibits the production or activity of estrogen, such as tamoxifen (Nolvadex and generics) or aromatase inhibitors, can keep it under control. Follow-up, or adjuvant, hormone therapy is often used after surgery to prevent the growth of any remaining cancer cells; five years is a typical duration for this type of therapy.

Pan and fellow investigators with the Early Breast Cancer Trialists’ Collaborative Group conducted a meta-analysis of studies of follow-up therapy after breast cancer treatment, aiming to gather more data about the risk of distant cancer recurrence to inform decisions about whether to lengthen therapy.

This meta-analysis included 88 clinical trials that together enrolled nearly 63,000 women with ER-positive breast cancer diagnosed between 1976 and 2011 who showed no evidence of cancer after five years of hormone therapy. Follow-up continued for up to 15 years after stopping hormone therapy, or a total of 20 years after initial treatment.

More than 11,000 women developed cancer recurrence at distant sites, the researchers reported. Breast cancer recurrence occurred at a steady rate from five to 20 years after completing initial treatment, with about the same risk of recurrence during each subsequent year.

“Even after five years of adjuvant endocrine therapy, women with ER-positive, early-stage breast cancer still had a persistent risk of recurrence and death from breast cancer for at least 20 years after the original diagnosis,” the study authors concluded.

They suggested that extending hormone therapy for an additional five years might reduce the risk of distant metastases by a few percentage points even for low-risk women, with greater benefits for those with larger tumors or lymph node involvement.

“This study shows us what the risk would be if women stop treatment at five years, and this gives us a good idea of what the likely benefits of continuing therapy would be for each individual patient and so helps them and their health care providers decide whether to continue treatment,” senior study author Daniel Hayes, MD, of the University of Michigan Comprehensive Cancer Center said in a University of Oxford news release.

“To assess 20-year risks, we studied women who received their breast cancer diagnosis many years ago, and we know that treatments have improved since then, so women who were diagnosed more recently may be reassured that recurrence rates will be somewhat lower for them,” added another author, Richard Gray, MD, of the University of Oxford. “This study does show, though, why women with estrogen receptor positive breast cancer should at least consider taking anti-estrogen therapy beyond five years and may also help motivate women who are experiencing side effects to persist with treatment.”

Click here to read a University of Oxford news release about the study. 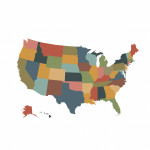 Cancer Incidence, Death Rates in 2040 Will Differ From Current Numbers