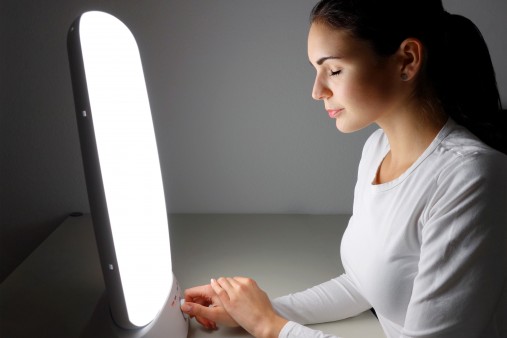 The therapy used to treat seasonal affective disorder shows promise as a treatment for poor sleep among this population.

Many cancer survivors experience chronic fatigue. Now, recent findings published in the Journal of Clinical Sleep Medicine indicate that bright light therapy, which is used to treat seasonal affective disorder and other conditions by exposure to artificial light, may help improve the sleep of these individuals, reports Reuters.

For the monthlong study, 44 cancer survivors were asked to sit very close to a light box early every morning for 30 minutes. Participants were randomly assigned to bright white light or dim red light therapy.

“Given that light exposure from being outside is generally much brighter than light received indoors, the addition of artificial bright light each morning helps cancer survivors reduce fatigue and improve their sleep quality by strengthening their circadian rhythms,” said study leader Lisa Wu, PhD, of the Northwestern University Feinberg School of Medicine in Chicago and the Icahn School of Medicine at Mount Sinai in New York City.

Despite these findings, researchers discovered that improvements in sleep quality linked to bright white light disappeared three weeks after participants stopped their light therapy, suggesting that ongoing therapy is needed to significantly improve sleep among survivors.

The study was limited by its small size and the fact that participants were screened only for cancer-related fatigue but not for sleep disorders. A major strength, however, was the inclusion of people with different types of cancer.

For folks who don’t have access to light boxes, a sleep researcher not involved in the study recommends going outside in the daytime for exposure to natural light or keeping indoor lighting as bright as possible in the morning.