Cancer is still the second leading cause of death in the United States—after heart disease—but mortality is declining. Over 25 years, the cancer death rate dropped by 27 percent, according to a new report from the American Cancer Society. That translates to 2,629,200 fewer deaths. The main reasons: less smoking and early detection and treatment.

But the report also shows that cancer affects some groups more than others. While racial disparities have narrowed, socioeconomic gaps are widening—especially for preventable cancers. Lower-income people are more likely to have risk factors such as smoking or obesity but less likely to receive timely screening and treatment. 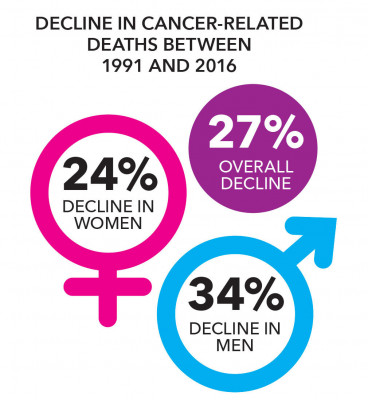