Sexual side effects are a common after various cancer treatments, including those for prostate, bladder and colon cancers.

Despite the high incidence of cancer treatment–related sexual side effects—especially after treatment for prostate, bladder or colon cancer—health care providers overseeing such care rarely address this subject with their patients, MedPage Today reports. As a result, people undergoing such treatment remain uneducated about these side effects and the various treatments that can help address them.

These were the findings from a pair of surveys presented at the Sexual Medicine Society of North America fall meeting in Nashville.

Justin Dubin, MD, of the University of Miami Miller School of Medicine presented findings from a 19-item survey about caring for the sexual health of cancer patients that he and his colleagues submitted to 88 oncologists and advanced practice providers. The response rate was quite low, with only 13 of the health care professionals, including nine oncologists and four advanced care providers, returning the survey—a fact that Dubin considers indicative of an overall lack of investment in this issue.

A majority (53.8%) said they never received training in treating erectile dysfunction, while 61.5% reported receiving no training in ejaculatory or orgasmic disorders among men. Similarly, 61.5% said they hadn’t been trained in female sexual disorders related to orgasm or libido.

Bruce Kava, MD, of the University of Miami, a coauthor on the study, called for oncologists to ask patients about their sexual health, provide options for solutions and refer them to a sexual health specialist.

In another presentation at the Nashville conference, Carolyn Salter, MD, of Memorial Sloan-Kettering Cancer Center in New York City, indicated a low level of awareness of cancer treatment–­driven sexual health side effects among patients and their sexual partners. Overall, she said, women receive a paucity of information from their cancer care providers about such matters, and often do not fully comprehend what information is conveyed to them.

To learn more about sexual health and cancer, click here. 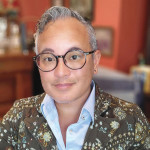 Sexuality: A Human Right for People With Cancer