When Melinda Bachini’s bile duct cancer (cholangiocarcinoma) spread to her lungs three months after surgery—currently the main treatment, offering the only chance for a cure—as a mom of six, she knew she would have to find another way to beat her cancer. Her oncologist found a clinical trial, which was a potential financial godsend since it meant the experimental treatment would be free. But there was a hitch: Bachini’s insurance wouldn’t cover the cost of standard medical care that went along with the trial. “I didn’t even know that was a possibility,” she says. “I just had no idea. I felt like the rug was pulled out from under my feet. I wasn’t willing to put my family in financial distress over the clinical trial, so we didn’t do it.” She and other cancer patients successfully lobbied her home state of Montana to change the law, but it was too late for Bachini to join that particular trial and benefit from her advocacy. (She eventually qualified for a different federally funded clinical trial that paid all her expenses.)

The financial toxicity of cancer—the high price of care,  along with the anxiety and suffering those financial burdens  often cause—is well known. A 2018 study that analyzed 42 clinical trials of cancer drugs approved by the Food and Drug Administration between 2006 and 2015 found that drug costs ranged from $5,454 to $45,004 per month. The average monthly cost more than doubled in that decade, from $7,103 in 2006 to $15,535 in 2015. Prices have continued to rise, and new drugs are prescribed in combination, further increasing costs. With rising co-pays, co-insurance and deductibles for private insurance, patients have to bear more of the costs of treatment. In one study of 9.5 million people diagnosed with cancer, 42.4 percent said they exhausted their entire savings and all their assets within two years of their diagnosis.

The results can be medically harmful as well. Research has shown that cancer patients confronted with high out-of-pocket costs may choose to forgo recommended treatments. People with cancer face a nearly threefold increased risk of bankruptcy, and research has found that people with cancer who do go bankrupt face a 79 percent higher risk of mortality than those who remain financially solvent. 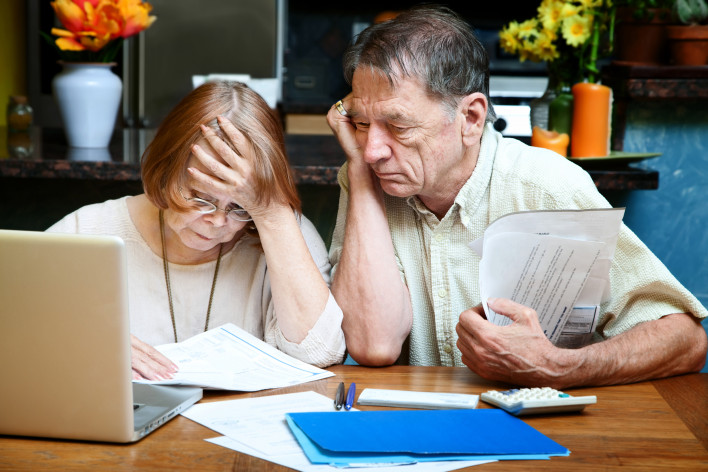 Part of the problem is the insurance industry’s lack of transparency concerning costs and coverage. In a recent study, “even when people were savvy, had asked the right questions, gone to the insurance websites and talked with their HR representatives, they were still being hit with unexpected bills or payments that they had to share more and more of out of pocket,” says Mary Politi, PhD, associate professor of surgery at Washington University in St. Louis.

Politi has firsthand experience with these challenges: Her mother received a bill for $11,000 just weeks after her father died from cancer in 2010. His insurer had denied a claim for one of her dad’s last chemotherapy treatments, deeming it “experimental” even though he had had the same therapy a few times and those other sessions had been covered. And it took many months and calls to resolve the issue. “It was really confusing,” says Politi. “And he had great insurance, so it wasn’t a case of being underinsured or having no insurance. It can happen no matter what your plan is.”

The Promise of Patient-Centered Research

How to Stand Up for Yourself