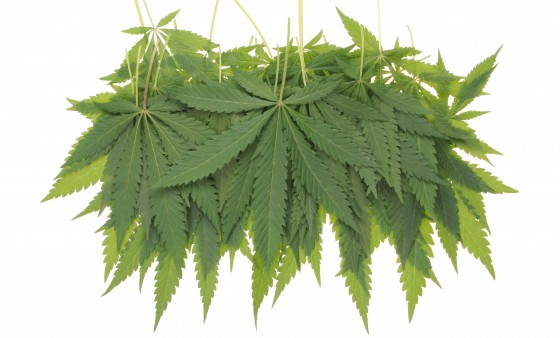 Cannabis Helps Relieve Symptoms of Cancer and Its Treatment

Cannabis led to improvements in cancer- and chemotherapy-related symptoms such as sleep problems, pain, nausea and loss of appetite, according to a study published recently in the European Journal of Internal Medicine. Another study in the same issue found that medical marijuana is safe and effective for older patients treated for cancer and other conditions.

Prior research has shown that cannabis is widely used by people with cancer. Although medical marijuana studies have been limited by federal restrictions, a research review by the National Academies of Sciences, Engineering, and Medicine concluded that cannabis and its chemical components could reduce chronic pain and help manage chemotherapy-induced nausea. Some studies show that cannabis slows the growth of cancer cells in test tubes and in mice, but it has not been proved as an effective cancer treatment or cure in clinical trials.

The two recent studies were conducted by researchers at the Cannabis Clinical Research Institute at Soroka University Medical Center and Ben-Gurion University of the Negev in Israel. The team included Raphael Mechoulam, PhD, the biochemist who first isolated and synthesized tetrahydrocannabinol (THC), the main psychoactive component in marijuana. Some of the researchers were affiliated with Tikun Olam, an Israeli medical cannabis company that has developed strains of the plant to address specific symptoms.

In 2007, the Israeli Ministry of Health began providing approvals for medical cannabis for palliative therapy for cancer—that is, care aimed at relieving symptoms and improving well-being without attempting to treat the underlying disease. Tikun Olam operates a medical cannabis program under a license from the health ministry and provides marijuana for about a third of the 30,000 patients approved to use medical cannabis in Israel, according to the researchers.

The first study was an analysis of data routinely collected as part of the treatment program for 2,970 people with cancer who received therapy at the Cannabis Clinical Research Institute’s central clinic between 2015 and 2017.

Just over half were women, the average age was about 60 and around a quarter reported prior marijuana use. The most common cancer types were breast (21 percent), lung (14 percent), pancreatic (8 percent) and colorectal (8 percent). Half were at Stage IV, meaning they had metastatic cancer that had spread to other parts of the body.

During the intake session, patients complete an initial assessment that includes questions about symptoms, comorbidities, medication use and quality of life. A nurse takes a medical history and educates patients about the potential benefits and risks of cannabis and how to use it. Licensed methods of administration include smoking, capsules and cannabis-infused oil. This was not a controlled clinical trial comparing specific treatment regimens—study participants received individualized prescriptions.

At the outset, patients reported an average of 11 symptoms. The most common symptoms requiring therapy were sleep problems (78 percent), pain (78 percent), weakness and fatigue (73 percent), nausea (65 percent) and lack of appetite (49 percent). The median pain intensity was 8 on a scale of 0 to 10, and a third were taking opioids.

About 17 percent of participants reported having concerns about using cannabis including possible side effects, possible addiction, loss of control, lack of knowledge regarding its effects, cannabis being an illicit drug and worsening medical or mental condition.

Participants were asked to complete a follow-up questionnaire after six months. At this point, 25 percent had died and 19 percent had stopped treatment. Of those remaining, 1,211 people (61 percent of the original study population) responded.

The number of people reporting a high pain level fell from 53 percent at the outset to just 5 percent at six months. Conversely, the proportion saying they had a good quality of life rose from 19 percent to 70 percent. Over a third of responding participants reported that they had stopped taking opioid pain relievers, and another 10 percent said they decreased their opioid doses.

Side effects of cannabis use were uncommon and mostly minor and well tolerated, including dizziness (8 percent), dry mouth (7 percent), increased appetite (4 percent), sleepiness (3 percent) and psychoactive effect (3 percent). Among 249 respondents who stopped therapy, the most common reasons were no longer feeling a need for cannabis (29 percent), no therapeutic effect (23 percent) and side effects (19 percent).

“Cannabis as a palliative treatment for cancer patients is a well tolerated, effective and safe option to help patients cope with malignancy-related symptoms,” the study authors concluded. “Our analysis revealed that 60 percent of patients reported therapeutic success and factors that were associated with success included previous experience with cannabis, high levels of pain, young age and lack of concerns regarding negative effects of cannabis treatment.”

“These results demonstrate that, used together with traditional oncology therapies, specific cannabis strains are safe and effective with virtually no side effects,” Tikun Olam Pharmaceuticals CEO Sid Taubenfeld said in a press release.

In the second analysis, the researchers looked at characteristics of “elderly” people who used medical cannabis through the Tikun Olam program. Individuals over 65 account for a majority of people living with cancer, according to the American Society of Clinical Oncology.

Between January 2015 and October 2017, a total of 2,736 patients over age 65—with a mean age of 75—started cannabis therapy and answered the initial questionnaire. The most common indications for medical cannabis were pain (67 percent) and cancer (61 percent). Other conditions included Parkinson’s disease, post-traumatic stress disorder, ulcerative colitis, Crohn’s disease and multiple sclerosis.

Among the 901 participants who responded to the six-month follow-up questionnaire, 94 percent said they experienced improvement in their condition. The reported pain level fell from a median of 8 to a median of 4 on a scale of 0 to 10. Nearly 60 percent of those who initially reported poor quality of life said this had improved to good. In this analysis, 18 percent stopped taking opioids or reduced their doses.

The most common adverse events were dizziness (10 percent) and dry mouth (7 percent).