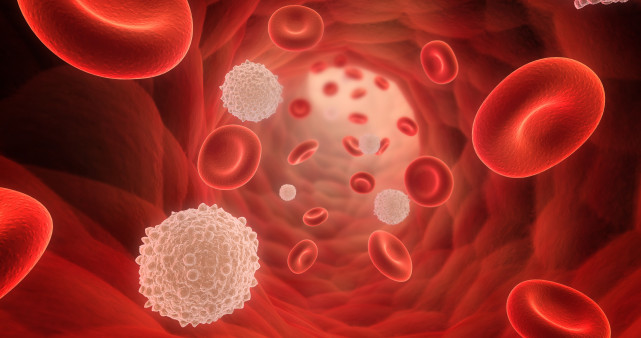 Chimeric antigen receptor T-cell (CAR-T) therapy appears to be a promising approach for adults with hard-to-treat chronic lymphocytic leukemia (CLL), especially when combined with targeted therapy, according to a pair of presentations at the American Society of Hematology annual meeting this week in San Diego.

CLL is the most common type of adult leukemia. Nearly 21,000 people will be diagnosed with this blood cancer and about 4,500 will die from it this year, according to the American Cancer Society. CLL involves overproduction of abnormal lymphocytes, usually antibody-producing B cells. As these cells grow out of control, they can crowd out normal blood cells, leading to anemia, increased susceptibility to infections and other complications. Although traditional therapy can sometimes put CLL into remission, it usually doesn’t eliminate all the cancer and relapse is common.

CAR-T therapy reprograms immune cells to recognize and attack cancer. A sample of a patient’s T cells are collected in a process called leukapheresis and sent to a manufacturing facility, where they are genetically modified to create a customized “living drug” designed to recognize and attack cancer. The patient’s existing immune cells are killed off with strong chemotherapy and the engineered cells are reinfused. Like the two approved CAR-T therapies—Novartis’s Kymriah (tisagenlecleucel) and Kite/Gilead’s Yescarta (axicabtagene ciloleucel)—JCAR014 T cells target the CD19 protein on B cells that grow out of control in leukemia and lymphoma.

A previous study showed that JCAR014 produced durable responses in some CLL patients after prior failure of Imbruvica, a drug that blocks Bruton’s tyrosine kinase (BTK), which plays a role in B-cell maturation. Gauthier’s team asked whether continuing Imbruvica while undergoing the CAR-T procedure could lead to better outcomes with fewer severe side effects.

This study compared 24 people in the prior no-Imbruvica cohort and 19 people in a new cohort who were treated with JCAR01 plus Imbruvica. In both groups, about 60 percent were men, the median age was approximately 63 years and more than 90 percent had experienced disease progression on Imbruvica. They were comparable in terms of genetic features and disease characteristics.

Participants in both cohorts received 2 million CAR-T cells after a lymphodepletion regimen of cyclophosphamide and fludarabine. The second group also received daily Imbruvica pills starting at least two weeks before leukapheresis and continuing until at least three months after JCAR014 infusion.

More people in the Imbruvica cohort achieved complete or partial response as compared with the no-Imbruvica cohort (83 percent versus 65 percent). Among those with no cancer in their bone marrow according to a sensitive deep sequencing test, overall response rates were 85 percent and 50 percent, respectively.

Administration of cyclophosphamide/fludarabine, Imbruvica and JCAR014 was well tolerated in most patients, Gauthier reported.

CAR-T therapy can cause potentially life-threatening side effects because the modified T cells not only kill cancer cells, but can also trigger an excessive immune response that harms healthy tissue. This cytokine release syndrome (CRS) can cause symptoms ranging from flu-like side effects to organ failure and neurotoxicity. Imbruvica side can cause depletion of white blood cells (neutropenia) and platelets (thrombocytopenia), which can lead to infections and easy bleeding, as well as tumor lysis syndrome, metabolic abnormalities that can occur when many cancer cells are killed at once.

About a third of study participants stopped Imbruvica or reduced their dose due to side effects. The occurrence of severe blood cell depletion was similar in both cohorts, and combining Imbruvica with JCAR014 did not affect the frequency or severity of neurotoxicity. Although a similar proportion of people in both groups developed CRS overall, severe (grade 3 or higher) CRS occurred less often in the Imbruvica cohort (zero versus 25 percent). There were two deaths in the Imbruvica cohort, one deemed related to JCAR014 and one related to Imbruvica.

Continuing Imbruvica while receiving CAR-T therapy “might decrease the incidence of severe CRS and improve responses in patients with relapsed or refractory CLL,” the researchers concluded. Noting that not a single case of severe CRS was seen in the combination cohort, Gauthier said that these retrospective findings warrant a larger prospective study.

The prospective Phase I/II TRANSCEND-CLL 004 trial is currently evaluating a related CAR-T product, JCAR017, with or without Imbruvica, for people with CLL or the related condition small lymphocytic lymphoma (SLL).

JCAR017, like JCAR014, targets CD19 on malignant B cells and consists of both CD4 helper and CD8 killer T cells. As previously reported, it is also being developed for non-Hodgkin lymphoma.

Tanya Siddiqi, MD, of City of Hope National Medical Center in Duarte, California, presented results from the Phase I dose-escalation part of the study at the ASH meeting. She noted that eradication of minimal residual disease (MRD), or traces of remaining cancer in the blood or bone marrow, is an increasingly important endpoint and a predictor of improved survival.

The analysis included 16 people with CLL/SLL. Half were men and the median age was about 65. Three quarters were classified as high risk for disease progression based on TP53 mutation, 17p deletion and other genetic features and disease characteristics. All had previously tried Imbruvica and half had previously used both Imbruvica and Venclexta (venetoclax).

Here too, participants received a lymphodepletion region of cyclophosphamide/fludarabine followed by one of two doses of JCAR017 (50 million or 100 million modified T cells).

Siddiqi reported a best overall response rate of 81 percent, including 43 percent with complete responses. At 30 days after CAR-T infusion, 12 participants (75 percent) showed complete or partial responses and one person had progressive disease. Of those evaluated for MRD, 73 percent had undetectable cancer.

Side effects were considered “manageable.” The most common treatment-emergent adverse events were blood cell deficiencies. Three quarters of participants developed CRS, but only 6 percent had severe (grade 3 or higher) CRS. In addition, 38 percent had neurological toxicity, with 19 percent being severe. Thirteen percent experienced severe tumor lysis syndrome. Serious adverse events included speech impairment and encephalopathy. CRS usually occurred within about a week after JCAR017 administration but some neurological events occurred later. A majority of people received Actemra (tocilizumab) or steroids to manage side effects.

“In CLL, undetectable MRD correlates with improved outcomes for patients and is particularly difficult to achieve in patients who have progressed on ibrutinib,” Siddiqi said in a Celgene Press release. “The high response rates we observed in heavily pretreated patients in this initial data set, along with undetectable MRD status, that appears to be maintained over time, warrants further investigation of liso-cel in this area of high unmet need.”

Click here to learn more about the different types of leukemia.