A third of patients taking neoadjuvant Opdivo had complete responses in an early analysis.

Treatment with the checkpoint inhibitor Opdivo (nivolumab), with or without Yervoy (ipilimumab), before surgery for liver cancer led to complete tumor response in three of eight patients, according to interim study findings presented at the 2019 Gastrointestinal Cancers Symposium this week in San Francisco.

Over years or decades, chronic hepatitis B or C, heavy alcohol use, fatty liver disease and other causes of liver injury can lead to the development of hepatocellular carcinoma (HCC), a type of primary liver cancer. HCC is often detected late and is difficult to treat. If diagnosed early, small tumors can sometimes be surgically removed (known as resection), but the recurrence rate is high.

Opdivo is a type of immunotherapy that blocks the PD-1 checkpoint receptor on T cells, which plays a role in regulating immune function. Some tumors can hijack PD-1 to turn off immune responses against them, and checkpoint inhibitors like Opdivo can release the brakes and restore T-cell activity. Yervoy is a different type of checkpoint inhibitor that blocks CTLA-4, which turns off immune responses by suppressing T-cell replication.

The CheckMate 040 trial showed that Opdivo delays disease progression or death in people with advanced liver cancer that is unresectable, or inoperable. These findings led to the approval of Opdivo for patients with advanced HCC who were previously treated with Nexavar (sorafenib). 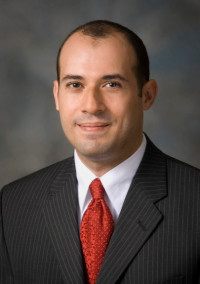 Ahmed Kaseb, MD, and colleagues at MD Anderson Cancer Center in Houston are conducting a pilot study to evaluate whether checkpoint immunotherapy could also be beneficial for people with less advanced liver cancer who are eligible for surgical resection.

Participants in this Phase II study were treated before surgery—known as neoadjuvant therapy—with either Opdivo alone or Opdivo plus Yervoy. Opdivo was administered by IV infusion every two weeks for a total of six weeks and Yervoy was given on the first day. The patients underwent surgery at week six and will continue on postsurgery immunotherapy for up to two years.

Kaseb presented the first interim results from eight evaluable patients. Of these, six were men and most were in their mid- to late 60s. Five had liver cancer related to hepatitis C, two had hepatitis B and one had no known risk factors. Five received Opdivo alone and three used Opdivo plus Yervoy.

All eight participants proceeded with surgery as planned, although one was unable to complete the operation. Three of the eight patients (37.5 percent) experienced pathological complete response, meaning there was no evidence of cancer in the liver tissue removed during surgery. Of these, two of them were taking Opdivo alone and one was taking both checkpoint blockers. Complete response was associated with an increased number of CD8 T cells, especially effector cells that attack tumors.

Treatment was generally safe and well tolerated and did not lead to delays in surgery, Kaseb reported. Only one person experienced severe (grade 3 or higher) side effects before surgery and two did so during postoperative follow-up. No life-threatening side effects were reported.

Although the study is ongoing and these results are preliminary, the researchers concluded that the findings “may contribute to a paradigm shift in the perioperative treatment of resectable HCC.”