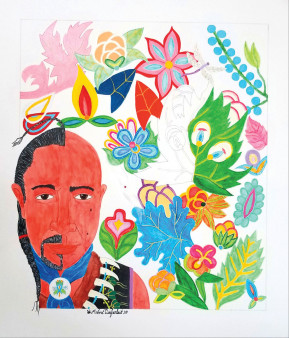 Native American artist and writer Robert DesJarlait, 74, of Onamia, Minnesota, is a member of the Red Lake Ojibwe tribe and a colon cancer survivor and advocate.

I began to feel a lot of fatigue. I’d had a heart attack the previous Thanksgiving, but this fatigue felt different. I went to my doctor, and she did blood work. My red cell count was down, and she said I was anemic. Then she asked if I’d be willing to see a specialist, so I said yes. I knew at that moment that it was cancer. My dad had died of stomach cancer in 1972. I was scared. I’d watched my father literally waste away for about nine months before he finally passed.

After I left the clinic, I sat in my car. The sun was out; the sky was blue. How would I tell my family, and what was going to happen to me?

When I went to see the gastroenterologist at the University of Minnesota Hospital’s Masonic Cancer Center, my wife, Nanette, came with me. They did a colonoscopy and found a fairly large tumor in the wall of my ascending colon, so they did a biopsy. Because it hadn’t broken through yet, my surgeon wanted to do surgery right away. 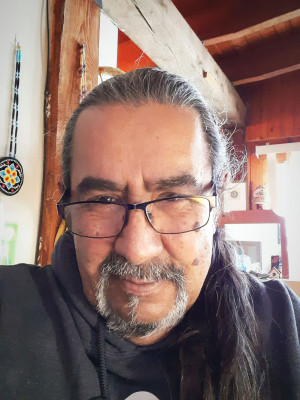 They performed laparoscopic surgery and removed my ascending colon. My cancer was classified as Stage I, and I didn’t have to have chemo. But my doctor did consider me a high-risk cancer patient and put me in touch with an oncologist.

I felt this little bump. When I mentioned it to my doctor, she told me it was a hernia from my surgery and not to worry about it. The oncologist put me on a five-year surveillance program with CT scans every 12 months plus lab and blood work. Because I was a high-risk patient, I had to have a colonoscopy each year. Afterward, everything was going good—year one: no problem; year two: no problem.

In my third year, something showed up on my CT scan. My oncologist said, “We found a small tumor—a lesion on the left lobe of your liver.” He ordered a PET scan. The liver lit up along with a lymph node in my neck. Another specialist did a biopsy on my neck. It was a benign tumor called Warthin’s tumor, which the doctors said they’d leave alone, as it was too near to nerves that went into my face.

My oncologist diagnosed me with Stage IV [metastatic] cancer because it had spread to another organ from the site of origin. Doctors prescribed six rounds of neoadjuvant, or preoperative, chemo using a platinum-based treatment of infusions, followed by chemotherapy pills that I had to take daily for three weeks. I would stop the pills for a week and then start my next treatment cycle. After my third infusion, I left the clinic and couldn’t breathe. Then the problem just went away. After a severe reaction to round four, my oncologist canceled the remaining two rounds, and we went ahead with surgery.

My operation lasted nine hours: three hours for the liver and six hours for the hernia. This second surgery was rough. I was in a lot of pain, and I could only hit the morphine button about every 10 minutes. I was out of the hospital in five days.

They put me on infusions of a plant alkaloid and a topoisomerase I inhibitor. I had nausea, diarrhea and fatigue and lost all my body hair except for my eyebrows. I’ve always worn my hair long, so it was hard losing my hair. I’m a dancer at powwows, and people were really shocked to see me with no hair. Sometimes, I would just take my hat off and let everybody see what was happening. The Ojibwe word for spider is asabikeshi. In my culture, asabikeshi also means cancer.

A friend who is a doctor told me that after surgery, the spider leaves behind its web, which spreads through your body. The chemo destroys the web. Hearing it from that tribal perspective deepened my understanding of what it was doing. 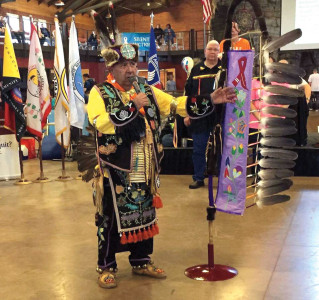 While going through treatment, I had a healing ceremony. At my house, a healer offered prayers and used an eagle fan to bathe me in smoke from sage—called smudging. We know that no ceremony is going to cure cancer. But there are things to help us psychologically, spiritually and mentally while we undergo treatment.

My work with the American Indian Cancer Foundation allowed me to attend powwows during the summer. I would tell people my cancer story and then talk about colon cancer. Native people have high rates of colon cancer, so I’d emphasize that people need to get screened.

In 2019, I had an art show called Reemergence with about 20 paintings at the Two Rivers Gallery in Minneapolis. I work in watercolor, and the subject matter of my art is the Ojibwe people. One of the things that changed my life around was when I quit drinking and using drugs in 1982, because at that point I got back to art. 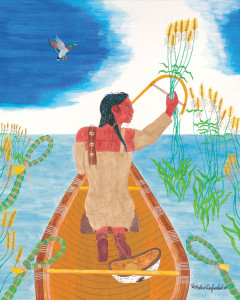 After I started my cancer journey, I looked at things I could accomplish. I had agreed to do an art show before COVID-19. When the pandemic came along, we did a virtual art show—Ojibwe Manidoowiwin. It was a successful solo exhibition that lasted from July through September.

On March 23, I was awarded the 2021 Minnesota Colorectal Champion by the American Cancer Society and the Colon Cancer Coalition for my work as an advocate. Then, on March 31, the American Indian Cancer Foundation honored me with a star quilt and plaque in recognition of my work in the Native American community.

I also just passed my fourth year on the high-risk surveillance program. I have one more year left. My last CT scan is in January 2022. I’m hoping I get there with no evidence of disease. 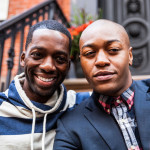 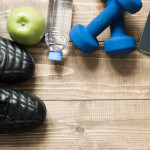 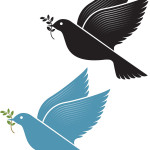