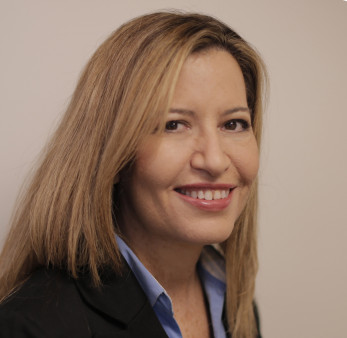 People under age 50 may see multiple doctors and be misdiagnosed one or more times before receiving an accurate diagnosis of colon or rectal cancer, according to a study to be presented at the 2019 American Association for Cancer Research (AACR) annual meeting next month in Atlanta. Because of this delay, younger colorectal cancer patients are often diagnosed with advanced disease that is more difficult to treat.

“Physicians may attribute patients’ symptoms to more common conditions, like hemorrhoids or inflammatory bowel syndrome, and may lack the urgency to refer patients to tests that may identify early-stage colorectal cancer,” said Ronit Yarden, PhD, director of medical affairs for the Colorectal Cancer Alliance, who previewed the findings at an AACR advance press briefing this week. ”Young people need to be aware that colorectal cancer can happen at any age and it is not a disease of old people."

Colon and rectal cancer, collectively known as colorectal cancer, is the second leading cause of cancer-related death for men and women in the United States. More than 101,400 people will be diagnosed with colon cancer and nearly 44,200 with rectal cancer this year, according to the American Cancer Society. New cases of colorectal cancer have declined overall—in part thanks to increased screening—but in recent years incidence has been rising among people under 50. About one in 10 cases occur in this younger age group, Yarden noted.

The U.S. Preventive Services Task Force recommends that people ages 50 to 75 should receive colonoscopies or fecal blood tests to screen for colorectal cancer, but some experts—including the American Cancer Society—say this should start earlier, at age 45. And individuals with risk factors such as a family history of colon cancer should start screening even sooner.

The Colorectal Cancer Alliance—an advocacy organization that aims to raise awareness about colorectal cancer prevention, as well as offer support to patients and fund research—conducted a survey of people with young-onset colorectal cancer, defined as diagnosed before age 50.

A total of 1,195 colon and rectal cancer patients and survivors completed the survey, administered via social media. The survey asked about diagnosis and treatment, psychosocial and financial issues and quality of life.

Although a majority of colorectal cancer patients age 50 or older are diagnosed at early stages thanks to screening, the reality is quite different for younger people, Yarden reported. In this group, 71 percent were diagnosed with advanced Stage III or Stage IV cancer that had spread to nearby lymph nodes or other parts of the body, a process known as metastasis. As a result, they needed more aggressive treatment that can lead to side effects and a decreased quality of life.

The survey revealed that nearly two thirds of respondents waited three months to a year after the onset of symptoms before visiting a doctor, in part because they didn’t recognize that their symptoms could indicate colorectal cancer, Yarden said.

What’s more, a majority of study participants were initially misdiagnosed: 67 percent saw at least two physicians before being correctly diagnosed, including 11 percent who saw four or more doctors. The most common incorrect diagnoses included hemorrhoids and inflammatory bowel disease or irritable bowel syndrome.

Importantly, if an individual is diagnosed with colorectal cancer, family members are also at risk and should start screening 10 years prior to the first person’s age at diagnosis or by age 40 at the latest. But many doctors failed to recommend early screening for patients’ relatives.

The survey results are a call to action, Yarden said. Physicians must be aware that colorectal cancer can occur in people under 50, and young adults should be aware that this cancer is not only an older person’s disease. Research to understand the underlying causes of young-onset colorectal cancer is critical for prevention and new treatments, the researchers concluded.

“These findings are upsetting because colorectal cancer is one of the most detectable cancers, and early treatment could cure most patients,” said Yarden. “Everybody should listen to their body, and, if it doesn’t feel right, go to the doctor to be tested.”

Click here to learn more about colon and rectal cancer.