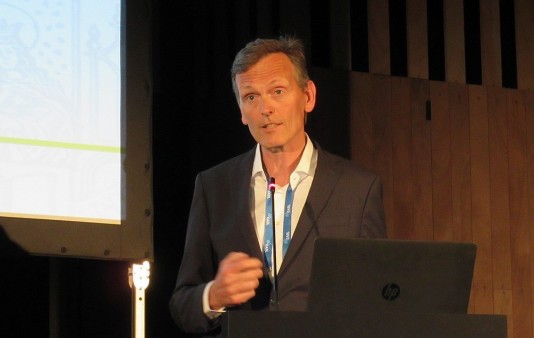 Local Therapies With Nexavar Do Not Improve Liver Cancer Survival

Adding internal radiation or TACE did appear to help certain people, however.

Combining Nexavar (sorafenib) with selective internal radiation therapy (SIRT) or conventional transarterial chemoembolization (TACE) did not improve overall survival for people with liver cancer, but it did lengthen survival for some subgroups of patients, researchers reported at the International Liver Congress this month in Paris.

Over years or decades, chronic hepatitis B or C, heavy alcohol consumption and other causes of liver injury can lead to the development of liver cirrhosis and hepatocellular carcinoma (HCC), the most common type of primary liver cancer, meaning it originates in the liver.

Liver cancer is often detected late, when it is difficult to treat, and it is a leading cause of cancer-related death worldwide. Depending on its stage, HCC may be treated with surgery to remove part of the liver (known as resection), liver transplantation, local therapies to destroy tumors within the liver or systemic drugs (meaning they reach the entire body). But many people experience continued disease progression or relapse, and survival is usually measured in months.

Nexavar is the standard first-line systemic therapy for people with advanced HCC and for those with early tumors who are either considered ineligible for local therapies or who experience disease progression despite such therapies. Nexavar is a kinase inhibitor that interferes with signaling proteins that promote the growth of cancer cells and the blood vessels that supply them.

This analysis included 424 participants in 11 European countries and Turkey who were not considered suitable for curative therapy. Instead, they were assigned to receive palliative care, which aims to improve symptoms but is not expected to produce sustained remission or a cure.

This cohort included mostly men with a median age of 66. Eighty percent had cirrhosis. About 40 percent had liver disease related to alcohol, a quarter had hepatitis C and about 10 percent had hepatitis B. They had a median of three liver tumors and about a quarter had metastasis, or cancer spread beyond the liver. To be eligible for the study, they could have received prior liver resection or local therapies but not external beam radiation therapy.

Study participants were randomly assigned to receive either Nexavar plus SIRT or Nexavar alone. SIRT was administered using beads containing radioactive yttrium-90 injected into the arteries supplying tumors. Actual treatment varied considerably in the intention-to-treat population; in fact, a quarter of those assigned to Nexavar plus SIRT received Nexavar alone, SIRT alone or no treatment.

Overall survival did not differ significantly between the SIRT plus Nexavar and Nexavar-only groups (median 12.1 versus 11.5 months, respectively). People who actually received Nexavar plus SIRT lived a bit longer (14.1 months), but the difference still was not statistically significant, meaning it could have been attributable to chance.

However, looking at various subgroups in the per-protocol or as-treated population, people under 65, those without liver cirrhosis and those without alcoholic liver disease appeared to do better with SIRT plus Nexavar.

Treatment was generally safe, but side effects were common. Diarrhea—reported by nearly half of participants—was the most frequent adverse event in both groups. Nearly 40 percent in both groups reported hand and foot syndrome, characterized by redness, swelling and pain on the palms and soles (a known side effect of Nexavar). Fatigue was more common in the Nexavar plus SIRT group (35 versus 22 percent). Serious adverse events were rare in both groups and reported quality of life was similar.

Ricke told reporters that it would be important to better define patient populations that might benefit from Nexavar plus SIRT, such as those with good liver function. Most people with liver cancer are older and have cirrhosis, but many have liver disease related to causes other than alcohol use.

“Although we were disappointed to find no overall survival benefit of adding SIRT to sorafenib across the entire study population, we did observe a survival benefit in younger patients, those with a non-alcoholic etiology of the cirrhosis, and those with no cirrhosis at all,” Ricke said in a press release issued by the European Association for the Study of the Liver. “We believe our results have generated some very interesting new hypotheses in terms of the types of HCC patients that might benefit from combination therapy of SIRT and sorafenib, and we hope to explore these further in the future.”

In a related study, Joong-Won Park, MD, of the National Cancer Center in South Korea, and colleagues compared Nexavar plus conventional TACE versus Nexavar alone for people with advanced HCC.

TACE destroys tumors by injecting chemotherapy drugs and Lipiodol (ethiodized poppy seed oil) to block the blood vessels that supply them. It is the most widely used first-line local therapy for inoperable liver cancer.

The Phase III STAH trial enrolled 339 participants from 13 hospitals in South Korea. More than 80 percent were men, and the mean age was about 61. Three quarters had hepatitis B and 68 percent had cirrhosis.

Here, too, overall survival was similar for patients randomly assigned to receive Nexavar plus TACE and those assigned to Nexavar alone (median 12.8 versus 10.8 months, respectively). However, combination therapy led to significantly longer survival when looking only at people who received two or more TACE sessions (18.6 months).

Other measures such as median time to progression (5.3 versus 3.5 months, respectively), progression-free survival (5.2 versus 3.6 months) and tumor response rate (61 versus 47 percent) suggested that combination therapy worked significantly better than TACE alone.

Serious adverse events were more frequent in the Nexavar plus TACE group compared with the Nexavar-only group (33 versus 20 percent, respectively). Severe side effects including elevated liver enzymes, elevated bilirubin and ascites were much more common in the combination group. About half of participants in both groups had hand and foot reactions.

Based on these findings, the researchers concluded, “In the patients who were able to undergo conventional TACE more than once, [Nexavar plus TACE] increased survival.”

Click here to read an EASL press release about the Nexavar plus SIRT study. 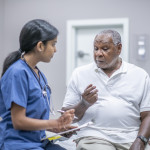 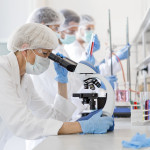 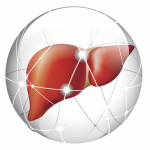