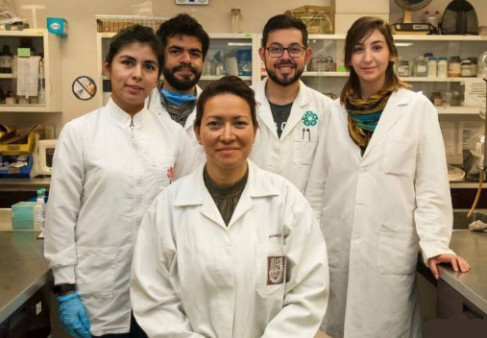 A Cure for HPV? Not So Fast…

The English-language article that went viral on social media, presumably translated from Spanish, included some implausible and even nonsensical claims—for example, that the researchers were “able to eradicate HPV…in 57.2 percent of women who…don’t have HPV.”

But further digging reveals an interesting area of research with some promising findings.

Headlines about cures for cancer, HIV and other serious diseases always warrant skepticism. The level of doubt was recently heightened after overblown claims that an Israeli biotechnology company would have a “complete cure” for cancer within a year. (Read Cancer Health’s report on the hype and the reality here.)

Dan Aridor of Accelerated Evolution Biotechnologies said the company’s cancer cure “will be effective from day one, will last a duration of a few weeks and will have no or minimal side effects at a much lower cost than most other treatments on the market,” according to a January report in the Jerusalem Post.

After that claim was repeated by many publications and went viral on social media, further investigation revealed that the company hoped to have its product—which so far has been tested in mice—ready for the first human clinical trials within a year. Only around 10 percent of drugs that enter clinical trials ever complete the process and gain approval from the Food and Drug Administration (FDA), with an even lower success rate for cancer therapies, according to a recent MIT study.

But back to the Mexican HPV research.

Eva Ramón Gallegos, of IPN, and colleagues evaluated the effectiveness of photodynamic therapy for the treatment of precancerous cervical lesions in Mexican women with or without HPV.

The IPN issued a press release (the Google translation from Spanish is pretty good) and tweeted about the research last week in recognition of World Cancer Day.

Photodynamic therapy (PDT) involves topical application or injection of a photosensitizing drug, which is then exposed to a specific wavelength of light to kill cancer cells. Gallegos and colleagues used an agent known as delta-aminolevulinic acid or 5-ALA.

Although not specified in the press release or newspaper article, it appears that a report about the first stage of Gallegos’s research was published in 2017 in the journal Photochemistry and Photobiology.

That study included 30 Mexican women with HPV infection, grade 1 CIN lesions or both. Topical 5-ALA was applied to the cervix. After four hours, the area was irradiated with light at a wavelength of 635 nanometers, repeated twice more at 48-hour intervals. Follow-up examinations included cervical cytology (microscopic examination of cells removed in a Pap smear), colposcopy (observation of the cervix with a lighted instrument after vinegar is applied to turn abnormal tissue white), histopathology (laboratory examination of tissue samples) and polymerase chain reaction tests to measure HPV viral load.

The researchers found that 12 months after treatment, 83 percent of women with HPV-associated CIN cleared HPV infection, as did 80 percent of those with HPV but no CIN. Further, 57 percent of the women showed regression of cervical lesions, though this result was not statistically significant, meaning it could have been attributable to chance. Based on these findings, the researchers concluded that 5-ALA is “effective in eliminating HPV infection associated or not with CIN I.”

According to the IPN press release, the researchers conducted another study of 29 women in Mexico City using double the concentration of 5-ALA but administered twice instead of three times. Here, HPV was eliminated in 64 percent of women with both HPV and lesions, 100 percent of women with HPV but no CIN lesions and 57 percent of those who had lesions without HPV. It’s obviously impossible to eliminate HPV that doesn’t exist, so the latter number may be intended to refer to CIN regression, in parallel with the results from the first study.

Gallegos and colleagues are not the only ones to use PDT to treat HPV-associated skin abnormalities, including genital warts and precancerous lesions (see, for example, here, here and here). One study with a control group saw CIN regression in 57 percent of women treated with PDT versus 25 percent of untreated women, as early dysplasia sometimes resolves on its own.

It’s not clear how photodynamic treatment might eliminate HPV infection, which would seem to require some type of antiviral therapy. But there’s clearly something going on. Treatment that irradiates an area of precancerous tissue could eliminate any virus residing in that tissue. But beyond that, Chinese researchers recently reported that PDT appears to eliminate latent or “subclinical” HPV infection even after skin lesions are gone. And a team from Italy found that PDT may increase migration of T cells and other immune cells to the treated area.

The news also presents an opportunity to promote HPV vaccination. The new Gardasil 9 vaccine protects against several of the most common cancer-causing HPV types (16, 18, 31, 33, 45, 52 and 58) and two wart-causing types (6 and 11). It is recommended for girls and boys around age 11 or 12, before they become sexually active. However, the FDA recently approved the vaccine for women and men up to age 45, meaning people who were not vaccinated as teens or young adults may still be able to benefit.