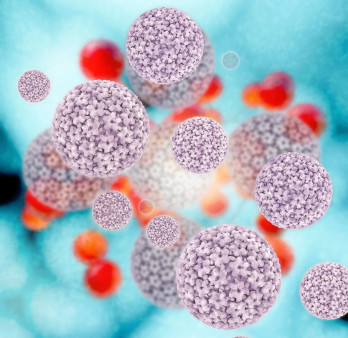 HPV Vaccine Approved for Women and Men up to Age 45

On October 5, the Food and Drug Administration (FDA) expanded its approval of the Gardasil 9 vaccine, which protects against nine difference strains of human papillomavirus (HPV), to cover women and men ages 27 to 45.

HPV is primarily a sexually transmitted disease, and most sexually active people carry some of the more than 100 known types. HPV can come and go over time as the immune system clears it and reinfection occurs. HPV triggers abnormal cell growth, including warts and precancerous tissue changes known as dysplasia.

Vaccines can prevent people from becoming infected with HPV in the first place. Over the past decade, HPV vaccines have expanded to cover more virus types, and their approval has extended to larger segments of the population.

HPV vaccines were previously approved only for young women ages 9 to 26, as immunization is more likely to be effective if given prior to becoming sexually active. The approval was later extended to young men in the same age group. The Centers for Disease Control and Prevention now recommends HPV vaccination for both boys and girls at age 11 or 12.

Last week’s expanded approval covers people from age 27 up to age 45. With the latest vaccine protecting against nine HPV types, there is a greater likelihood that older adults have not been infected with all of them and could therefore benefit from immunization.

This approval was supported by a study of more than 3,000 women ages 27 to 45. Over 3.5 years of follow-up, Gardasil 9 was 88 percent effective against persistent HPV infection, genital warts, cervical, vulvar and vaginal precancerous lesions, and cervical cancer caused by the nine covered HPV types. There is less research on outcomes among men, but studies show the vaccine stimulates immune responses in men as well as women.

Gardasil 9 is generally safe and well tolerated, with the most common side effect being mild to moderate injection-site reactions.

"Today’s approval represents an important opportunity to help prevent HPV-related diseases and cancers in a broader age range,” Peter Marks, MD, PhD, director of the FDA’s Center for Biologics Evaluation and Research, said in a news release. “The Centers for Disease Control and Prevention has stated that HPV vaccination prior to becoming infected with the HPV types covered by the vaccine has the potential to prevent more than 90 percent of these cancers, or 31,200 cases every year, from ever developing.”