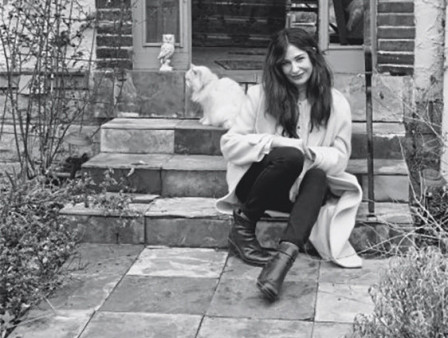 Anne Boyer, a poet and essayist who lives in Kansas City, Missouri, writes about her experience with triple-negative breast cancer in The Undying.

“The Underlying” by Anne BoyerCourtesy of Farrar, Straus and Giroux

In the cancer pavilion, disobedience is dangerous, but so is going along.

I begin to think that I have to leave my first oncologist—the one we call Dr. Baby—because, despite its being the standard of care, the treatment he is giving me doesn’t seem to work.

I feel like I am fighting for my life against a putto—a decorative Renaissance cherub. My friends don’t know who to believe about this question of my treatment: me, the chemo-damaged dérangée spending drug-hazed nights on PubMed, or Dr. Baby, a bald middle-aged man who wears slip-on clogs.

I like Dr. Baby, of course, and am certain that Dr. Baby cares about me, but not enough to be brave in the way I need him to be. Dr. Baby is making the decisions he believes are best for me, saying that a more aggressive treatment holds too great a risk for a younger patient because of its debilitating future effects. I tell him that to not offer the most aggressive treatment is too great a risk for a young patient because the survival numbers for the standard-of-care treatment are not acceptable.

I do not want to die, I tell him. I still have a lot left to do. It is precisely because I still need time, I plead, that I will do anything to live.

My friend Cara has my back. She narrows her eyes and asks him: “What’s the worst that can happen?” Dr. Baby, after listing the disabling long-term side effects, says to Cara, “She could die.” Then he says, distraught enough that we believe him, “I’ve seen people die of chemotherapy.” Oncologists, too, fear oncology.

I go to another oncologist for a second opinion. She is a specialist in my cancer. It has been suggested to me that the regimen she prescribes for her patients, in furtherance of her research, is unusually aggressive and controversial. I don’t care because I want to live. The new oncologist says, upon hearing the facts of my triple negative’s specific subtype, that I am correct, that I have read the studies correctly, that the treatment I am asking for is indeed the one she believes will work.

I become her patient.

She is correct and I am correct, but Dr. Baby is also correct. The new treatment is disabling, not just during, but for years after. Even by the extreme standards of chemotherapy, it feels like too much.

This new oncologist can barely remember my name, has none of Dr. Baby’s befuddled charm or intensity of feeling. But within days of the first infusion of the drug combination I was sure I needed, the tumor, which had been a nagging, terrifying, unshrinking pain in my breast for the duration of chemotherapy, finally ceases to hurt.