Dogs May Unlock the Secrets of Brain Cancer in Humans

Due to similarities between brain cancer in dogs and brain cancer in humans, canines may provide researchers with a good model for studying what are known as diffuse gliomas, Medical News Today reports. This would likely be an improvement over existing mouse models for studying such forms of brain cancer, which in people are exceptionally insidious and difficult to treat.

Just 5% of people diagnosed with a diffuse glioma, known as a glioblastoma in its most malignant form, survive for five years following their diagnosis.

Senator John McCain died of a glioblastoma brain tumor in 2018.

Scientists still don’t really know how gliomas develop and progress into a cancerous state, and a new animal model could help improve their understanding of the cancers.

Previous research has indicated that dogs are as susceptible to gliomas as humans. These brain cancers, however, more closely resemble pediatric human brain cancers, so dog models may be especially helpful in the development of treatments for children. (Several cancers in dogs share similarities with pediatric cancers, which has led to the foundation of the Canines-N-Kids Foundation, which promotes research on cancer in pet dogs.) Mice, however, have very different brains from humans, compromising the rodents as a model for glioma research in people.

Publishing their findings in Cancer Cell, a research team led by Roel Verhaak, PhD, of Jackson Laboratories in Maine, assessed the molecular signatures of 83 glioma samples taken from deceased dogs and compared them with biopsies drawn from adults and children with such cancers.

Genetic sequencing indicated that humans and dogs share similar mutations in the genes that govern cellular pathways key to the development of gliomas. This finding suggested that gliomas arise in a similar fashion in humans and dogs. Furthermore, chromosomal similarities between the dog samples and those taken from children were also observed. Lastly, the investigators determined that the human and canine immune systems responded similarly to the tumors.

These findings suggest that glioma treatments could be assessed in canines in order to provide vital guidance in the development of therapies for humans with such brain cancers. 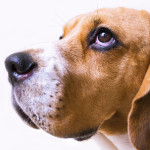 Putting a Target on Breast Cancer That Spreads to the Brain