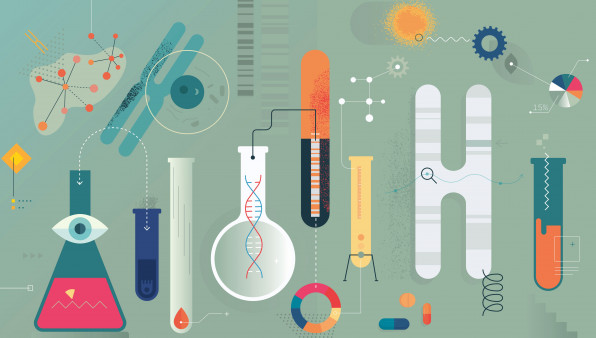 Early Signs of Efficacy of New Targeted Agents and Immunotherapies

Data from early clinical trials presented at the European Society for Medical Oncology (ESMO) Congress 2021 suggest that new anticancer treatments are on the horizon, with a clear emphasis on precision medicine.

Despite medical research suffering setbacks in the early days of the COVID-19 pandemic, the wealth of promising new agents and innovative therapeutic approaches currently in development is evidence that the oncology field is once again looking towards the future, closing the annual rendez-vous of the oncology community with a message of hope.

New Molecular Targets on the Way to Being Hit

As personalized medicine comes of age, an ever-increasing number of genetic alterations in cancer cells are being identified as potential targets for novel therapies. One example is a mutation causing loss of function of the tumor-suppressing gene ARID1A, which is found in an estimated 10% to 50% of solid tumors including endometrial, bladder, colorectal and bile duct cancers.

In a Phase II trial of the targeted agent ceralasertib, for which interim results were presented at this year’s ESMO Congress, a clinical benefit, defined as stable disease for at least six months, was observed for three out of 10 patients with advanced solid tumors exhibiting ARID1A loss of function. Two participants with endometrial cancer remained on the treatment and exhibited ongoing complete responses 16 and 21 months, respectively, after its initiation.

According to Dr. Rodrigo Dienstmann of Oncoclinicas, Brasil, an expert in early drug development not involved in the study, this data is promising and adds to mounting evidence that tumors with this type of alteration are potentially sensitive to targeted therapies that exploit defects in cancer cells’ ability to repair damage to their DNA.

“We still need to understand whether this is tumor-type dependent and whether other alterations within the tumor need to be taken into account, because we see ARID1A mutations in many cancers from gynecological to esophageal malignancies, but we currently do not know whether they have the same behavior in each disease. That is why going forward, it will be key to obtain a complete genomic picture of the cancer through next-generation sequencing early in the treatment journey,” he stated.

The hope that medicines targeting a specific mutation could effectively treat multiple different diseases in which it plays a role is also what motivated the compassionate use of alpelisib [Piqray], an approved agent for the treatment of PIK3CA-mutated breast cancer, among patients with PIK3CA-related overgrowth spectrum (PROS)—a rare, life-threatening syndrome caused by sporadic mutations in the same gene and leading to malformations and overgrowths in different parts of the body.

A retrospective analysis of patient charts from this compassionate use program showed that out of 31 evaluable cases, reductions in overgrowths were reported for 23 individuals (74%) alongside clinically meaningful and durable improvements of PROS-related signs and symptoms in a majority of patients (55% to 91%). The medicine proved safe in this mainly pediatric population, with 91% of participants remaining on treatment at the end of the study.

Prof. Alessandra Curioni-Fontecedro, medical oncologist at University Hospital Zurich, Switzerland, not involved in the research, commented: “Thanks to the increasingly widespread use of broad genetic testing, drugs we know in oncology are now finding new potential applications: the use of alpelisib is a very interesting approach for this rare group of illnesses with no approved treatment options to date.”

Delivering Anticancer Agents Straight to the Core of the Tumor Cell

According to Prof. Andrés Cervantes of Hospital Clinic Universitario Valencia, Spain, another novel treatment approach that showed promise at ESMO 2021 is represented by antibody drug conjugates (ADCs), which utilize antibodies that bind to proteins known to be produced in excess by a wide range of tumors to penetrate cancer cells and release cytotoxic agents that will cause the cells to die in a highly targeted manner while preserving healthy tissue in the body.

“The proteins targeted are so common that in a Phase I/II clinical trial of the antibody drug conjugate DS-7300, the investigators decided not to select patients based on the expression of the relevant protein B7-H3,” Cervantes noted.

Antitumor activity of DS-7300 was suggested by partial responses to the drug seen in 15 of the 70 patients (21%) enrolled in the study, with participants heavily pre-treated (median of four prior lines of therapy) achieving reductions in tumor size observed to last up to 40 weeks after the start of treatment.

Early signs of efficacy were similarly reported in a first-in-human trial of the antibody drug conjugate SKB264, where six out of 17 patients (35%) with locally advanced or metastatic solid tumors responded to the treatment. Both trials are now recruiting additional patients to further determine efficacy in tumors including breast, ovarian, gastric, lung, esophageal and prostate cancer.

“It is amazing that despite these being early clinical trials, both of them saw responses across different cancers with drugs that appear to be well tolerated as no dose-limiting toxicities were observed—thus underlining the future value of ADCs for a wider population of cancer patients. The time has come to study this promising therapeutic approach in larger trials to learn which other tumour types it may be effective against,” said Cervantes.

In the much-publicised immunotherapy arena, new technologies and mechanisms of disease are being utilized in an attempt to improve the efficacy of this treatment approach among patients with solid tumors, only 15% to 20% of whom have durable responses to existing immune checkpoint inhibitors.

Curioni-Fontecedro highlighted the exceptional results seen with a new type of cellular therapy, TC-210, which adapts the patient’s own T-cells to recognize the target protein mesothelin present on the surface of tumor cells in diseases such as ovarian cancer and mesothelioma.

In a dose-escalation study presented at ESMO 2021, all but one out of 16 patients experienced a reduction in the size of their tumor, and six participants saw their tumors shrink by more than 50% following a single infusion of TC-210. Among mesothelioma patients, making up three quarters of the study population, median overall survival was 337 days.

“Not much else has happened in terms of treatment for mesothelioma, so this type of cellular therapy could eventually make a real difference for patients,” said Curioni-Fontecedro. While citing the currently complex and lengthy production process of cellular therapies as a practical and economic hurdle to their further development, Curioni-Fontecedro also suggested that the heterogeneity of tumors may require approaches directed at multiple molecular targets in the future.

This was the case in another study presenting long-term follow-up data of 75 patients with cancers related to human papillomavirus (HPV) who had exhausted standard treatment options and been enrolled in Phase I and Phase II trials to receive bintrafusp alfa, an agent designed to activate the body’s immune response to the cancer by simultaneously blocking the well-known immune checkpoint protein PD-L1 and inhibiting the activity of the immune-suppressing molecule TGF-beta produced by cancer cells. The median duration of response to the treatment was 17 months, with some patients continuing to respond for much longer, and median overall survival was 21 months, with 40% of patients living past four years after starting treatment.

Prof. Sebastian Kobold of the University of Munich, Germany, an immuno-oncology expert with no ties to the research, commented: “This dual-targeting approach caused quite a dramatic response in patients with advanced HPV-positive cancers, even achieving complete remissions in four patients with just this one agent, which is very encouraging for an early-phase trial.”

Kobold concluded: “We need more of these alternative immunotherapeutic approaches—and, in parallel, further work is required to understand, including for immune checkpoint blockade, which are the patients who will benefit most from this type of therapy so that we can focus future efforts on them.”

“The ESMO Congress 2021 strongly confirmed that cancer research works, including for rare cancers that are usually orphan of new treatments,” added Antonio Passaro, ESMO 2021 Press Officer, of Istituto Europeo di Oncologia, Italy. "The ESMO Congress has offered the stage for promising developments to be presented to the oncology community, looking beyond for the development of new agents, both for biomarker-driven and agnostic approach, but also to improve the management of resistance after molecular or immune treatments. These prospects might well encourage oncologists and cancer researchers worldwide to continue on the quest to significantly improve the survival and quality of life of our patients.”

This news release was published by the European Society for Medical Oncology on September 24, 2021.