The experimental site-agnostic therapy entrectinib was highly effective in children and adolescents whose tumors had specific gene fusions or mutations, according to advance results from a study to be presented next month at the 2019 American Society of Clinical Oncology (ASCO) annual meeting in Chicago.

Half of the 29 pediatric patients in the Phase I study had NTRK, ROS1 or ALK gene fusions or mutations, and everyone in this group experienced tumor shrinkage, Giles Robinson, MD, of St. Jude Children’s Research Hospital in Memphis, reported during an advance press briefing.

“Our results show that children with life-threatening cancers can benefit greatly evenafter other conventional therapies have not worked—we’ve seen some rapid and durable responses, which is very gratifying,” Robinson said. “These early findings suggest that this therapy holds great promise for those whose tumors have these specific gene fusions.”

Entrectinib, from Genentech, inhibits the activity of TRK (tropomyosin receptor kinase), ROS1 and ALK (anaplastic lymphoma kinase) enzymes. TRK proteins are encoded by three different neurotrophic receptor tyrosine kinase genes, known as NTRK1, NTRK2 and NTRK3. When one of these genes in a cancer cell fuses with another unrelated gene, it acts as an “ignition switch” to promote cell growth.

Bayer’s Vitrakvi, the first approved medication designed to work against cancer with a specific genetic abnormality anywhere in the body, also targets NTRK fusions. These abnormalities occur in less than 1 percent of cancers overall, but it is more common in certain types of cancer. Entrectinib also targets the more common ROS1 and ALK mutations, which play a role in lung cancer and other malignancies. Because it penetrates into the central nervous system (CNS), entrectinib has the potential to treat cancer in the brain.

Robinson described results from the STARTRK-NG trial. The first phase of the study assessed the optimal dose, then more patients with the targeted gene abnormalities were added.

The study enrolled 29 participants with CNS tumors, neuroblastoma (a cancer than arises from fetal nerve cells) or other solid tumors that had relapsed or did not respond to prior treatment. Twelve of them had tumors with NTRK, ROS1 or ALK gene fusions or mutations. Patient ages ranged from five months to 20 years. Most of those with brain tumors had undergone surgery followed by radiation.

Entrectinib was given by mouth once daily. The recommended dose is based on size, 550 milligrams per square meter of body surface area.

Twelve participants had objective responses, meaning complete or partial tumor shrinkage, Robinson reported. All of them had the targeted gene fusions or mutations. No responses were seen in people whose tumors did not have these abnormalities. Progression-free survival in this early study was “promising,” said Robinson, noting that these cancers would be “uniformly fatal” if they did not respond to this therapy.

Among the five young people with evaluable CNS tumors and the targeted gene abnormalities, four had partial responses and one experienced complete remission; all of them had NTRK or ROS1 gene fusions.

Among the six patients with solid tumors outside the brain that carried the targeted gene fusions—three cases of inflammatory myofibroblastic tumors, two infantile fibrosarcomas and one case of melanoma—there were five partial responses and one complete remission. One individual with neuroblastoma, who had an ALK mutation, was also a complete responder.

“Entrectinib produced striking, rapid and durable responses” in all children with unresponsive CNS and solid tumors harboring the targeted gene fusions or mutations, the researchers concluded. “No responses were seen in tumors lacking aberrations in target kinases.”

Treatment was safe and generally well tolerated. Side effects included fatigue, elevated creatinine, taste changes (dysgeusia) and one case of pulmonary edema at a higher dose. Some participants gained weight, which is seldom seen with cancer medications, Robinson noted.

The median treatment duration for the responders was about 10 months and follow-up is ongoing. So far, there does not appear to be a point at which entrectinib stops working or becomes too toxic, according to Robinson. Recruitment for a larger Phase II trial limited to patients with the targeted gene abnormalities is expected to start soon.

Commenting on the study, ASCO President Monica Bertagnolli, MD, of Dana-Farber Cancer Institute in Boston, said, “There have been far fewer studies of targeted cancer medicines in pediatric populations than in adults. While these data are very early and more research is needed, they suggest the exciting possibility of the first treatment for childhood cancers that is effective based on tumor genetics instead of tumor type or location.”

Another study presented at the press briefing showed that a larger than expected proportion of children with cancer have genetic abnormalities in their tumors that could make them eligible for targeted therapies. 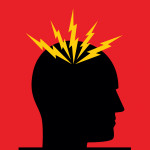