Those who exercise build up less liver fat, which is tied to inflammation that may give rise to cancer.

People who exercise regularly, especially those who do so vigorously, have a lower rate of hepatocellular carcinoma (HCC, the most common form of liver cancer), Healio reports.

Publishing their findings in the Journal of Hepatology, researchers analyzed data on 467,336 members of the European Prospective Investigation into Cancer and Nutrition cohort. During a median follow-up time of 14.9 years, 275 participants were diagnosed with liver cancer.

The study authors theorized that body fat accumulation around the waistline may be associated with liver cancer because it is tied to buildup of excessive liver fat, which produces molecules that give rise to inflammation. Chronic inflammation can itself drive the development of cancer. 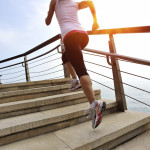 New Evidence on Importance of Muscle Health in People with Cancer