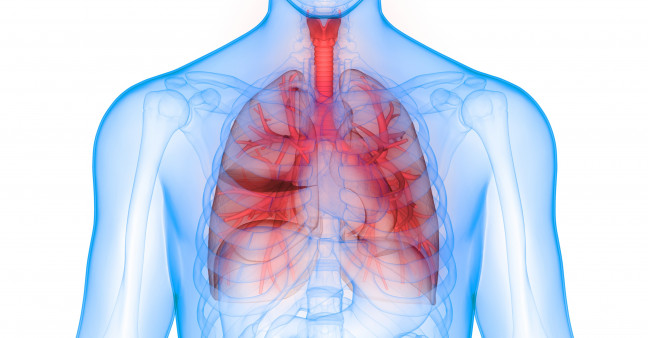 Lorlatinib shrinks tumors in half of patients previously treated with older ALK inhibitors.

On November 2, the Food and Drug Administration granted accelerated approval of Lorbrena (lorlatinib), a new precision therapy for people with ALK-positive metastatic non-small-cell lung cancer who were previously treated with older targeted medications.

Lorbrena interferes with the anaplastic lymphoma kinase (ALK) receptor tyrosine kinase, a protein that plays a role in cell growth and proliferation. Previously approved drugs in this class include Xalkori (crizotinib), Alecensa (alectinib), Alunbrig (brigatinib) and Zykadia (ceritinib). Lorbrena is used after these older ALK inhibitors have stopped working.

Non-small-cell lung cancer (NSCLC), which accounts for more than 80 percent of all lung cancers, is often detected at a late stage and has a high mortality rate. Genetic testing can show whether lung tumors carry so-called driver mutations—including ALK, EGFR and ROS1 changes—that trigger the development of cancer.

“The last decade has witnessed dramatic improvements in the treatment of metastatic ALK-positive non-small-cell lung cancer due to earlier generation ALK biomarker-driven therapies. Yet almost all patients still relapse due to drug resistance, with a large proportion of patients developing new or worsening brain metastases,” Alice Shaw, MD, PhD, of Harvard Medical School and Massachusetts General Hospital said in a Pfizer press release.

Lorbrena is taken as a once-daily tablet. It is indicated for people with ALK-positive metastatic NSCLC who experience disease progression on Xalkori and at least one other ALK inhibitor, or on Alecensa or Zykadia as a first-line therapy.

The accelerated approval of Lorbrena is supported by data from a Phase I/II study of 215 people with metastatic NSCLC who were previously treated with at least one older ALK inhibitor. The overall response rate, meaning complete or partial tumor shrinkage, was 48 percent—including 4 percent with complete responses—and the median duration of response was 12.5 months.

Treatment with Lorbrena is generally safe and well tolerated, but a third of clinical trial participants experienced serious adverse events and 8 percent stopped treatment because of side effects. The most common adverse events include swelling, peripheral neuropathy, cognitive and mood effects, shortness of breath, fatigue, weight gain, joint pain and diarrhea.

Lorbrena can cause serious liver toxicity if used with strong CYP3A inducers, drugs that affect how other medications are processed in the body. The Lorbrena label includes a warning about potential central nervous system side effects including seizures, hallucinations, and changes in cognitive function, mental status, mood (including suicidal thoughts) and sleep. It may also cause elevated blood lipids, heart problems (atrioventricular block) or lung inflammation (pneumonitis).

“Since leading with the first approval of a biomarker-driven treatment for ALK-positive non-small cell lung cancer in 2011, Pfizer scientists and clinicians have remained committed to researching and developing medicines that can further advance the care of these patients,” said Mace Rothenberg, MD, Pfizer’s chief development officer for oncology. “Lorbrena’s approval is an important milestone for patients, having demonstrated marked activity in a study that included a broad range of individuals with ALK-positive non-small cell lung cancer. This includes patients who were heavily pretreated and facing limited options after receiving first- and second-generation ALK tyrosine kinase inhibitors.”