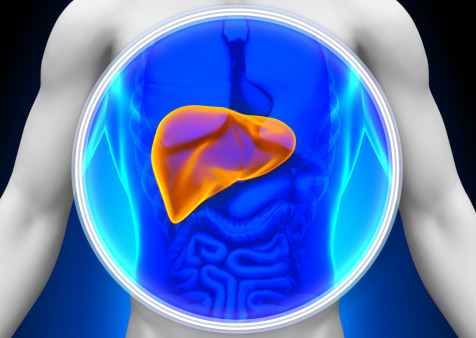 Lenvima works as well as standard therapy for metastatic or unresectable cancer.

On August 16 the Food and Drug Administration (FDA) approved the multikinase inhibitor Lenvima (lenvatinib) as a first-line treatment for people with hepatocellular carcinoma (HCC) that cannot be surgically removed.

The approval was based on an international study showing that Lenvima extended progression-free survival—meaning patients were still alive without worsening of disease—more than the current first-line standard of care, Nexavar (sorafenib).

Over years or decades, chronic hepatitis B or C, heavy alcohol use, fatty liver disease and other causes of liver injury can lead to the development of cirrhosis and liver cancer, of which HCC is the most common type. About 42,200 people will be diagnosed with liver cancer and about 30,200 will die of it this year, according to the American Cancer Society.

Liver cancer is often detected late and is difficult to treat. Nexavar was previously the only FDA-approved first-line therapy for HCC, but most people who use it experience disease progression. A similar medication, Stivarga (regorafenib), is approved for second-line HCC treatment after trying Nexavar.

All three drugs are multikinase inhibitors that interfere with multiple tyrosine kinases, including VEGF and RET, that play a role in cell growth and the formation of blood vessels to supply tumors.

The Phase III REFLECT trial compared Lenvima and Nexavar in 954 people with previously untreated metastatic or unresectable (unremovable) HCC. Most were men and two thirds were Asian. Three quarters had liver cirrhosis, half had hepatitis B and 23 percent had hepatitis C. Results were published in The Lancet in March.

The median overall survival was 13.6 months with Lenvima versus 12.3 months with Nexavar, showing that Lenvima was noninferior, but not statistically superior, to Nexavar. However, Lenvima did lead to significantly longer progression-free survival (7.3 versus 3.6 months, respectively), indicating that the difference was probably not due to chance alone. The overall response rate, meaning complete or partial tumor shrinkage, was nearly three times higher with Lenvima than with Nexavar (24.1 percent versus 9.2 percent).

Treatment with Lenvima was generally safe and well tolerated. The most common adverse events were high blood pressure, diarrhea, decreased appetite and weight loss. About a third of participants reduced their doses because of side effects. People taking Nexavar were more likely to develop hand-foot syndrome (palmar-plantar erythrodysesthesia), characterized by redness and peeling skin on the palms and soles of the feet.

Lenvima was previously approved for locally recurrent or metastatic thyroid cancer and for advanced kidney cancer. Recommended doses vary for the different cancer types. For people with HCC, the dose is 12 milligrams by mouth once daily for those weighing 60 kilograms (132 pounds) or more and 8 mg for those weighing less.

The approval of Lenvima brings the number of drugs approved for liver cancer in the United States to four—up from just one in 2012. In addition to Nexavar and Stivarga, the FDA approved the checkpoint immunotherapy Opdivo (nivolumab) for HCC last year.