Scientists have long known that flight attendants are more likely to get breast cancer and melanoma, but a new study published in the journal Environmental Health reveals that these airline employees are also at a greater risk for several other cancers, reports CNN.

Researchers surveyed participants of the Harvard Flight Attendant Health Study and compared the prevalence of their self-reported cancer diagnoses to that of National Health and Nutrition Examination Survey participants, an ongoing study of adults and children in the general population.

Findings were consistent with previous study results. Compared with the general population, flight attendants had a higher prevalence of breast, uterine, cervical, gastrointestinal, thyroid, melanoma and nonmelanoma skin cancers. Some of these rates, researchers concluded, were related to job tenure.

“Something that somewhat surprised us, to some extent, was that we also saw a higher instance of breast cancer in women with three or more children,” said study coauthor Irina Mordukhovich, PhD, a research associate at the Harvard T.H. Chan School of Public Health.

This finding was unusual because typically the more children a woman has, the lower her risk of breast cancer. But women with three or more children are also less likely to get enough sleep, which along with job disruptions can affect their daily sleep-wake cycle. Disruptions in circadian rhythms are also associated with increased cancer risk.

The study didn’t examine why flight attendants have higher rates of cancer. However, flight attendants are frequently exposed to possible cancer-causing substances, such as pesticides, fire retardants and jet fuel, as well as higher levels of cosmic ionizing radiation, a risk factor for cancer, according to the World Health Organization.

So what about frequent fliers? Although information on their cancer risk is lacking,Mordukhovich notes that they face similar exposures. The good news on this front, however, is that NASA is studying high-altitude radiation in an effort to improve monitoring for aviation industry crew and passengers.

Click here to learn about how lung cancer rates are now higher in young American women than men. 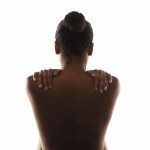 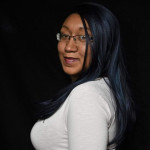