From surgery and radiation to chemotherapy, combination therapy and early detection, our ability to fight cancer has come a long way.

In 1947, when Dana-Farber Cancer Institute founder Sidney Farber, MD, set out to find a drug treatment for childhood leukemia, cancer treatment took two forms – surgery to cut out cancerous masses, and radiation therapy to burn them out. Cancers that couldn’t be removed or irradiated – either because of their position in the body, because they had spread to multiple sites, or because, like leukemia and lymphoma, they involved blood cells – were essentially untreatable. The dearth of treatment options reflected the fact that so much about cancer remained mysterious. Scientists and doctors had little idea how cancer starts, what causes it to grow and spread, and what, at the most basic level, drives its behavior. 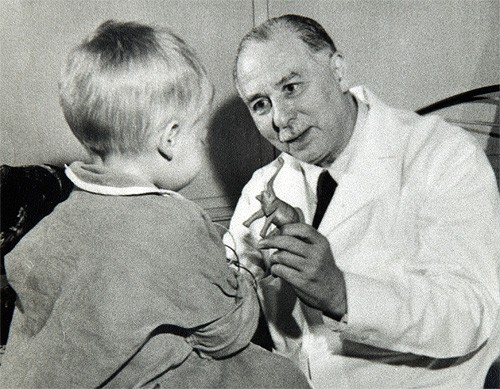 The possibility of treating cancer with chemical drugs – chemotherapy – had long intrigued physicians but was generally dismissed on the grounds that any treatment capable of killing cancer cells was thought to be too toxic to patients. That theory began to crumble in the mid-1940s, when researchers at Yale School of Medicine reported that a chemical agent could produce temporary remissions in some patients with lymphoma, a cancer of certain white blood cells. It eroded further when, a few years later, Farber achieved the first remissions in childhood leukemia with a different drug agent. Although those remissions, too, proved temporary, they were the impetus for a massive investment in research that would eventually make chemotherapy a mainstay of cancer treatment.

While chemotherapy, particularly in the form of combinations of drugs, remains one of the most effective weapons against cancer, it has been joined by an array of other treatments. As scientists have learned more about the basic mechanics of cancer cells – particularly the molecular changes that allow normal cells to become cancerous and to grow and spread in the body – they’ve found new ways of intervening in the cancer process. Their discoveries have given rise to drugs known as targeted therapies, which are designed to block the specific genes and proteins driving cancer growth.

Research into tumors’ interactions with surrounding tissue has resulted in forms of therapy totally unimaginable in Farber’s day. Today, scientists know a great deal about how cancer cells exploit surrounding, normal cells for their own benefit, how tumors tap into the bloodstream to nourish themselves, and how cancer cells evade an attack by the human immune system. The result is a new generation of therapies that take aim at cancer’s unique vulnerabilities: anti-angiogenic agents that choke off tumors’ access to the blood supply; drugs like venetoclax, which prompt cancer cells to self-destruct; and immunotherapy agents that heighten the immune system’s “radar” for finding and identifying cancer cells and lowering cancer’s defenses against an immune system attack. Immunotherapy agents, in particular, have scored some stunning successes in recent years. Agents known as checkpoint inhibitors, which make cancer cells “visible” to the immune system, have produced long-lasting remissions in cancers ranging from metastatic melanoma and lung cancer to Hodgkin lymphoma, kidney cancer, and bladder cancer. Even more recent are CAR T-cell therapies, which are made by engineering patient’s immune system T cells to be more effective cancer fighters.

The panoply of new cancer therapies includes agents that are hybrids of different treatments. These include so-called conjugate drugs, which fuse a chemotherapy drug to an antibody that delivers the drug directly to cancer cells. They also include gene-therapy techniques that insert key genes into immune system cells to improve the cells’ ability to track down and destroy cancer cells.

These and other advances, occurring within the span of a single human lifetime, have resulted in striking improvements in survival rates for many forms of cancer. In the 1940s, for example, the survival rate for children with leukemia approached zero. Today, 85 percent of children with acute lymphocytic leukemia are alive five years after their diagnosis, as are 60-70 percent of children and young people with acute myelogenous leukemia, according to the American Cancer Society (ACS). Survival gains are equally impressive for many adult cancers, ACS figures show. From 1975 to 2012 (the last year for which statistics are available), five-year survival rates for men with prostate cancer rose from 68 percent to 99 percent; from 75 percent to 91 percent for women with breast cancer; from 25 percent to 50 percent for patients with melanoma; from 50 to 66 percent for those  with colorectal cancer; and from 72 to 89 percent for those with Hodgkin lymphoma.

Work to Be Done

Around the world, scientists are working to improve those results even further, and to bring the same success to other cancers which remain very difficult to treat. Some of these efforts are devoted to the problem of treatment resistance, in which cancers that are initially susceptible to treatment manage to resume their growth, sometimes years later. Allied with these initiatives are efforts to lower people’s risk of developing cancer – through lifestyle changes such as stopping smoking and avoiding obesity; vaccines that prevent infection by the human papilloma virus, which is linked to cancers of the cervix, anus, and throat, and the hepatitis virus, which can lead to liver cancer; and cancer-prevention drugs such as tamoxifen, which can lower a woman’s risk of developing breast cancer. 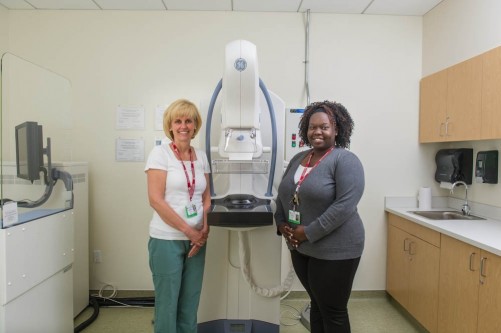 Dana-Farber practitioners with a mammogram machine.

Equally important has been progress in the early detection of cancer – critical, because the disease is often more treatable in its earlier stages. Advances in screening include mammography for breast cancer, colonoscopy for colon cancer, and the prostate-specific antigen (PSA) test for prostate cancer.

The treatment advances of the past 70 years would not have happened without the ingenuity, persistence, and probing intelligence of cancer scientists, nor would they have happened without patients who were willing to undergo treatment of potential new therapies in clinical trials. The history of progress against cancer is their history, as much as it is that of scientists.

This article was originally published on November 3, 2017, by Dana-Farber Cancer Institute. It is republished with permission.