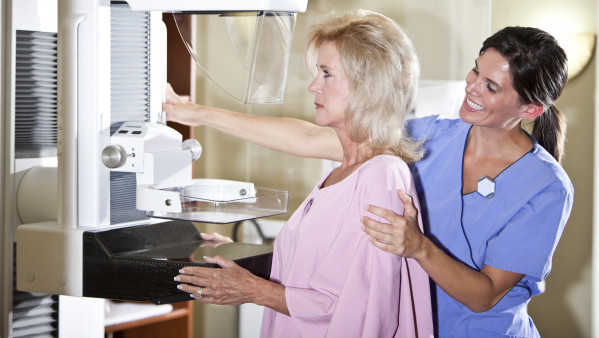 Study finds estrogen alone and estrogen plus progesterone after menopause have opposite effects on breast cancer incidence.

Menopausal hormone replacement therapy (HRT) that uses estrogen alone reduces the likelihood of breast cancer, while estrogen plus progesterone—a combination most women use—increases the risk of both developing and dying from the malignancy, according to research presented last month at the San Antonio Breast Cancer Symposium.

In two trials that together included more than 27,000 women, combination HRT significantly increased breast cancer incidence—an effect that persisted for more than a decade after discontinuing use, said lead study author Rowan Chlebowski, MD, PhD, of the Los Angeles BioMedical Research Institute at Harbor-UCLA Medical Center and the Lundquist Institute.

Many women use hormone replacement therapy to manage menopause symptoms such as hot flashes. Those who have had a hysterectomy (uterus removal) are typically prescribed estrogen alone, while those with an intact uterus usually receive both estrogen and progestin, a synthetic form of the naturally occurring hormone progesterone. Estrogen alone raises the risk of endometrial cancer in this group.

A majority of breast tumors are hormone receptor-positive, meaning they carry receptors for estrogen or progesterone. Greater lifetime exposure to estrogen is a know risk factor for breast cancer, but much remains to be learned. Prior research showed that combination HRT increases breast cancer risk, but results from studies of estrogen alone are mixed. One meta-analysis of 58 observational studies found that both types of HRT raise the risk.

The researchers assessed the long-term influence of estrogen plus progestin versus estrogen alone on breast cancer incidence and mortality among participants in two large randomized trials run by the Women’s Health Initiative (WHI) This long-term national health study, sponsored by the National Institutes of Health, focused on strategies for preventing heart disease, cancer and osteoporosis among postmenopausal women.

HRT was once routinely prescribed for menopausal women in an effort to reduce the risk of cardiovascular disease and bone fractures due to osteoporosis. The WHI is best known for showing that while combination HRT did reduce the risk of fractures and colon cancer, this benefit was outweighed by increased risk of breast cancer, coronary heart disease, stroke and pulmonary embolism. This part of the study was therefore halted ahead of schedule in 2002. After the results were announced, guidelines were changed to say that while it is appropriate to use HRT for a limited time to relieve menopause symptoms, it is not recommended for primary prevention of heart disease or osteoporosis.

The WHI enrolled postmenopausal women ages 50 to 79 with negative mammograms and no prior history of breast cancer at 40 centers in the United States between 1993 and 1998.

In one trial, 16,608 women with an intact uterus were randomly assigned to receive 0.625 milligrams per day of conjugated equine estrogens plus 2.5 mg per day of medroxyprogesterone acetate or placebos, which they took for a median of 5.6 years. In the second trial, 10,739 women who had undergone hysterectomy were randomized to receive estrogen alone or a placebo for a median of 7.2 years. Participants in the two trials were instructed to stop treatment in 2002 and 2004, respectively.

In the combined estrogen and progesterone trial, 360 new cases of breast cancers were diagnosed during the intervention period. Combination HRT was associated with a significant 26% increase in breast cancer incidence. After stopping HRT, 1,003 new cases were detected over about 18 years of follow-up. Combination HRT continued to increase breast cancer incidence long-term, raising the risk by 29%. Estrogen plus progesterone was associated with a 45% increase in breast cancer mortality, but this was not statistically significant, meaning it could have been due to chance.

In the estrogen-only trial, 238 new cases were diagnosed during the intervention period. Unlike combination HRT, estrogen-only therapy significantly reduced breast cancer incidence, by 24%. It was especially beneficial in reducing estrogen receptor-positive but progesterone receptor-negative cancers. After stopping therapy, 520 new cases were diagnosed over about 16 years of follow-up. Again, estrogen-only HRT was associated with a 23% reduction in risk over the long term. Estrogen alone also significantly reduced the likelihood of dying from breast cancer by 44%.

Estrogen alone and estrogen plus progesterone “have opposite effects on breast cancer incidence,” the study authors concluded. In both cases, the effect “is long term and persists over a decade after discontinuing use.”

“Women considering estrogen alone should know it’s safer and there may be a breast cancer benefit associated with its use,” Chlebowski said at a conference press briefing. “I think women considering estrogen plus progestin have a little bit more difficult dilemma, because they have to be willing to accept the maybe 20-year, and maybe lifetime, increased breast cancer risk.”

Chlebowski added that although combined HRT did significantly raise the risk of breast cancer, the absolute number of additional cases was small. He also cautioned that the findings may not apply to other preparations, doses or schedules of HRT administration beyond those evaluated in the studies. Finally, he said, the reason for the discrepancies between these findings and the results from earlier observational studies of women taking estrogen-only HRT remain unexplained.