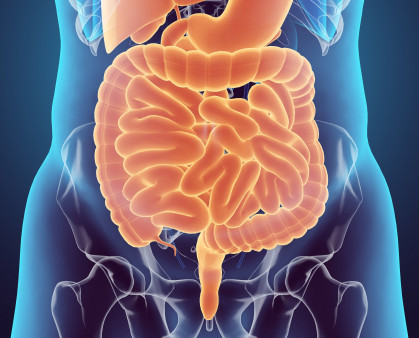 Although colorectal cancer can often be successfully treated if diagnosed early, it is difficult to treat once it has spread to other parts of the body, known as metastasis. Treatment usually involves a combination of surgery, chemotherapy, radiation and targeted therapy. Immunotherapy generally does not work against this type of cancer unless it has a specific genetic characteristic known as high microsatellite instability (MSI-H) or deficient mismatch repair (dMMR), meaning cancer cells are unable to repair DNA damage. Tumors with this mutation, which is present in around 10 percent of colorectal cancer, attract immune cells.

Imfinzi is a monoclonal antibody that blocks the PD-L1 protein on cancer cells. PD-1 is an immune checkpoint on T cells that plays a role in regulating immune function. Some tumors can hijack PD-1 to turn off immune responses against them. Drugs that block the interaction between PD-1 and PD-L1, its binding partner, can release the brakes and restore T-cell activity. Tremelimumab (which is not yet approved) blocks CTLA-4, a different immune checkpoint that suppresses T-cell multiplication.

The PD-1 checkpoint blockers Keytruda (pembrolizumab) and Opdivo (nivolumab) are approved by the Food and Drug Administration for MSI-H colorectal cancer. New study findings show that blocking PD-L1 may be effective as well.

Neil Segal, MD, PhD, of Memorial Sloan Kettering Cancer Center in New York and colleagues evaluated Imfinzi alone for MSI-H tumors in two studies. The first included 62 participants with advanced cancer, more than half of whom had colorectal cancer and almost all of whom had tried prior treatments. The second included 11 advanced colon cancer patients. They received Imfinzi by IV infusion every two weeks for a year or until disease progression occurred.

In the first study, the objective response rate—meaning complete or partial tumor shrinkage—was 23 percent overall and 22 percent for the colorectal cancer subgroup. Nine of the 14 responders were still responding at the time of data cutoff. Results were similar in the second study, with an overall response rate of 27 percent. One person in each study had a complete response, meaning no remaining cancer.

The one-year progression-free survival (PFS) rate—meaning patients were still alive without disease progression—was 38 percent for the colon cancer subgroup in the first study and 36 percent in the second study. The one-year and two-year overall survival rates for the colon cancer subgroup were 63 percent and 54 percent, respectively. In the second study, one-year survival reached 80 percent. The median overall survival could not be determined because a majority of participants were still alive.

Treatment was generally well tolerated. Only two people in the first study had severe side effects and one person in the second study stopped therapy because of a treatment related adverse event.

Based on these findings, Segal’s team concluded that Imfinzi monotherapy “showed promising antitumor activity and overall survival in patients with MSI-H tumors.”

Researchers are looking for ways to make immunotherapy effective for more patients. Combination therapy may help achieve this goal.

This study included 180 participants with colorectal cancer that was refractory (nonresponsive) to all other available treatments including chemotherapy and VEGF targeted therapy. This study was not limited to those with MSI-H tumors, and in fact only two people were found to have this mutation.

The overall response rate in this study was low—only one person randomized to Imfinzi plus tremelimumab had a partial response. The rate of disease progression (63 percent and 66 percent) and duration of progression-free survival (1.8 and 1.9 months) were similar in the Imfinzi/tremelimumab and supportive care groups.

However, stable disease—meaning no progression—was more common in the Imfinzi/tremelimumab group (22 percent versus 7 percent), and the so-called disease control rate was therefore higher. Overall survival was longer with the immunotherapy combination (6.6 versus 4.1 months) and the difference reached the study’s cutoff for statistical significance, meaning it probably was not attributable to chance. Ten people taking Imfinzi/tremelimumab, but only one receiving supportive care, were still alive the time of the report at 22 months.

Serious side effects were more common in the Imfinzi/tremelimumab group compared with the supportive care group (64 percent versus 20 percent), and the adverse event rate for the immunotherapy combination was higher than that seen with Imfinzi alone. However, these were largely abnormal lab values. People taking Imfinzi/tremelimumab were slightly less likely than those receiving supportive care to report a deterioration in physical function and were equally likely to report a decline in global health status.

“Results from the study suggest that the combination of durvalumab and tremelimumab prolongs overall survival of patients with refractory colorectal cancer,” and “quality of life is not adversely affected” in people treated with this combination, the researchers concluded.

Chen said that this is “the first study demonstrating immune checkpoint blockade effectiveness in colorectal cancer patients unselected for mismatch repair deficiency,” and suggested that the results warrant a Phase III study.

Discussing the presentation, Michael Overman, MD, of MD Anderson Cancer Center in Houston, said that these findings still need to be confirmed in larger double-blind, placebo-controlled trials before applying them to clinical practice.