Jamie Troil Goldfarb, 40, is a patient advocate and works in public relations. She lives in Takoma Park, Maryland, with her husband and son.

I had a birthmark on my left thigh that had changed over time. When I finally went to the dermatologist, it turned out to be Stage II melanoma. I had it removed. With clear margins, clear lymph nodes and clear scans, everything seemed fine.

I got the first of three infections at my surgical site. My primary care physician prescribed me antibiotics, and the infection went away.

After my third infection, the surgeon found a melanoma mass—Stage III—in the deep tissue, so I had another surgery. I had clear scans again. At the time, there wasn’t really anything to do for Stage III melanoma but watch and wait.

I got pregnant with our son, Kai. He was born in October.

My oncologist suggested we do a PET scan before I returned to work after maternity leave. The scan showed Stage IV melanoma in my liver and pancreas. I started a blog, Melanoma Mom, to raise awareness and keep my family informed.

My husband, Jeff, and I were working in recruitment for clinical trials, so we had a lot more information than the average patient. Clinical trials are not last-ditch efforts. They represent the best access to the most cutting-edge treatments. It wasn’t about deciding whether a clinical trial was the right thing to do—it was about which one to try.

We talked to melanoma experts across the country about what order to try treatments—some can cause long-term side effects that make you ineligible for other trials. Melanoma is a personalized cancer that your body can recognize and try to fight, which is why immunotherapies can be effective. I found out I was eligible and joined a tumor-infiltrating lymphocyte (TIL) trial at the National Cancer Institute (NCI) in Rockville, Maryland.

At NCI, they harvested lymphocytes from one of my tumors because those white blood cells knew how to recognize and attack the cancer. Then they genetically engineered the cells to express interleukin-12 (IL-12)—a naturally occurring anticancer agent—upon contact with tumors. The treatment basically reprogrammed my immune system to find and fight tumors.

While the cells were growing, NCI put me on a trial of high-dose interleukin-2 (IL-2). I received IV infusions every eight hours for as long as I could tolerate it. After four days, I’d have some time to recover before going back for another round.

IL-2 stimulates a full-body immune response in the hope that the immune system will stumble upon a tumor and attack it. It makes your immune system go crazy. All my skin from my head to my neck peeled off four times. I had rashes and itching, hallucinations, horrible nightmares, copious vomiting and diarrhea—all that fun stuff.

I underwent four rounds of IL-2, two in February and two in April. My first scans showed it was working! The tumors in my liver and pancreas had shrunk by 45 percent. That month, I saw a lot of Steven Rosenberg, MD, head of the surgical team at NCI, who pioneered many existing melanoma treatments. It was very reassuring.

Scans in May, June and July showed that the IL-2 was shrinking the tumors in my liver and pancreas. But my August scan showed 40-plus subcutaneous tumors all over my body. It was time for the TIL trial.

The TIL process was a one-month inpatient procedure. It began with five days of high-dose chemotherapy to kill off my existing immune cells. Then they administered the new genetically engineered cells. The chemo side effects were nowhere the awfulness of the IL-2. My hair started to fall out, so I got my head shaved. Jeff got his shaved too.

Monthly scans showed that the TIL therapy wasn’t working. I wasn’t ready to consider new treatment options. I felt like my body needed more time to respond. By December, I could feel some of the tumors from the outside—they were shrinking.

My scans confirmed that the tumors really were shrinking. The doctors couldn’t explain my body’s delayed response. But I was only the 15th person to receive this treatment, so they didn’t have all the answers. That’s the point of clinical trials—to help researchers fine-tune treatments.

The tumors kept shrinking. In 2013, I had my first clear scan. Through my blog, patients started contacting me, people who had been told by their doctors to get their affairs in order, with no conversation about clinical trials. Only 5 percent of people with cancer participate in trials. Doctors often wait until patients have no additional options before they discuss them—that’s way too late. 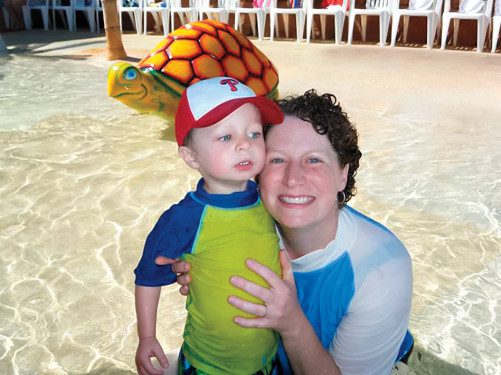 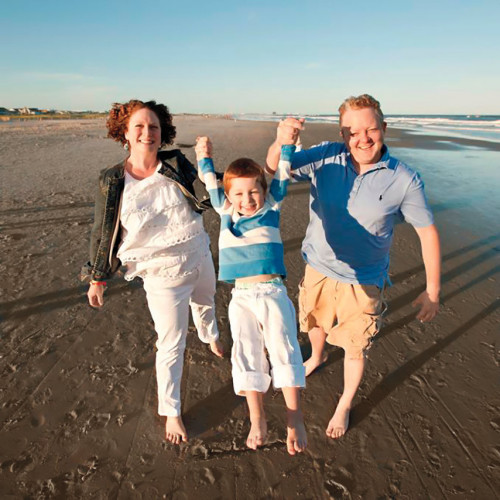 When I was diagnosed, Stage IV melanoma had a five-year survival rate of 14 percent. Every single day, I asked myself, “Am I going to get to walk Kai to his first day of kindergarten?” In August, I did!

After this month’s clear scan, they moved me to an annual monitoring schedule. Kai is starting second grade this year.

I speak about the need for easy access to patient-friendly information. People are dying because they don’t know studies exist or how to access them. If your oncologist hasn’t told you about clinical trials, you need to find out about them on your own. Be your own advocate. Questioning your doctor’s advice is not your first reaction when you’re diagnosed with a life-threatening illness, but it’s part of being an empowered patient. Clinical trials save lives. They saved mine.