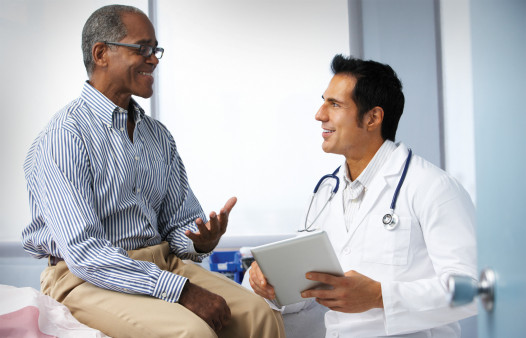 Conservative management is now the most common choice for men with low-risk prostate cancer.

Active surveillance and watchful waiting have increased among men with low-risk prostate cancer and are now more common than surgery or radiation therapy, according to research presented at the recent American Society of Clinical Oncology’s Genitourinary Cancers Symposium and published in the Journal of the American Medical Association.

“What we know from high-level evidence is that conservative management of low-risk prostate cancer is associated with a very favorable prognosis,” said lead study author Brandon Mahal, MD, of Dana-Farber/Brigham and Women’s Cancer Center in Boston. “Many men with low-risk disease are able to be spared the toxicity of treatment, so it’s an important discussion to have between clinicians and patients.”

Prostate cancer is the most common cancer (after noninvasive skin cancer) and the second leading cause of cancer death among men in the United States. Although this cancer typically grows slowly and only a small proportion of men will die from it, in some cases it can progress rapidly.

Prostate cancer blood screening tests measure prostate-specific antigen (PSA), a protein produced by the prostate gland. In many cases, the test can reveal low-risk, slow-growing cancers that never would have led to symptomatic disease or death.

Traditionally, prostate cancer treatment has involved removal of the prostate (radical prostatectomy) or radiation therapy. These can lead to adverse outcomes that negatively affect quality of life, including surgical complications, urinary incontinence and erectile dysfunction. It’s therefore important to avoid unnecessary treatment of nonaggressive cancer in men who would have never developed symptoms and would have died from other causes.

For this reason, conservative management strategies, known as active surveillance or watchful waiting (AS/WW), have become more widely used over the past decade. Active surveillance involves regular PSA testing to monitor for rising levels that could signal cancer progression, while watchful waiting relies on men reporting symptoms such as changes in urination or pain that could indicate disease progression.

But these proportions changed over time and varied for men with different predicted risk of progression, as determined based on PSA levels, Gleason scores (how abnormal cells look under a microscope) and tumor size and location.

Among men with low-risk cancer, the proportion receiving conservative management tripled, from 14.5 percent in 2010 to 42.1 percent in 2015, and it became the most common approach. Over the same period, radical prostatectomy declined from 47.4 percent to 31.3 percent, while radiation therapy dropped from 38.0 percent to 26.6 percent.

The researchers noted that while evidence supports the shift from surgery or radiation to conservative management for low-risk men, the apparent shift from radiation therapy to prostatectomy for high-risk men does not coincide with new evidence or changes in guidelines.

“This encouraging finding suggests that clinicians are better adhering to current recommendations and guidelines for men with low-risk prostate cancer, as the use of active surveillance in appropriately selected men will reduce rates of overtreatment,” Howard Soule, PhD, of the Prostate Cancer Foundation said in a Dana-Farber press release.

Mahal’s team also presented two posters at the Genitourinary Cancers Symposium that looked at trends in prostate cancer by age and by race.

Among men age 56 or older, conservative management was more common at the start of the study period but still rose substantially, from 15.9 percent in 2010 to 43.8 percent in 2015. Among younger men, use of AS/WW quadrupled, from 8.6 percent to 34.6 percent; however, in this group, radical prostatectomy remained the favored strategy, at 48.4 percent. These findings, the researchers said, suggest “some national ambivalence” about conservative management for younger men.

Among Black men, use of AS/WW tripled, from 12.6 percent in 2010 to 36.4 percent in 2015. Conservative management was somewhat more common among non-Black men, though the magnitude of change over time was similar (from 14.8 percent to 43.3 percent). The researchers suggested the lower rate for Black men may reflect provider’s hesitancy to use conservative management for men who have historically had more aggressive disease and a higher prostate cancer death rate.

Click here to read the study abstract in the Journal of the American Medical Association. 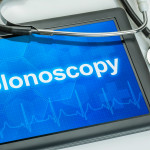