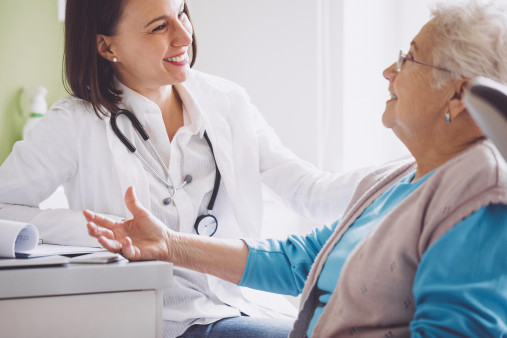 Earlier this year, a novel drug became the first agent to receive U.S. Food and Drug Administration (FDA) approval for patients with multiple myeloma who have exhausted all types of currently available therapies, including proteasome inhibitors, immunomodulatory drugs and monoclonal antibodies.

A clinical trial found that 26.2 percent of such patients responded with significant shrinkage of their disease, including complete responses, and a median survival of 8.6 months despite their highly refractory disease.

The drug, selinexor or XPOVIO, developed by Karyopharm Therapeutics of Newton, Massachusetts, is a pill given with low-dose dexamethasone. It’s currently being tested in a larger trial in combination with other drugs, such as bortezomib, to determine if it can improve outcome in myeloma.

“Its novel mechanism of action and ability to overcome highly resistant disease is striking,” says Paul Richardson, MD, clinical program leader and director of clinical research in the Jerome Lipper Multiple Myeloma Center at Dana-Farber, and co-senior author of a report on the study in The New England Journal of Medicine. He and other Dana-Farber investigators were involved in the preclinical and clinical research on selinexor.

“The accelerated approval of oral XPOVIO marks an important advance in the treatment paradigm for patients with relapsed refractory multiple myeloma and in my view the drug is an important addition to our therapeutic armamentarium,” says Richardson.

Selinexor is the first in a class of drugs that bind to a molecule called exportin 1 and block the transport of several cancer-growth proteins from the cell nucleus to the cytoplasm. The drug also activates tumor-suppressor proteins in the nucleus, leading to apoptosis, or self-destruction, of the cancer cell.

Selinexor earned accelerated approved by the FDA in July 2019 for patients with relapsed or refractory multiple myeloma who received at least four prior therapies and whose disease is refractory to at least two proteasome inhibitors, at least two immunomodulatory agents, and an anti-CD38 monoclonal antibody drug.

Patients matching this description are known as triple-class refractory, meaning they did not respond satisfactorily to the three main classes of drugs used to treat myeloma. Survival for these patients is extremely short.

The clinical study report in The New England Journal of Medicine published in August included 122 patients who had received a median of seven previous treatment regimens including chemotherapy, targeted therapy with bortezomib, carfilzomib, lenalidomide, pomalidomide, and monoclonal antibody (daratumumab). Almost all had undergone stem cell transplant.

Their median age was 65.2 years and had myeloma for a median of 6.6 years; their disease was rapidly worsening, and they were out of options. These individuals represented “the growing population of patients who have exhausted available therapies but want to continue with active therapy,” say the researchers.

A partial response or better was seen in 26% of patients, including two complete responses (disappearance of the myeloma protein in their blood) and six very good partial responses, and 39% had a minimal response or better. The median duration of response was 4.4 months, median progression-free survival was 3.7 months, and median overall survival was 8.6 months, though in patients who responded the median survival was 15.6 months. Although there was no control group in the study, as in this setting such an approach is very problematic and lacks equipoise, Richardson says that historically, patients like those in the trial have a survival of only two to three months.

Because the window of time to treat such patients was closing rapidly, says Richardson, they started on a high dose of selinexor, with the researchers anticipating the need to reduce doses if adverse effects occurred. This proved to be the case, with 80% of patients having dose modification or interruption because of adverse events. Fatigue, nausea, and decreased appetite were common and low platelet counts occurred in 73% of patients, anemia in 44% of patients, and 22% had low blood sodium levels.

Richardson says the side effects proved manageable with careful supportive care required in this group of patients who were otherwise very ill and had no other treatment options. He notes the FDA approval was based not only on the results of this study, called STORM, but also on early indications of safety from the phase 3 BOSTON study which was recently completed to enrollment.

This article was originally published on November 12, 2019, by Dana-Farber Cancer Institute. It is republished with permission.