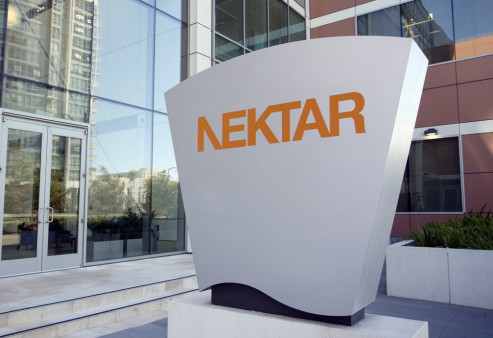 NKTR-214 plus Opdivo as first-line therapy had an overall response rate of 48 percent.

A genetically engineered cytokine, a chemical messenger that stimulates T-cell activity, appears to increase bladder cancer response rates when added to the checkpoint inhibitor Opdivo (nivolumab), according to research presented this week at the American Society of Clinical Oncology (ASCO) Genitourinary Cancers Symposium in San Francisco.

Nearly half of people who used NKTR-214, also known as bempegaldesleukin, plus Opdivo as their first treatment for metastatic urothelial cancer saw complete or partial tumor remission. Responses were similar for people who tested positive or negative for PD-L1, a biomarker associated with better response to immunotherapy. What’s more, a majority of people with PD-L1 negative tumors at the start of the study converted to PD-L1 positive during treatment.

Urothelial carcinoma, the most common type of bladder cancer, starts in the lining of the bladder or other parts of the urinary tract. More than 80,000 people will be diagnosed with bladder cancer this year, according to the American Cancer Society. Standard therapy involves surgery, radiation therapy or platinum-based chemotherapy, but relapse is common.

Opdivo is a monoclonal antibody that helps the immune system fight cancer. It blocks PD-1, a checkpoint receptor on T cells that helps regulate immune function. Some tumors can hijack PD-1 to turn off immune responses against them. Drugs that block the interaction between PD-1 and its binding partner, known as PD-L1, can release the brakes and restore T-cell activity. Higher levels of PD-L1 in tumors are associated with better response to these drugs, but they do not predict individual outcomes.

Opdivo and four other PD-1 or PD-L1 checkpoint blockers are approved for the treatment of advanced bladder cancer that relapses or does not respond to platinum chemotherapy. The two checkpoint inhibitors currently approved for first-line treatment of bladder cancer patients who cannot use cisplatin—Keytruda (pembrolizumab) and Tecentriq (atezolizumab)—are indicated only for those with PD-L1 levels of at least 5 percent or 10 percent.

Checkpoint inhibitors aren’t effective for everyone or for all types of cancer. T cells must be present in tumors for these drugs to work. Researchers are exploring whether combining other types of treatment with PD-1 or PD-L1 blockers can help immune cells recognize and attack cancer cells.

Arlene Siefker-Radtke, MD, of MD Anderson Cancer Center in Houston, and colleagues reported updated findings from an expanded cohort of people with advanced urothelial carcinoma who received the dose regimen selected in the first part of the study. Other cancer types are being evaluated in separate expansion cohorts.

NKTR-214, or bempegaldesleukin, is an engineered version of IL-2, a cytokine that stimulates the growth and multiplication of cancer-killing immune cells. A genetically modified version of IL-2 called aldesleukin (Proleukin) is currently approved for metastatic melanoma and kidney cancer, but it requires frequent IV infusion and can cause severe side effects, so it must be administered in a hospital.

NKTR-214, being developed by Nektar Therapeutics and Bristol-Myers Squibb, is a prodrug that combines IL-2 with polyethylene glycol. It preferentially attaches to the IL-2 receptor beta (also known as CD122) and releases active IL-2 slowly over time, making it more tolerable. Early studies showed that NKTR-214 promotes T cell proliferation and infiltration into tumors and leads to increased PD-1 and PD-L1 expression, suggesting it might have synergistic activity with checkpoint inhibitors.

As reported at last year’s ASCO annual meeting, among evaluable patients with melanoma (28 patients), kidney cancer (26 patients) or bladder cancer (10 patients) in the initial part of the study, overall response rates—meaning complete or partial tumor shrinkage—were 50 percent, 46 percent and 60 percent, respectively. People with very low PD-L1 levels did as well as those with higher levels. Most responses were ongoing, some for as long as a year.

Siefker-Radtke’s expanded bladder cancer cohort included 41 people with inoperable locally advanced or metastatic bladder cancer who were either ineligible for cisplatin or declined standard-of-care therapy. Over 70 percent were men, and the median age was 70. A third were classified as PD-L1 positive (meaning they had PD-L1 expression on at least 1 percent of tumor cells), a third were PD-L1 negative and a third did not have available data.

Participants received NKTR-214 and Opdivo by IV infusion every three weeks. Scans were done every eight weeks to assess tumor changes, and PD-L1 levels were measured in biopsy samples at baseline and during treatment.

Among the 27 evaluable participants with at least one scan after starting treatment, the overall response rate was 48 percent, including five people (19 percent) with complete responses. Another 22 percent had stable disease, yielding a disease-control (nonprogression) rate of 70 percent.

Overall response rates were similar for PD-L1 positive and negative patients (45 percent and 50 percent, respectively). Tumors shrank by a median of 32 percent overall and by 78 percent among responders. One person experienced so-called pseudoprogression, showing an initial increase in tumor size due to infiltration of immune cells, followed by shrinkage. Most participants remain on treatment with ongoing responses.

The treatment was generally safe, though most patients had side effects. The most common treatment-related adverse events were flu-like symptoms, fatigue, skin rash and itching. Six people (15 percent) had severe side effects and 10 percent stopped treatment for this reason. A concern with immunotherapy is that it can unleash the immune system more broadly, leading to severe inflammation of healthy organs and tissue. In this study, there were no life-threatening side effects or treatment-related deaths.

Although the study populations aren’t comparable—unlike CheckMate-275, most PIVOT-2 participants had not previously used chemotherapy—the results indicate that NKTR-214 offers added benefit. It may do so by giving the checkpoint inhibitor more to work with: Among 10 people who tested PD-L1 negative at baseline and had subsequent on-treatment measurements, seven (70 percent) converted to PD-L1 positive by week 3.

A larger Phase II trial of NKTR-214 plus Opdivo, PIVOT-10 (NCT03785925), is currently enrolling previously untreated, cisplatin-ineligible people with locally advanced or metastatic urothelial carcinoma with low PD-L1 expression. This combination is also being tested in Phase III trials for advanced melanoma and lung cancer, along with a triple combo including a kinase inhibitor for advanced kidney cancer.