An Oncologist’s Take on Refocusing the Battle Against Cancer

In The First Cell, Azra Raza, MD, argues that it’s far more effective to attack cancer in its earliest stages.

Depending on who is speaking, the war against cancer that President Nixon declared nearly half a century ago has either been a soaring triumph of innovation and doggedness or a colossal failure, featuring lunkhead decisions, bottomless greed, and annoyed experts hurrying from here to there.

On the positive side are stories, seemingly every day, of breakthroughs and miracle drugs, of triumphant against-all-odds cures featuring the latest treatments, be they based on molecular targets or tricks to stoke the immune system. And national trends seem promising: Cancer mortality has decreased from about 200 deaths per 100,000 people in the 1990s to roughly 163 per 100,000 in the 2010s. Pretty good, right?

Not so fast, say the doubters. After all the time, money, and scientific talent poured into the problem, this progress doesn’t amount to all that much. And plenty of the criticism comes from high up in the medical hierarchy. Twenty-six years into the war, a harsh assessment titled “Cancer Undefeated” was published in the New England Journal of Medicine, declaring it open season on any claims of victory, and the criticism has been steady ever since. Recently, Clifton Leaf echoed this dour perspective in his 2013 book, The Truth in Small Doses: Why We’re Losing the War on Cancer — and How to Win It, while the poet Anne Boyer recounted her own cancer experience (and profound disappointment in modern care) this year in The Undying. 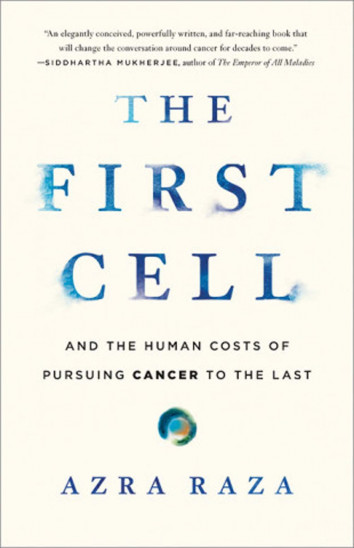 “The First Cell: And the Human Costs of Pursuing Cancer to the Last,” by Azra Raza (Basic Books, 368 pages)

Enter Azra Raza, MD, a prominent cancer specialist at Columbia University. Although she doesn’t consider herself a pessimist, her new book, The First Cell: And the Human Costs of Pursuing Cancer to the Last, argues that we have wasted precious time and zillions of dollars barking up the wrong scientific tree. We are using wrong-headed experimental models (animals, cells, and the entire 20th-century repertoire of discovery) and we are giving federal grants to all the wrong ideas.

Most importantly, she argues that current cancer research is looking at the wrong end of the problem — late-stage disease, when the cancer is large and perhaps has already spread, when patients are sick and failing, when even the most wonderful new wonder drug is unlikely to work.

Better to find the cancers sooner, when the tumor burden — the actual number of cancer cells — is still small. Then therapies have a better chance of being effective: The lift is not so heavy, with a lower risk of genetic mutations that confer drug resistance or spotty penetration of medications into bulky growths. This approach — or better yet, attacking the disease when the cells show only an early itch to cause trouble — would be cheaper, less toxic, and decidedly more effective, she writes.

It’s a pretty compelling argument, one with a long history and public support. In 2016, Vice President Joe Biden endorsed the approach when he issued the Cancer Moonshot Report, a national assessment of current cancer research and goals for the future. “We’re talking about prevention and early detection,” he said. “I’m convinced we can get answers and come up with game-changing treatments and get them to people who need them.”

Raza sets out to demonstrate her point and sharpen her criticism by presenting a series of patients she has treated through the years. We meet several people with difficult cancers but a lot of spunk. Each chapter leads us, not so gently, to their death. Of particular poignance is the story, woven throughout the book, of her husband, oncologist Harvey Preisler, who died of an aggressive lymphoma in 2002.

These clinical stories are recounted in vivid, precise detail, and carry a grim moral: Implicitly and often explicitly, Raza makes it clear that, in her view, a more intelligent and better organized research program and a more honest self-appraisal by the community of cancer scientists might have saved lives. “How many more Omars and Andrews will it take?” she laments, referring to two of her patients who died, diagnosed late with no good options for cure.

An experienced researcher herself, Raza knows well that real research is anything but organized. Rather it is a muddy scrum where no one really knows who is driving the pile, where motion might be from pushing or from pushing back, where real steps forward are rare and missteps plenty. Ideas are simple; humans and their biology are not.

And nowhere is the gap between our hopes and the stubbornness of reality wider than in the field of early cancer detection, the “first cell” of the book’s title. Science has been working on early detection since the Pap smear was introduced almost a century ago.

Somewhat late in the book, Raza describes the work of some of today’s leaders in the field of early diagnostics. She praises Sanjiv Sam Gambhir, chairman of the Canary Center at Stanford for Cancer Early Detection, for his work in using radiologic scans to see the first signals of cancer. She also highlights the great success of colonoscopy screening in reducing mortality from colon cancer. And she describes the enormous promise of DNA detection in the bloodstream.

Yet she avoids deep discussion of the vast amount of snake oil oozing through the field of early detection, such as the notoriously inaccurate scientific work of Elizabeth Holmes and Theranos, with their claims of a simple finger-prick diagnosis of all your worldly woes. Nor does she take on the many problems created by early detection, including the uncertainty in how best to manage unclear results. Instead, after 15 pages or so, she is back to her old tune, describing a young woman named Zaineb with a lethal cancer caught late, in a section titled, “And How Many Zainebs?”

In the end, there is a strong current of mea culpa defensiveness running through Raza’s persuasive if repetitive case for early detection; she essentially issues a blanket apology to the American public for how badly our cancer programs have failed us.

But while there is surely much to dislike about the American health care system and the medical profession as well, the fact that cancer remains an often-fatal disease isn’t merely a result of bad-faith governance or corporate avarice or individual narcissism, though there is plenty of each. Rather, we’re probably stuck where we are for a simple if overwhelming reason: As Raza herself views it, cancer is simply an impossible problem for current science to fix.

Kent Sepkowitz is a physician in New York City who has written for Slate, The Daily Beast, and The New York Times.

This article was originally published on December 13, 2019, by Undark. It is republished with permission. 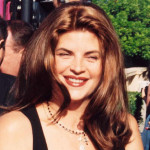 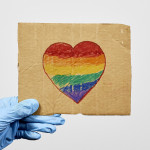 How to Improve Cancer Outcomes for LGBTQ Patients