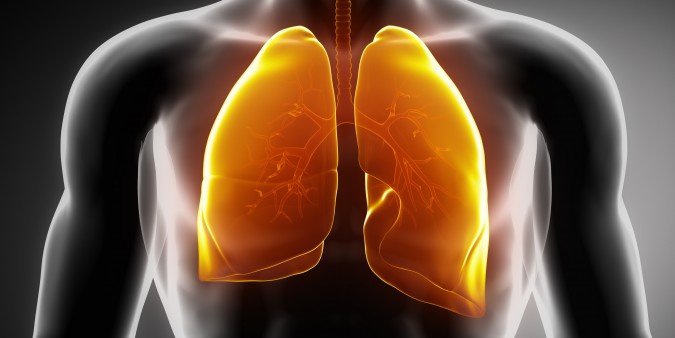 A combination of two immune checkpoint inhibitors delayed cancer progression in people with newly diagnosed non-small-cell lung cancer (NSCLC) who had a high tumor mutation burden, indicating their cancer had accumulated many genetic changes, according to research presented at the American Association for Cancer Research (AACR) annual meeting this week in Chicago.

Results from the Phase III CheckMate-227 trial showed that study participants who used Opdivo (nivolumab) plus low-dose Yervoy (ipilimumab) had significantly longer progression-free survival, meaning they were still alive without worsening of disease, compared with those who used standard chemotherapy.

“These practice-changing data establish the combination of nivolumab plus ipilimumab as a first-line treatment option for patients with high tumor mutation burden NSCLC,” said lead researcher Matthew Hellmann, MD, of Memorial Sloan Kettering Cancer Center. “This work also identifies tumor mutation burden as an important and reliable biomarker that should be tested in patients with newly diagnosed NSCLC.”

Non-small-cell lung cancer, which accounts for more than 80 percent of all lung cancers, is often detected late and has a high mortality rate. Lung cancer is the leading cause of cancer-related death for both men and women in the United States, according to the National Cancer Institute.

Opdivo is a monoclonal antibody that blocks the PD-1 receptor, an immune checkpoint on T cells that plays a role in regulating immune function. Some tumors can hijack PD-1 to turn off immune responses against them. Drugs that block the interaction between PD-1 and its binding partner PD-L1 can release the brakes and restore T-cell activity. Yervoy blocks a different immune checkpoint, CTLA-4, which turns off immune responses by suppressing T-cell multiplication.

The current analysis focused on a subgroup of 299 people with a high tumor mutation burden, defined as at least 10 mutations per 1 million base pairs of DNA, which has emerged as a potential biomarker for predicting who will benefit from immunotherapy. About 45 percent of people with NSCLC fall into this category, according to Hellmann. Cancer that has accumulated many genetic mutations is more easily recognized by the immune system, so T cells unleashed by checkpoint inhibitors are better able to locate and kill cancer cells.

More than half of the participants were in Europe, with the rest distributed around the world. About 70 percent were men and the median age was 64. A total of 139 received Opdivo (3 milligrams per kilogram every two weeks) plus Yervoy (1 mg/kg every six weeks) and 160 received platinum-based chemotherapy.

After about a year of follow-up, the progression-free survival rate was 42.6 percent among people taking Opdivo plus Yervoy compared with 13.2 percent among those taking chemotherapy. This was a statistically significant difference, meaning it was probably not attributable to chance. The median progression-free survival duration was 7.2 versus 5.5 months. Overall survival data are not yet mature and the study is ongoing, but Hellmann said the preliminary survival data are “encouraging.”

The objective response rate, meaning complete or partial tumor shrinkage, was 45.3 percent with the immunotherapy combination versus 26.9 percent with chemotherapy. The combination worked significantly better than chemotherapy in people with positive or negative PD-L1 status, but not in those with a lower tumor mutation burden.

Treatment was generally safe and well tolerated. About a third of people had severe treatment-related adverse events in both treatment groups (31.2 percent with Opdivo plus Yervoy versus 36.1 percent with chemotherapy). About twice as many people taking the immunotherapy combination stopped treatment due to adverse events. The major concern with checkpoint inhibitors is immune-related adverse events. In addition to restoring immune responses against cancer cells, these drugs can also take the brakes off the immune system more broadly, leading to excessive inflammation of healthy tissue. Common side effects in the immunotherapy arm included skin reactions (34 percent), endocrine gland problems (23 percent), gastrointestinal symptoms (18 percent) and liver problems (15 percent).

“The results show that in tumor mutation burden-high NSCLC patients, nivolumab plus ipilimumab provides improved benefit compared to chemotherapy, increases benefit compared to anti-PD-1 monotherapy, yields durable responses, spares the use of chemotherapy in the first-line setting and could preserve an effective option in the second line of therapy, if needed,” Hellmann said.

Click here to read the full study in the New England Journal of Medicine.