Charlie Christmann, 60, is an engineering consultant in Placitas, New Mexico.

My doctor is a stickler for checking the PSA level in my blood, which can indicate prostate cancer. It had been slowly creeping up. After my annual exam, he said it had jumped over 4 and I should get checked for possible prostate cancer.

Cancer runs in my family. I lost my father to colon cancer. My mother had a double mastectomy and bladder cancer. When you hear the C word after that history, it kind of hits you in the gut.

My PSA was tested again and jumped from 4 to over 10. The doctor recommended a biopsy to check for cancer. My wife and I decided that if this really was cancer, we were going to take a positive attitude and fight as hard as we could.

Waiting weeks to get the biopsy was gut-wrenching. I’ve had some friends pass on from prostate cancer, and I know several who currently have it. I was in limbo. I stopped a lot of my business activities while waiting to see what would happen.

As the biopsy approached, I was very nervous. You hear all kinds of horror stories from people who’ve gone through it, and you read stuff on the internet.

We arrived in the morning, and I was out in a couple of hours. It wasn’t pleasant. I was sore inside and had blood in my urine and stool, which the doctor had warned me about. The two-week wait for results was nerve-racking. You don’t know what they’re going to find.

They took 12 samples, and 11 had cancer in them. Most had a Gleason score of 7. The doctors said we should be aggressive with treatment because I was only 59, but they gave me the option to do nothing, since it’s usually a slow-growing cancer. I could do just radiation, but surgery’s not possible afterward. If you do surgery first, you can do radiation later.

My wife and I went home and talked. Not doing anything was not an option. We’ve got lots of years ahead, things we want to do. I chose surgery, scheduled for June. Right before surgery, my insurance denied the planned less invasive robotic procedure. That was a down day. It took a month to get rescheduled for traditional surgery.

Before my prostate was removed, my doctors talked about impotence and urination problems. They said surgery would probably take care of the cancer.

Two weeks later, we got the results. My wife and I went in upbeat. The surgeon said, “Well, your Gleason score went from 7 to 9. The cancer has breached the margins of the prostate, and it’s in your seminal glands.” He advised radiation. My wife and I looked at each other, and our faces just dropped.

I was in total shock. Nobody ever said there was a chance the cancer had gone past the prostate. I was expecting maybe 10, 15 years from now I might need radiation. Not in a million years did we expect to hear that I needed additional treatment.

We wanted aggressive treatment, so the oncologist suggested hormone therapy plus radiation. That would start after I healed from surgery. The ride home was pretty quiet. 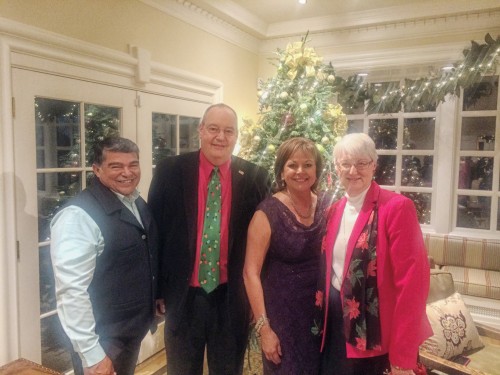 While healing, we visited my mother in Texas on our way to Disney World. Before leaving, I had a CT scan. While we were in Texas, my oncologist called and told me to go to the emergency room immediately. The scan had caught a blood clot in my lung, a life-threatening pulmonary embolism that can be triggered by surgery.

I was hospitalized for three days and couldn’t drive home for two weeks. We canceled our Disney trip. The medical costs were out of network. It got expensive real fast.

I had hot flashes, night sweats and trouble sleeping from the hormone therapy. Then radiation began. They want your bladder full, so I drank 32 ounces of water before leaving home for the 45-minute drive. You get to the cancer center, put on a gown, sit, wait and suffer. I had 39 treatments.

There’s a camaraderie with other guys in the waiting room. You start out being the newbie and everybody’s telling you what to expect. Then you become old guard and trade stories. There was a rodeo guy in his 80s and he was still riding rodeo while getting his treatments.

I finished hormone therapy, but the side effects are lingering, especially the hot flashes. Those continue for months.

After not being able to go to Disney in 2016, we did make it in September 2017—during Hurricane Irma. We drank a toast to finishing all of my treatments.

Just had my second checkup since radiation, and I’m feeling good. My numbers were great—PSA now at 0.01. We’ve been doing more traveling. I’ve got my business going again. I tell everybody who’s going through this that it’s not as bad as it could be, and I tell them they’re doing great. My advice to others with cancer: First of all, be positive and upbeat—never let it get you down or defeat you. Second, find someone who has the same attitude to support you no matter what and keep your spirits up. 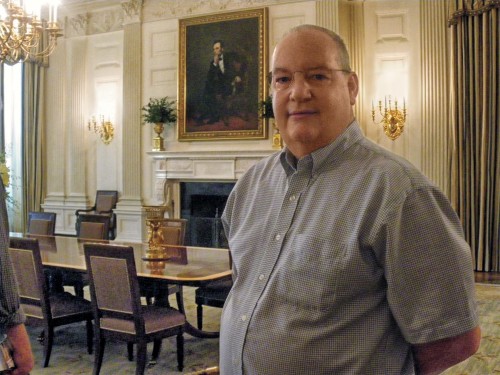 PSA: Prostate-specific antigen, a protein produced by the prostate gland; 4 ng/ml is the top of the normal range

Biopsy: Removal of prostate tissue samples for lab testing, usually using a needle inserted through the wall of the rectum

Gleason score: A score, ranging from 1 to 10, that indicates how abnormal a tissue sample looks and how likely the cancer is to spread