Innovative approaches can kill tumor cells more effectively and with fewer side effects.

Radiation therapy refers to the use of targeted radiation to damage the DNA of rapidly dividing cancer cells, preventing them from growing and causing them to die. Radiation can shrink tumors and halt the spread of cancer. Normal cells that are damaged are typically better able to recover and survive.

Roughly half of people treated for cancer will receive radiation therapy. It is most often delivered by an X-ray or other machine (external beam radiation) but can also be delivered via implants or pellets inserted near the cancer site (internal) or taken orally or injected intravenously (systemic). Radiation therapy can also relieve pain in people with advanced cancer by shrinking tumors.

People who receive external-beam radiation therapy are not radioactive and can safely interact with friends and family.

Internal therapy (brachytherapy) delivers radiation by means of a temporary or permanent implant surgically placed within or near cancerous tissue. Systemic therapy delivers radioactive drugs, orally or via injection,  that are engineered to target cancer cells. This approach may reduce the likelihood of side effects.

In contrast to external-beam radiation, people who receive internal or systemic radiation  should limit physical contact with children and pregnant women for a period of time.

Radiation therapy can be employed on its own or in combination with other treatments, such as surgery, chemotherapy and immunotherapy. It may be administered before surgery to shrink the tumor (neoadjuvant, or preoperative, therapy) or afterward to prevent recurrence (adjuvant therapy). For those with advanced cancer, such as bone metastasis, it may be used to alleviate physical discomfort (palliative therapy); this constitutes more than half of all radiation therapy administered.

Because radiation damages the DNA of normal cells, it may increase your risk of developing cancer again. The treatment benefits usually outweigh potential harms, so this possibility should not stop you from beginning radiation therapy if your doctor recommends it.

Radiation can also cause a wide range of side effects, including skin changes, such as dryness, itching, blistering, burning and peeling, as well as fatigue (see How To/Caring for Your Skin). Other side effects depend on the site at which the radiation is directed. Newer therapies may have fewer side effects.

Be sure to report distressing symptoms to your care team so that they can be addressed. 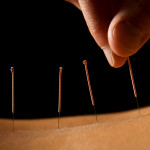