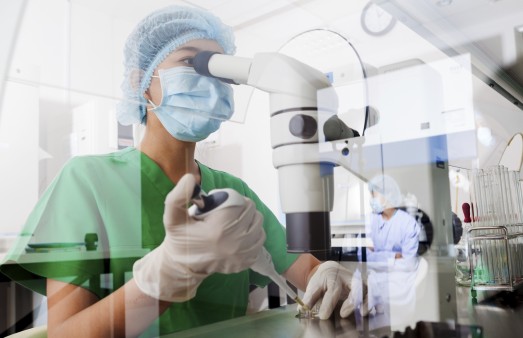 How Scientists Are Looking to Expand the Benefits of Immunotherapy

Scientists are working to understand why most tumors don’t respond to immunotherapy.

In the past few years, scientists have opened a new chapter in cancer treatment with designer drugs that can mobilize the immune system against tumors.

Immunotherapy has shown impressive results in some patients with advanced lung cancer, melanoma, and a few other cancers — but it helps only a minority of people. To date, immunotherapy hasn’t been very effective against such cancers as breast, prostate, and pancreatic, and it’s also not yet possible to predict with any certainty whether an individual patient will benefit from immunotherapy treatment.

In addition to drugs that block immune checkpoints such as PD-1 and PD-L1 — which, in effect, release brakes on the immune system’s T-cell defenders so they can recognize and attack tumors — immunotherapies include CAR T cells, cancer treatment vaccines, and cancer-killing viruses.

Immunotherapy can be dramatically successful for people with limited options, so scientists are hard at work trying to understand why most tumors don’t respond to it. Scientists also are also looking into the possibility of converting resistant tumors into tumors that are more vulnerable to immunotherapy.

“This is what everybody wants to do now,” says Gordon Freeman, PhD, a Dana-Farber immunologist who made fundamental discoveries leading to checkpoint-blocking drugs. “The door is open, and now we want to expand the benefits.”

Immunotherapy can only fight tumors that the immune system “sees,” that is, recognizes as foreign and harmful, like a virus or bacterium. Cancer cells are adept at masquerading as normal body cells and evading immune detection. However, if the DNA of a tumor has undergone a large number of mutational changes, the tumor cells may display a lot of telltale “neoantigens” on their surface that alert the immune system. Scientists have found that cancers with a large “tumor mutational burden” (TMB) are more likely to respond to immunotherapy, particularly drugs that block the PD-1 immune checkpoint. This suggests that TMB may become a useful biomarker to identify patients for whom immunotherapy may be more helpful.

Immunotherapy also works better when treating a cancer that is, in immunological terms, “hot” rather than “cold.” A hot tumor, also termed an inflamed tumor, is one that has already been recognized by the patient’s immune system, which has dispatched T cells around and into the tumor. Even though the T cells haven’t eliminated the cancer, they can be spurred into further action by checkpoint inhibitor drugs or other immunotherapies.

“Cold” tumors, by contrast, may be surrounded by a “moat” of structural molecules and immunity-dampening cells that prevent T cells from penetrating the tumor to fight it. Some types of cancer, like pancreatic and prostate, seem to be inherently cold. Scientists are working on an array of strategies to convert cold tumors into hot ones for better success with immunotherapy.

It’s also likely that some tumors have activated additional checkpoints, like PD-1 and PD-L1, that keep brakes on the immune response. Researchers have identified a number of those checkpoints and are testing experimental drugs that inhibit them. There are certain to be other checkpoints that haven’t yet been identified. And it’s also likely that combining two or more checkpoint-blocking drugs will increase immunotherapy response rates, though at a cost of added side effects.

Recent research at Dana-Farber discovered a mechanism that regulated response or resistance to checkpoint inhibitors in kidney cancer and melanoma.

Despite its limitations so far, immunotherapy is a valuable addition to cancer treatment and there’s little doubt that its reach will be widened as scientists work to overcome current barriers.

This article was originally published on March 22, 2018, by Dana-Farber Cancer Institute. It is republished with permission.