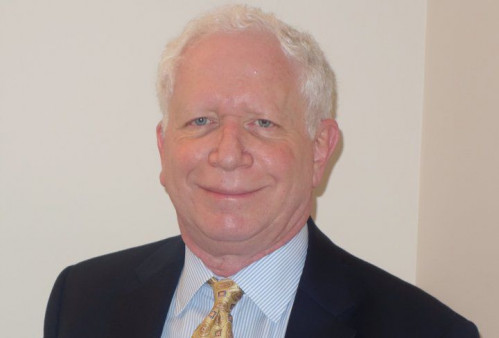 Getting a blood draw is a standard first step toward almost any medical diagnosis — whether your doctor is concerned that you are anemic, have kidney disease or diabetes, or as part of a standard screening during pregnancy. Most of these tests check for a shortage or excess of a particular factor (often a protein) in the blood, which acts as a clue for physicians about a potential health risk.

But what if instead of needing a different blood draw for each suspected health issue, doctors could order up a single blood test that would combine a hundred or more different measures to reveal a holistic portrait of your overall health — as well as your risk for a whole host of diseases? Such a test could be administered widely to inform early individualized interventions designed to keep everyone healthy longer.

This is the dream of UC San Francisco physician Peter Ganz, MD, and colleagues at Colorado-based SomaLogic Inc., who are developing what they call “liquid health check” technology — a single blood test capable of painting a detailed portrait of a person’s current health and future disease risks. The technology uses tiny fragments of DNA and RNA called aptamers that are able to identify and measure thousands of different circulating proteins from a small blood sample to reveal information about the health of organs across the body.

In a proof-of-concept study published Dec. 2, 2019, in Nature Medicine, researchers led by Ganz and scientists at SomaLogic and the University of Cambridge, measured the levels of 5,000 different proteins in archived blood plasma samples from nearly 17,000 individuals participating in five different longitudinal health studies. This yielded a total of 85 million protein measurements, making this the largest such study to date, the authors say.

Applying sophisticated machine learning computer algorithms to this massive data set revealed protein expression patterns that correlated with 11 different measures of patients’ overall health and their risk of developing certain diseases in the years following the initial blood draw. For example, the test could predict how much fat a person’s liver contained (associated with liver cirrhosis as well as cardiovascular disease and insulin resistance), their overall level of physical fitness, or whether they later suffered a heart attack or developed diabetes.

We spoke with Ganz — who is Maurice Eliaser Distinguished Professor of Medicine at UCSF and director of the Center of Excellence in Vascular Research at Zuckerberg San Francisco General Hospital and Trauma Center — about the new study, and about his hopes for liquid health check technology to advance personalized precision medicine. (See the news release by Cambridge University for more details on the study.)

What is a liquid health check and what is your vision for the potential of this technology to improve patients’ health?

We coined the term liquid health check to refer to information about a person’s risks of future diseases, current states of health and modifiable behaviors that can be discerned entirely from different patterns of proteins in blood.

Many people have used blood protein measurements to predict the risk of one disease at a time, but the idea of a liquid health check is to use protein scanning on a large scale to simultaneously predict the risk of numerous diseases and holistically identify an individual’s state of health from head to toe.

The results of our studies show that scanning the levels of thousands of blood proteins can simultaneously capture the necessary information to deliver a one-stop test for personalized detection, prevention and treatment of many diseases. This would certainly be much more convenient and likely much less expensive than needing multiple rounds of clinical visits and tests to track down something that’s going wrong in your body.

In our newest proof-of-concept study, we were able to predict 11 different kinds of health information about our participants, just by looking at proteins in their blood. Ultimately, our goal is to predict more than 100 diseases or states of health from a single blood sample, which would really be a new paradigm for a blood test.

Which types of health conditions are most amenable to evaluation through a blood test?

From all the studies conducted with blood protein scanning to date, there is evidence that protein patterns can pinpoint propensity for heart disease, diabetes, liver disease, kidney disease, cognitive brain impairment and cancer. We hope that we will ultimately find protein signatures for diseases that afflict most if not all human organs and tissues.

As a cardiologist, how did you get involved in the development of this technology?

I spent most of my career at Brigham and Women’s Hospital in Boston as a cardiologist studying human endothelial biology. When I came to UCSF in 2008, I wanted to do something different, but didn’t know what it would be. I was introduced to the chief medical officer of SomaLogic quite serendipitously, but I came out of that meeting with my eyes opened about the potential of the technology they were developing.

I have been on their Medical Advisory Board ever since — I don’t take any money from them or any other company — and have basically helped to guide the development of clinical applications of their technology.

Initially we focused on cardiovascular applications, in part because of my background, and in 2016 we published a study in JAMA where we used the technology to predict the future risk of heart attacks, strokes, heart failure and death based on nine different blood proteins.

After that paper, we decided that with a technology that can measure 5,000 proteins simultaneously in a sample of blood, why underutilize this platform, measuring just nine proteins to inform cardiovascular outcomes? We talked about how we could take advantage of a platform that could measure so many different proteins, and that’s how we arrived at the idea of developing liquid health checks — a holistic approach to disease prevention and management that is not constrained by any one specialty.

How are you collaborating with SomaLogic to develop liquid health check technology? How have new technologies made this vision possible?

This project represents an exemplary collaboration between academic institutions and an industry partner. SomaLogic has developed a unique technology to quantify thousands of blood plasma proteins at once, while my academic colleagues and I have played a key role in linking blood protein patterns to propensity for developing illnesses or for maintaining good health in studies that have required participation of many thousands of patients worldwide.

The ability to analyze blood proteins and link them to human disease is going to be a critical tool of the precision medicine revolution. In fact, these protein scans are not just a fantasy in the distant future. A limited initial release version of the protein test is now available for clinical use.

One thing I think is very important for establishing confidence in this technology is that we are all dedicated to openness and transparency. From the get-go we agreed that everything that’s learned will be published, and we’ve even pushed journals to publish hundreds of pages of supplementary materials to ensure that anyone who wants to can replicate our results.

Disclosures: Dr Ganz’s proteomic research is supported by National Institutes of Health grants 1RO1HL129856, 1UO1DK108809, and 1R01AG052964. Dr. Ganz serves on the medical advisory board to SomaLogic Inc., for which he accepts no salary, honoraria, or any other financial incentives.

This article was originally published on December 3, 2019, by the University of California, San Francisco, News Center. It is republished with permission. 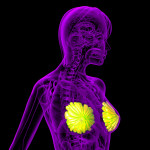