People with hepatocellular carcinoma had improved survival after the advent of direct-acting antiviral therapy.

The prognosis of people with liver cancer related to hepatitis C has improved greatly since direct-acting antiviral (DAA) therapy became widely available, according to study results published in Hepatology Communications.

“The prognosis of [hepatitis C-related hepatocellular carcinoma] drastically improved with the advent of DAAs,” the study authors concluded.

Over years or decades, chronic hepatitis C virus (HCV) infection can lead to serious complications, including cirrhosis and hepatocellular carcinoma (HCC), the most common type of liver cancer. Hepatitis C treatment improved dramatically with the advent of modern DAAs, starting with Olysio (simeprevir) and Sovaldi (sofosbuvir) in late 2013. Today, more than 90% of people with hepatitis C can be cured with interferon-free DAA regimens.

Curing hepatitis C can halt or even partially reverse liver disease progression, but the impact of DAAs on liver cancer outcomes is not well understood. Ryosuke Tateishi, PhD, of the University of Tokyo, and colleagues analyzed the prognosis of HCV-related liver cancer in relation to when antiviral therapy became available.

The researchers enrolled 1,237 people with previously untreated HCV-related HCC who received radiofrequency ablation (a method that uses heat from radio waves to destroy cancer cells) between 1999 and 2019. For comparison, they included 350 people with liver cancer that was not related to hepatitis B or C. A majority were men, and most were in their sixties or seventies.

The study population was split into three groups based on when they received cancer treatment:

“A high proportion of patients with [HCV-related HCC] have achieved SVR over time, which might have an impact on improved prognosis in these patients,” the researchers wrote. However, they noted, this study population had early-stage HCC that could be treated with radiofrequency ablation, and further research is needed to determine whether DAA therapy improves outcomes for patients with more advanced liver cancer. 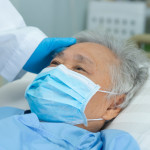