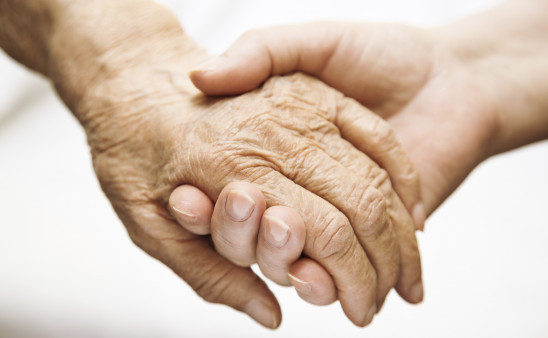 Survival Is Similar for Young and Old With Metastatic Colorectal Cancer

The findings, published in the Journal of the National Cancer Institute, come as colorectal cancer rates are rising markedly in young people. The study’s researchers said the results are somewhat surprising, as younger patients, who usually have fewer complicating health factors, might be expected to survive longer than older patients.

“As a group, younger patients are more physically active and have higher performance status and are better able to perform the activities of daily living than older patients. They also tend to be treated with higher doses of therapy and have less severe side effects,” said study senior author Kimmie Ng, MD, MPH, director of the Young-Onset Colorectal Cancer Center at Dana-Farber. “This is the first study to compare survival in younger versus older patients participating in a clinical trial of treatment for metastatic colorectal cancer.”

The study drew on data from the CALGB/SWOG 80405 clinical trial, which tested a combination of chemotherapy and biologic therapy in patients with metastatic colorectal cancer. Researchers compared survival times in 514 trial participants who were younger than age 50 with the survival times of 1,812 patients above 50.

“We found no significant difference in overall survival between the two groups,” said Dana-Farber’s Marla Lipsyc-Sharf, MD, the first author of the study. The median survival for patients with young-onset colorectal cancer was 27.07 months vs. 26.12 months for the older-onset group. Progression-free survival — how long patients lived before the cancer worsened — was also similar for the two groups: 10.87 months for the younger patients vs. 10.55 for the older ones.

Confounding expectations even further, the investigators found that patients under age 35 had the shortest median overall survival of any age group: 21.95 months vs. 26.12 months in older-onset patients. Because the study included relatively few patients younger than 35, the difference is not considered statistically significant, researchers said, but it aligns with previous research suggesting that very young patients have worse outcomes.

The findings underscore that there is still much to be learned about young-onset colorectal cancer. Cases are markedly on the rise: between 2000 and 2013, incidence of the disease in people under age 50 increased approximately 22%, even as overall incidence of colorectal cancer has declined. Yet despite a wellspring of new research, no definitive cause for the increase has been found.

“If current trends hold, colorectal cancer is projected to be the second leading cancer and leading cause of cancer death in patients ages 20-49 by the year 2040,” Lipsyc-Sharf stated. “It is important to understand survival in this population in order to develop tailored treatments.”

The finding that younger patients fare no better than older patients, despite having several factors in their favor, might suggest that colorectal cancer is more aggressive at an earlier age. However, there’s no conclusive evidence that that is the case.

“Research has yet to identify consistent molecular differences in the colorectal cancer cells of younger patients and older patients,” Lipsyc-Sharf noted. Current studies also are exploring whether differences in the intestinal microbiome — the collection of bacteria and viruses in the digestive tract — of younger and older patients might explain the increased incidence of early-onset colorectal cancer.

This article was originally published on October 27, 2021, by Dana-Farber Cancer Institute. It is republished with permission.