Sona Chowdhury, PhD, won the 2018 Postdoc Slam with her talk about a little-talked-about topic.

Chowdhury, who works with faculty mentor Joel Palefsky, MD, was one of 10 UCSF postdocs who competed to explain complex research in simple language — and in three minutes or less — in the third annual Postdoc Slam held Sept. 26. The live competition took place in a packed Byers Auditorium in Mission Bay and was also livestreamed to the Parnassus campus.

The talks’ topics ranged from the uterus’s role in healthy pregnancy, to the genetic basis of Parkinson’s disease, to the health impacts of social media.

In addition to taking home the $3,000 prize for first place, Chowdhury also won the People’s Choice award, with a prize of $750, which was voted on by the audience at both viewing locations.

Chowdhury explained how HPV disrupts the function of key microRNAs, leading to cancer. She compared a microRNA to a conductor “orchestrating genes in perfect harmony” and HPV to a disruptive heckler.

Second place, and a prize of $1,500, went to Will Schuerman, PhD, a postdoctoral scholar working with faculty mentors Edward Chang, MD, and Matthew Leonard, PhD. Schuerman’s talk, titled “Sparking Neural Plasticity,” introduced research on using implanted electrodes to stimulate the vagus nerve and affect brain activity. In particular, he thanked the generosity of the research volunteers, who were patients about to undergo epilepsy surgery.

“It was really fun,” Schuerman said of the event. “I was not expecting to win because there were so many really good talks.” He said he was motivated to enter the slam because he enjoyed doing theater in high school and also loved teaching, and the slam seemed to encompass both.

Third place — a new addition this year — with a prize of $1,000 was awarded to Lyndsay Murrow, PhD, a postdoctoral scholar in the lab of Zev Gartner, PhD, for her talk, “Mapping Breast Cancer Risk.”

Murrow described her work on how the rise and fall of hormones in the menstrual cycle drive breast cancer risk. To understand the effect in humans, she gathered cells from women who had breast reduction surgery at different points in their cycle and used RNA sequencing to “collapse them into a single virtual time course.” She could then see how the cyclical hormones send messages that help cancer cells grow.

“The Postdoc Slam helped me distill my research into a bite-sized story that the general public — and my parents — could understand,” said Murrow. “I learned you can convey more than you think in three minutes, and that if you really think about the basis of your work you can usually explain it clearly without jargon.”

The 10 finalists for the competition were selected from 31 video entries by a panel of screening judges. A separate five-judge panel, including representatives from the University and media, adjudicated the live competition.

Michael Penn, MD, PhD, director of diversity in basic science faculty in UCSF’s Office of Diversity and Outreach and a UCSF alum, was one of the live event judges. He said the judges looked for the ability to be clear and logical throughout the presentation and skill in simplifying complex information.

“I love the quality of science here and I love the enthusiasm from the postdocs,” said Penn. “Public speaking and communicating science are exceptionally important and I think this is a great opportunity for people to hone their skills and model the best practices.”

Elizabeth Watkins, PhD, dean of the Graduate Division and vice chancellor of Student Academic Affairs, emceed the competition. At the start of the event, she announced the new Berkelhammer Postdoc Travel Award, which will fund up to 10 merit-based awards of $2,500 each for travel during 2019.

“These 10 postdocs did an extraordinary job of explaining very complex, important research, and I’m very proud of each and every one of them,” said Watkins after the event. “Our postdocs often do their work quietly in labs across our many campuses, but they are really our next generation of scientist and leaders and Postdoc Slam is a wonderful opportunity to recognize and celebrate them.”

This article was originally published on October 2, 2018, by the University of California, San Francisco, News Center. It is republished with permission. 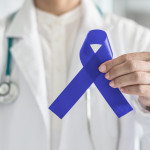