All people ages 18 to 79 should be screened for hepatitis C virus at least once, regardless of risk factors.

The U.S. Preventive Services Task Force (USPSTF) has finalized its new recommendation that all adults between the ages of 18 and 79—not just baby boomers— should be screened for hepatitis C virus (HCV) at least once, whether or not they have traditional risk factors such as sharing needles to inject drugs. Those under 18 or over 79 should also be screened if they are at risk.

Many people with hepatitis C have no symptoms or only minor symptoms like fatigue during its early stages. But over years or decades, chronic hep C can lead to serious liver damage including cirrhosis, liver cancer and liver failure that requires a transplant. HCV is now easily curable, so it’s important for people living with the virus to learn their status so they can get timely care and treatment.

“People with hepatitis C do not always feel sick and may not know they have it,” said task force chair Douglas Owens, MD, of Stanford University and the Veterans Affairs Palo Alto Health Care System. “Screening is key to finding this infection early, when it’s easier to treat and cure, helping reduce illnesses and deaths.”

HCV is the most common blood-borne disease, with an estimated 4.1 million people in the United States showing evidence of current or past infection. Around 44,700 people acquired HCV in 2017, according to the Centers for Disease Control and Prevention. New cases are rising most rapidly among people ages 20 to 39, largely associated with injection drug use. While about 25% of people who acquire HCV clear the virus spontaneously without treatment, the rest develop chronic infection lasting more than six months. An estimated 2.4 million Americans have chronic infection, and a majority of them do not know they carry the virus.

The USPSTF is an independent panel of volunteer experts in prevention and evidence-based medicine. The panel based its recommendation on a review of scientific evidence about the benefits and harms of HCV screening and treatment.

The task force released a draft of the recommendation in August and solicited public comment. The final recommendation was published this week in the Journal of the American Medical Association (JAMA).

Since the previous evidence review for the 2013 recommendation, hep C treatment has evolved, resulting in greater benefits and fewer harms. Today’s treatments have shorter courses (usually eight to 12 weeks), offer higher cure rates (typically 90% to nearly 100% in clinical trials) and have far fewer side effects than the old interferon-based therapy. Studies show that successful treatment results in improved quality of life and a decrease in liver complications and death. “The USPSTF concludes with moderate certainty that screening for HCV infection in adults aged 18 to 79 years has substantial net benefit,” the panel wrote.

This recommendation was given a B grade, meaning there is evidence that the benefits of screening and follow-up care outweigh the harms. The Affordable Care Act, also known as Obamacare, requires private insurers to fully cover preventive services recommended by the USPSTF with a grade of A or B.

USPSTF previously recommended one-time universal HCV screening only for baby boomers—those born between 1945 and 1965—as this group has historically had the highest rate of hepatitis C in the United States. But that was before the shift of hep C into younger age groups in parallel with the ongoing opioid crisis.

The task force emphasizes that the screening recommendation applies to pregnant people. HCV can be transmitted from mother to child during pregnancy or delivery, and timely diagnosis and treatment can prevent transmission. Considering the increase in hepatitis C among women ages 15 to 44, as well as a growing number of infants born to women with HCV, clinicians may consider screening pregnant people under 18.

The task force recommends routine screening using a blood test for HCV antibodies. If this test is positive, it should be followed by a polymerase chain reaction HCV RNA test, which detects viral genetic material in the blood, indicating current active infection.

Most adults need to be screened only once, according to the task force, but people at ongoing risk should be tested periodically. However, the panel noted, there is currently

not enough evidence to suggest a specific screening interval.

“If (1) every hospital, clinic, and emergency department offers HCV screening to all adults aged 18 to 79 years and adolescents with risk factors and ensures that patients are linked to care; (2) substance use disorder treatment programs such as syringe service programs have sustainable resources to perform HCV testing; and (3) all persons who have active HCV infection are offered antiviral treatment regardless of the severity of liver damage, substance use status, or any other factors not detailed in treatment guidelines, there is an opportunity to reduce HCV-related morbidity and mortality and to demonstrate that all people deserve care.”

“Clinicians across the U.S. should integrate these recommendations into their practices and health systems,” added Trooskin, who is also chief medical advisor for the National Viral Hepatitis Roundtable. “This cost-effective measure is an opportunity to reduce hepatitis C infection rates and move the U.S. towards hepatitis C elimination.” 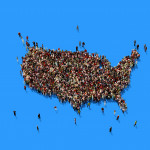