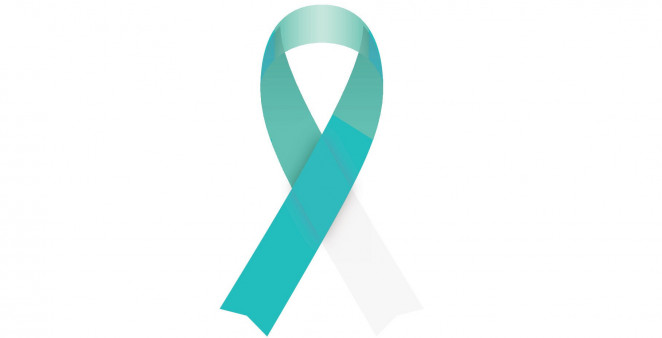 Teal and White Yesterday and Today: The Evolution of Cervical Cancer Screening

March 4, 2020 • By Centers for Disease Control and Prevention

When Elizabeth Unger, MD, PhD, graduated from medical school in 1979, fewer than 10% of her classmates were women. Her class treated women who had a high risk for cervical cancer. Lecturers showed black and white photos of the disease from carousel slides. They did not get into long discussions of cancer epidemiology.

Unger noticed they talked about cervical cancer differently from other types of cancer.

“It was the only cancer that was treated like it was the patient’s fault,” she said.

No one knew then that human papillomavirus (HPV), a common virus spread by skin contact during sexual activity, caused most cases of cervical cancer. With no evidence to favor one cause, scientists traded theories. Disease patterns looked like the spread of a sexually transmitted disease. Professors focused on the association between disease and women’s sexual activity.

When Unger trained, OB-GYN doctors diagnosed Pap smears with pathologists. They got help from cytotechnologists, non-physicians trained to screen Pap smears for abnormal results before pathologists read them.

The focus then was on early detection. Pap smears screened for early-stage cancers and precancers. At that time, advanced cervical cancer was rarely treatable, and cervical cancer prevention was impossible since no one knew what caused it.

Unger’s research took her into the new field of molecular pathology, which uses unique characteristics of genes to identify cancers. She specialized in clinical applications of a new laboratory technique called in situ hybridization (ISH), which finds characteristic gene sequences to diagnose diseases. Although she was trying to identify cancer-causing genes, the technique worked better on viruses. One of those viruses was HPV.

Though she was modest about it—“fortuitous timing” to join the field “at the beginning-beginning,” she said—Unger brought sophisticated science to cervical cancer screening. HPV’s role in cervical cancer development was unclear.

“We were still working on getting the two fields together,” she said of linking HPV and cancer researchers to make a connection.

While working at a city public hospital in the mid-1990s, Unger diagnosed a pregnant 16-year-old girl with cervical cancer. The young woman, who died soon after diagnosis, was infected with a high-risk HPV type that causes more than 90% of cervical cancers. We wouldn’t know this without molecular testing. Today, most screening laboratories use molecular tests on cells collected from the cervix during Pap tests to look for high-risk HPV types that can lead to cervical cancer.

Unger’s work helped doctors understand the relationship between HPV infection and the cervical precancers they saw under the microscope. While she did her work, scientists developed the HPV vaccine.

Maureen Miller, MD, MPH, was born just after Unger started residency. She was 22 years old in 2006, when the FDA approved the HPV vaccine for girls and women between 9 and 26 years old. She was among the first women to be vaccinated for HPV. Her medical school class, which was about half women, learned that cervical cancer rates were going down in the United States, and that HPV vaccination was a worldwide prevention strategy. For women like them, screening was personal. For Miller’s age group, cervical cancer screening guidelines changed twice from the first day of class in 2009 to her residency graduation in 2018. Today, women between ages 30 and 65 can be offered an HPV test along with the Pap test, or an HPV test alone.

2010s: Lab Testing in the Era of HPV Vaccination

For Miller, pathology training followed the path that Unger lived. In her intern year, Miller examined samples, many of them from underserved patients. While learning about Pap smear screening, Miller screened both real patient samples and digital slide archives. Her professors collected old slides for reference and education, because there were fewer examples of advanced cases to learn from in today’s patients. In the last two years of residency, Miller spent several weeks two weeks to a month in labs learning techniques developed over Unger’s whole career.

Unger’s description of clinical molecular testing resonated with Miller. “Most HPV tests are fully automated, so residents can easily miss out on understanding the molecular and epidemiologic basis of the assay and interpretation,” Unger explained.

Reducing manual steps improved quality and made it easier for laboratories to screen more women. Automated HPV DNA testing is now the standard of practice.

Cervical cancer screening is a success story. This cancer is now rare in the United States. The old screening model of annual Pap smears prevented many cervical cancer deaths. Technology allows for more precise, less frequent screening that can catch HPV infection before cancer starts. CDC and other partners are researching the impact of the HPV vaccine on cancer rates and trends in the United States population.

The field has moved from Pap tests only, to Pap tests plus HPV testing, to the point where HPV testing is primary. Throughout these four decades of change, Unger said she always had “respect for the specimen.” Each piece of tissue comes from a woman in whom we can help prevent cervical cancer with high-quality science.

This article was originally published on January 30, 2020, by the Centers for Disease Control and Prevention. It is republished with permission. 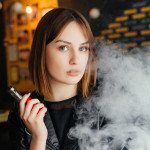