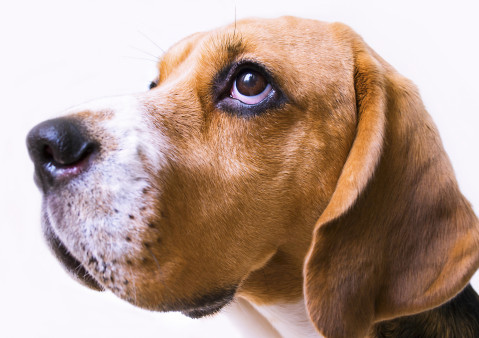 Trained dogs can determine the presence of malignant pulmonary nodules, or lung cancer tumors, with an “extraordinarily high degree of reliability,” according to study findings presented at the 19th World Conference on Lung Cancer (WCLC) this week in Toronto.

Lung cancer is difficult to detect and is often diagnosed late, making it the leading cause of cancer-related death for both men and women in the United States. About 234,000 people will be diagnosed with lung cancer and about 154,000 will die from it this year, according to the American Cancer Society.

A recent study found that only about 2 percent of current and former smokers have received lung cancer screening using computed tomography (CT) scans, as recommended by the American Society of Clinical Oncology and the United States Preventive Services Task Force.

Angela Guirao, MD, of Hospital Clinic Barcelona, presented results from a prospective controlled study evaluating the potential of trained dogs to discriminate between malignant (cancerous) and benign (noncancerous) pulmonary nodules. This was a follow-up to a previous study showing that dogs can identify the presence of malignancy in exhaled air samples from people with and without a lung cancer diagnosis.

The researchers collected exhaled air samples from 30 patients with indeterminate lung nodules before diagnostic and therapeutic surgery and from 77 people with neither lung cancer nor pulmonary nodules.

A dog trained to recognize smell patterns using a reward-based method was presented with about 460 air samples, about 25 percent of which came from people with pulmonary nodules. The dog was exposed to the nodule samples multiple times, for a total of 900 attempts. Participants did not eat, drink or smoke within 30 minutes before providing a sample. Glass tubes containing the air samples were placed in wooden boxes with an open side, and the dog was asked to determine which ones indicated malignancy.

The dog successfully identified malignant samples with a high degree of accuracy: 97 percent sensitivity (correctly identifying the presence of cancer in people with malignant nodules) and 99 percent specificity (correctly ruling out cancer in people without malignant lesions), yielding a positive predictive value of 97 percent and a negative predictive value of 99 percent. Overall, 27 of 30 nodules were correctly identified as malignant, as verified by pathology reports.

“Having previously established that trained dogs can sniff out the presence of lung cancer in exhaled gas samples, we are thrilled to identify the ability to differentiate between malignant or benign nodules as well,” Guirao said in a WCLC press release. "These discoveries underscore an opportunity to improve the early detection of lung cancer and malignant nodules, pairing trained dogs with established technology for accurate diagnoses."

Click here for the World Conference on Lung Cancer program.