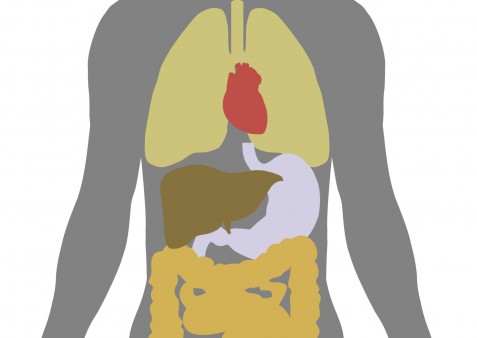 Cancer treatments are traditionally tested and prescribed for tumors in specific parts of the body. Drugs for breast cancer, lung cancer and melanoma usually undergo separate clinical trials and are reviewed separately by the Food and Drug Administration (FDA).

But what if new therapies could be tested and approved based on shared tumor characteristics, regardless of where in the body the cancer appears? Today, this so-called tumor-agnostic approach is starting to become a reality.

Last May, the FDA approved the first treatment that can be used for cancer with a specific type of genetic mutation anywhere in the body. The immune checkpoint inhibitor Keytruda (pembrolizumab) got the green light for the treatment of any solid tumor with mismatch repair deficiency or micro­satellite instability.

Tumors with a broken mismatch repair system are unable to fix DNA damage that can shut down cancer growth. Mismatch repair mutations are seen in many types of cancer, including about 18 percent of advanced endometrial tumors and 6 percent of metastatic colon cancer.

This approval means that people with all cancer types—not just those whose cancer is common enough to have its own trial—may be eligible to try this effective new immunotherapy.

While Keytruda was initially tested in people with one type of cancer at a time, the promising experimental drug larotrectinib has been developed from scratch for patients with a specific tumor mutation anywhere in their body. Studies that collect people with specific cancer characteristics regardless of its location are known as basket trials.

Larotrectinib, one of the stars of the 2017 American Society of Clinical Oncology meeting, was tested in 43 adults and 12 children with 17 different types of advanced cancer. Some of the cancers were common, like melanoma and lung cancer, but others were so rare that patients traveled from around the world to join the studies.

What they all had in common was a tumor mutation known as a tropomyosin receptor kinase, or TRK fusion. When a TRK gene in a cancer cell fuses with another gene, it acts as an ignition switch to turn on cancer growth. By blocking TRK, larotrectinib halts cancer progression.

TRK fusion mutations occur in only around 1 percent of all cancers, but they’re found in more than 90 percent of some rare cancers, says researcher David Hyman, MD, of Memorial Sloan Kettering Cancer Center in New York.

Overall, three out of four patients showed complete or partial tumor shrinkage in before-and-after scans, Hyman reported. At the time of the presentation, more than 90 percent of responders were still doing well on treatment, including two children who saw their tumors shrink enough that they could undergo curative surgery.

“This really brings us into a new era where treatment is truly based on mutation, not location,” says Sumanta Kumar Pal, MD, from California’s City of Hope Cancer Center.