Does Your Treatment Measure Up?

ORR, PFS, TTP…we help you sort out what they mean.

Assessing whether cancer treatment is working is not always easy. Improved survival may be the ultimate goal, but other factors matter too, including quality of life and timely approval of new therapies. The advent of new types of treatment and testing methods increases the complexity of interpreting response.

Experimental therapies are evaluated in clinical trials, which proceed through a series of steps to determine whether a new treatment is safe and effective. Different measures of treatment response, known as endpoints, are used throughout the process.

Overall survival (OS)—the gold standard of oncology endpoints—is the time from the start of treatment until death from any cause. OS is usually expressed as a median, or point at which half of the participants have died. This cannot be determined and data are described as “immature” if a majority are still alive.

Survival is easy to measure and compare across studies, but it can take a long time for an OS advantage to show up, especially for early-stage or slow-growing cancers.

If a treatment works well, many years might elapse before half of study participants die. Long trials are more expensive and patients may try multiple therapies over time, making it hard to know which ones contributed to survival gains. If OS were the only criterion for approval, many people who might benefit from a promising new therapy would be denied access during this waiting period.

“When we think about all these new therapies coming down the road, if we insist on seeing improvements in progression-free survival and overall survival, it will be hard to get these agents approved because the bar is so high,” says David McDermott, MD, of Beth Israel Deaconess Medical Center in Boston. “It’s totally appropriate to expect an OS benefit when you’re dealing with a new drug. But once these treatments are widely available, if patients who progress can get the drugs outside the trial, it’s very hard to show improved OS.” 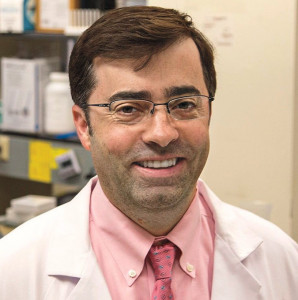 In the 1980s, AIDS activists pressured the government to approve drugs faster because people didn’t have time to wait. It was unethical, they argued, to wait for people to die if there was a way to tell sooner whether treatment was working.

The Food and Drug Administration (FDA) implemented an accelerated approval process in 1992 that allows therapies for serious conditions to be approved based on surrogate, or substitute, endpoints that are “reasonably likely” to predict clinical benefit. In order to gain regular full approval, further trials must confirm that they actually do provide such benefit.

While the surrogate endpoint for HIV is straightforward—undetectable virus in the blood—the best interim endpoints for cancer treatment are not so obvious.

The objective or overall response rate (ORR) refers to the proportion of people who experience complete or partial tumor shrinkage. Although it makes intuitive sense that shrinking tumors could lead to longer survival, studies show this is not always the case.

ORR consists of two components: complete response and partial response. The duration of response (DOR) is the time from initial response until tumor progression.

The most widely used system for assessing response is known as Response Evaluation Criteria in Solid Tumors (RECIST), first developed in 2000 and revised in 2009. RECIST specifies the number of target tumors to be measured and the amount of change that defines response. Various modifications have been developed, including versions that better reflect response to immunotherapy.

Easily accessible tumors can be measured directly. CT or MRI imaging scans (radiological response) are used to assess harder-to-reach tumors. PET scans, which measure a tumor’s metabolic activity, are also used. Because image interpretation involves some guesswork, the most reliable approach is blinded independent central review, in which the same reviewers evaluate all patients’ scans without knowing which treatment they’re using.

To evaluate adjuvant (post-surgery) or neoadjuvant (presurgery) treatment, doctors may look for cancer cells in a biopsy sample (pathological response). In people with leukemia or multiple myeloma, minimal residual disease (MRD) means traces of cancer in bone marrow that could trigger relapse.

Some cancers have specific tumor markers. A well-known example is prostate-specific antigen (PSA), which indicates prostate cancer progression. New biomarkers are currently being developed, including measurement of circulating tumor cells.

Complete response (CR), or remission, is the disappearance of all tumors and normalization of tumor markers. People in remission are sometimes said to have no evidence of disease (NED). Partial response (PR) is defined as at least a 30 percent decrease in tumor size. For most cancers, CR rates are low and PR rates are higher.

People who do not respond may either have stable disease (SD), meaning existing tumors neither shrink nor grow and no new ones appear, or progressive disease (PD), meaning the cancer grows or spreads. PD is defined as at least a 20 percent increase in tumor size.

Sometimes researchers combine objective response and stable disease rates to come up with a disease control rate (DCR) or clinical benefit rate (CBR)—meaning anyone who doesn’t get worse. These are not accepted FDA endpoints and many experts are critical of them, as they combine response, which is a direct effect of a drug, and stable disease, which may simply reflect the natural course of disease. Especially in trials without a comparison group, it’s impossible to know whether the absence of progression is attributable to treatment.

Still, many researchers and drug companies are fond of these measures, which can make therapies look more promising. One recent study of immunotherapy for liver cancer, for example, saw a CR rate of zero, a PR rate of 10 percent and an SD rate of 45 percent, allowing the authors to report a disease control rate above 50 percent.

Compared with OS, other endpoints can be determined with fewer patients and shorter follow-up. Disease-free survival (DFS), also known as relapse-free or recurrence-free survival, is the time from the start of treatment until cancer recurrence or death. This is especially useful in studies of adjuvant therapies, which aim to prevent cancer recurrence after surgery or radiation.

Some cancers have more specific measures of treatment response. For example, the FDA this year approved two hormone therapies for prostate cancer based on a new surrogate endpoint, metastasis-free survival (MFS), meaning patients are still alive and their cancer has not spread.

“This demonstrates the agency’s commitment to using novel endpoints to expedite important therapies to the American public,” says Richard Pazdur, MD, director of the FDA’s Oncology Center of Excellence.

Progression-free survival (PFS) means patients are still alive without worsening of disease. A related measure, time to progression (TTP), includes disease progression but not death. It can be assessed faster than overall survival because people typically progress before they die. And unlike OS, it is not affected if patients switch to other treatments after progression.

PFS is widely used and the FDA accepts it as a surrogate endpoint for drug approval, but it is not without controversy.

“I’ve always believed that improvements in PFS can have independent value for patients, even when there is not an OS benefit,” says Kathy Miller, MD, of Indiana University Simon Cancer Center in Indianapolis, citing a recent report about a checkpoint inhibitor that improved progression-free survival by 1.7 months in women with advanced triple-negative breast cancer. “When PFS is important and what threshold defines benefit is as much a personal decision as a medical one. But for me, a two-month improvement in PFS with the cost and toxicity associated with immunotherapy isn’t worthwhile.” 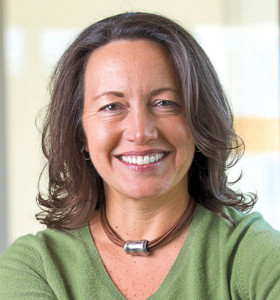 Jordi Bruix, MD, PhD, of the University of Barcelona, points out that in trials comparing targeted therapies for liver cancer, PFS was the same but OS turned out to be different. And he recalls that accelerated approval of Avastin (bevacizumab) for advanced breast cancer, granted based on PFS, was rescinded after further studies showed no survival advantage.

“Lots of concepts that are used in oncology trials are just practicalities to be able to run trials,” Bruix said at The Liver Meeting in San Francisco in November. “[The endpoint] should be survival and the rest is exploratory. I will keep saying that what is important is to be alive.” 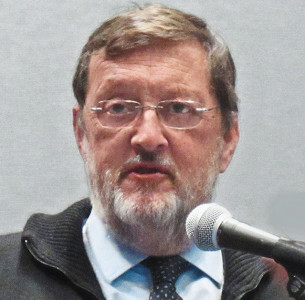 The Challenge of Precision Therapy

Targeted therapies and immunotherapies that help the immune system fight cancer present some challenges when it comes to measuring treatment response.

Many targeted therapies interfere with growth pathways to stop cancer from growing and spreading (known as cytostatic) but don’t necessarily kill cells or shrink tumors (known as cytotoxic). For example, angiogenesis inhibitors that block the formation of blood vessels can make tumors appear hollowed out on a scan but might not decrease their size enough to meet RECIST response criteria.

New systems have been proposed to overcome these limitations. The Choi response criteria, developed for gastrointestinal stromal tumors treated with Gleevec (imatinib), include a 15 percent decrease in CT tumor density. PERCIST criteria use PET scans to detect tumor necrosis, or cell death, even if the size remains the same.

Immunotherapy offers a different kind of challenge: Checkpoint inhibitor drugs take the brakes off T-cell activity, resulting in inflammation that can sometimes resemble disease progression on scans. This presents a dilemma for clinical trial protocols that call for treatment to stop when progression occurs.

“Sometimes you’ll see growth in lesions before you see shrinkage—so-called pseudoprogression—which happens in a very small percentage of patients across multiple tumor types. So some of your best ultimate responders are considered progressors early on because they either have new lesions or growing old lesions,” says McDermott.

Various updated response criteria have been developed for immunotherapy. One modification, dubbed iRECIST, recommends that progression be confirmed at the next scan four to 12 weeks later before stopping treatment. Researchers and FDA officials discussed how to evaluate response in the immunotherapy era at the recent Society for Immunotherapy of Cancer annual meeting.

“These treatment-free intervals, where patients come off a drug and have a lasting benefit, is really what they want,” McDermott says. “We need to do better if our goal is to produce more cures for advanced cancer. You can’t get to a cure without remission.” 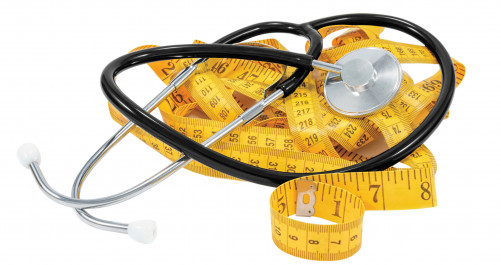 What Do Patients Want?

The oncology field increasingly recognizes the importance of patient-reported outcomes (PROs), which help assess endpoints that matter most to people living with cancer. For example, some people may care more about the severity of side effects than about whether a tumor gets smaller.

It’s important to understand that complete response, remission and NED do not mean a cure. Cancer can hide in the body and come back after remission, and cures are uncommon for people with advanced disease.

But this isn’t always well understood. A study presented at the recent Palliative and Supportive Care in Oncology Symposium showed that nearly 30 percent of people with incurable advanced cancer thought they had at least a 50-50 chance of being cured, while another third were uncertain. What’s more, those who thought they could be cured were willing to tolerate more toxic treatment.

For these individuals, palliative care that aims to provide comfort and support—rather than treating or curing cancer—may offer a better quality of life.

“The majority of people living with cancer are older adults. What matters most is independence, being able to do the things they enjoy and freedom from pain—the very last is length of life,” says Amy Berman, RN, of the John A. Hartford Foundation. “Researchers look at three-month increments of survival as their metric of success, which is in sharp contrast to cancer patients’ desire to maintain their quality of life. I have lived well with Stage IV cancer for more than eight years thanks to palliative care. It’s the best friend of the seriously ill.” 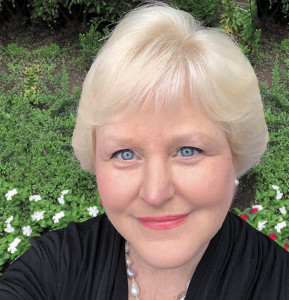 NED: No evidence of disease