Washington Football Team coach Ron Rivera, aka “Riverboat Ron,” has faced down squamous cell skin cancer that spread to a lymph node, reports ESPN. Rivera was diagnosed on August 20, almost eight months after Washington hired him. He immediately embarked on a rigorous course of treatment.

Impressively, he did so without missing a single game and sat out only three practices.

“I was amazed. Usually our patients, halfway in, stop working,” John Deeken, MD, Rivera’s medical oncologist, told ESPN of the 58-year-old’s resilience. "Most of our patients toward the end of their treatment are very close to needing to be hospitalized because there are so many complications.”

Squamous cell carcinoma is a type of skin cancer that often develops as a result of damage from UV rays. When diagnosed early, it is highly curable with local treatment, but when it has spread to a lymph node, as it had in Rivera’s case, it often requires more aggressive treatment, such as radiation and chemotherapy. Deeken decided to “throw the kitchen sink” at Rivera’s cancer in order to stop it from advancing further, according to ESPN.

When Rivera arrived at the radiology department at Inova Schar Cancer Institute in Fairfax, Virginia, for his first round of treatment, he was immediately struck by the friendliness of receptionist Linda Carter, who has worked at the front desk for 18 years.

“I’d walk in, and Ms. Linda would greet me and always say something positive,” Rivera said. “She was great.” He endeared himself to his doctors with his humility, never flouting his celebrity or asking for special treatment.

“It was never, ’Hey, this is who I am and this is what I expect,’” Gopal Bajaj, MD, Rivera’s primary radiation oncologist, said. “It was about, ’I’m here; can you help me? I’ll do whatever you say.’ You’d never know he was someone of such importance to our area or to sports."

The side effects of treatment, which consisted of three rounds of chemotherapy as well as five rounds of proton therapy a week for seven weeks, were severe at times. Rivera lost 36 pounds, had trouble swallowing and experienced fatigue so intense he took multiple naps a day. “But it was like pulling teeth to get a complaint out of him,” said Katie Banks, who, along with Zemenfes Semaie, Philip Ihaza and Jay Bigelow, oversaw Rivera’s proton therapy. Rivera, a former linebacker for the Chicago Bears, was determined to push through the pain to be there for his players as much as he possibly could.

“For me, it’s another challenge,” he told ESPN in October. “It’s a challenge I accept. I’m realistic about it. I’ve got to continue to be the person that I am and be disciplined about it, go about my business, do things that I need to do.”

On October 26, Rivera completed his final rounds of chemotherapy and proton therapy. Before leaving the hospital amid a flurry of confetti, he thanked Deeken and Bajaj with an autographed Washington Football Team helmet each.

“My dad would be smiling down on this,” Deeken, whose father was a lifelong Bears fan, said. “Very meaningful.”

Interested in learning more about the detection, diagnosis and treatment of skin cancer? See “Urine Tests Detect Melanoma Spread,” “Harnessing Artificial Intelligence to Detect Melanoma Earlier” and “What Types of Cancer Can Be Treated With Immunotherapy?” 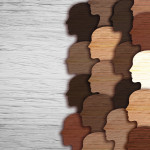