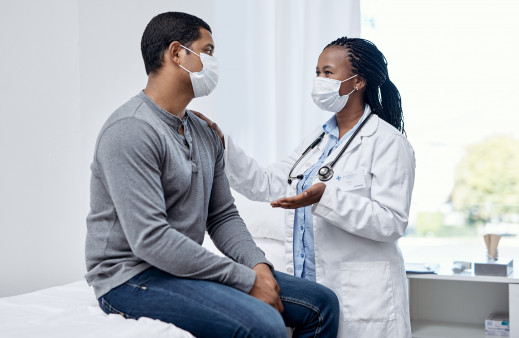 Young Black People With This Type of Leukemia Have Worse Outcomes

African Americans between 18 and 39 with acute myeloid leukemia are more likely to die within five years compared with white people.

Acute myeloid leukemia (AML) is an aggressive and fast-growing form of cancer found in blood and bone marrow. Research has shown that Black young adults with AML are five times more likely to die within the first 30 days of treatment (usually intense chemotherapy) and twice as likely to die within five years compared with white patients who received similar treatment.

Because most data on AML derive from patients of European descent, the reasons for the differences in posttreatment outcomes between Black and white patients is not understood.

For a new study published in Blood Advances, researchers analyzed data from 566 white and 89 Black patients ages 18 to 39 who were recently diagnosed with AML and participated in clinical trials conducted between 1983 and 2016 by a research group supported by the National Cancer Institute.

“To our knowledge, this is the first study to examine how molecular genetic alterations contribute to outcomes in young Black people with AML compared with their white counterparts,” lead author of the study Karilyn Larkin, MD, said in a news release.

Larkin noted that the proportion of Black people analyzed in the study closely matched that of the general United States population.

While researchers couldn’t identify any clear reasons for these differences, they believe that the high number of deaths in Black patients with AML may be connected to delays in treatment or suboptimal care, as a result of structural racism. Larkin also suggested that these might have more advanced disease upon diagnosis or other conditions that might affect their tolerance for chemotherapy.

“Our findings support the need for additional prospective studies of Black young adult patients with AML to identify the reasons driving poor outcomes as well as for heightened monitoring of individual Black patients being treated for AML today,” Larkin said. “They also raise the question of why these young patients, who we would assume are healthy enough to tolerate intensive therapy, don’t survive.”