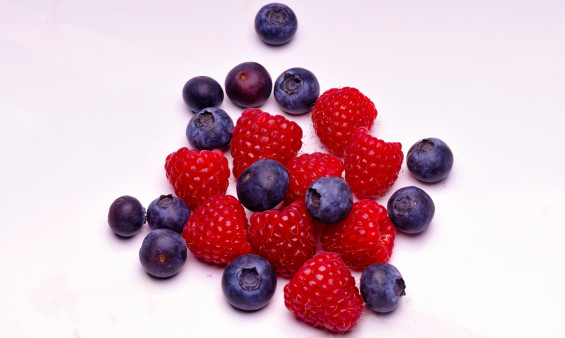 We’ve all heard about the virtues of antioxidants! From vitamin C to lycopene and how they can prevent or neutralize free radicals. Free radicals can cause damage to cells and genetic material—and this damage may lead to cancer.  Eliminating or neutralizing these free radicals can prevent damage to our cells and our bodies, which we know is a good thing. So theoretically they should lower cancer risk. But on the other hand when receiving cancer treatments like radiation and some chemotherapies, they are doing the opposite by actively generating free radicals in the body to eliminate cancer cells.

But, between the news headlines and the supplement manufacturers health claims, it is no wonder many cancer survivors and healthy individuals use antioxidant supplements widely as a preventative measure against cancer recurrence or to prevent cancer. Additionally, it makes sense why many patients inquire if taking antioxidant supplements can help to mitigate or prevent the damage done to healthy cells during chemotherapy and radiation therapy. Some also inquire if they can enhance the benefits or treatment or if they can alleviate some of the side effects. Others think they might be helpful to maintain or improve general health. It’s not uncommon to hear that “antioxidant supplements may help fight my cancer, and, at the very least, they can’t hurt. Right?”

Well, what are antioxidants exactly and where do they come from? Antioxidants are chemicals our body can produce in small quantities or chemicals that we can obtain from food (which is where we get most of them) that help act as protective agents to our cells. They are found naturally in fruits, vegetables, and whole grains—in the form of vitamin E, Vitamin C, vitamin A, beta-carotene, Co-Q10, selenium, manganese, lycopene, zinc, and many others. Our bodies rely mostly on external sources to obtain the antioxidants it needs.

We have an abundance of evidence showing that many food sources contain high amounts of natural antioxidants and eating these foods are quite beneficial for our health. However, we shouldn’t confuse foods containing antioxidants and antioxidant supplements as the same. It doesn’t automatically mean that all substances with antioxidant properties will be beneficial either, especially not when they are taken out of their natural context. For example, antioxidants in supplement form currently remains a controversial topic. Since some cancer treatments use free radicals to fight cancer cells, they could be interfering with what your cancer treatment is supposed to be doing. Supplements also often contain higher amounts of nutrients than those suggested for daily recommended dietary allowances. Their chemical structures and particular mechanisms can also vary widely.

A concern regarding antioxidant supplement use by patients undergoing cancer treatment relates to how each specific antioxidant works within the body. A big misconception is that all antioxidants are interchangeable, but they aren’t. Each one has its own unique chemical behaviors and biological properties. They each play a different role and this means that no single antioxidant can do the work of them all.

It’s important to note that the food sources of antioxidants also contain other minerals, fiber, nutrients, and other substances all packaged together, (some that we have yet to discover) that work together to help prevent a variety of chronic diseases. It is unlikely that we can create a pill, capsule, or supplement that can accomplish the same thing. Free radicals do contribute to chronic diseases like cancer, but it doesn’t automatically mean that substances with antioxidant properties will fix the problem, especially when they are taken out of their natural context. At the present time, the evidence that any antioxidant supplement has efﬁcacy for any of the previously mentioned purposes is sparse and largely indirect.

Thus far there are mixed findings when analyzing all of the existing scientific research—some studies suggest that taking supplements during treatment may be beneficial, but conversely there are studies that tell us this may be harmful. Antioxidant supplementation has been studied in randomized clinical trials, most of which have found no decrease in cancer risk or, in some cases, an increased risk of cancer. Yes, unfortunately you read that right! An INCREASED cancer risk.

Although findings vary among existing randomized controlled trials of antioxidant use during cancer treatment, many the studies are of relatively low quality or have limited statistical power. It’s also difficult to draw conclusions due to differences in malignancy type, antioxidant type and dose, and treatment regimen, among other many other factors. One of the best designed studies involved over 500 patients with head and neck cancer undergoing radiation treatment, while taking antioxidant supplements vs placebo. This study found significantly higher mortality among those prescribed 400 IU of daily vitamin E supplementation with 30 mg per day of beta carotene compared to placebo. They were given these supplements on the first day of radiation therapy and continued supplementing for 3 years after. What was surprising is the study had to be discontinued due to ethical concerns. The vitamin E and beta carotene supplement group had an increased risk of second primary cancers and recurrence of their primary cancers. This trended to a decrease cancer risk after vitamin E supplement was discontinued. 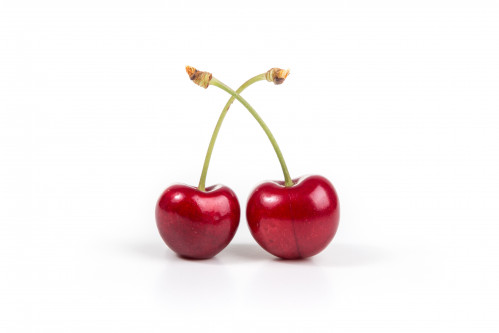 Photo by Thomas Quaritsch on Unsplash

It is possible that taking antioxidant supplements during treatment can protect normal cells from the damaging side effects of treatments and may improve tumor response and patient survival. But conversely, some studies find that taking antioxidant supplements may interfere with chemotherapy and radiation by reducing their effectiveness and by also protecting cancer cells.

It is very likely that antioxidants during cancer treatment may be beneficial for some people, yet harmful for others. No two people or cancers are alike. For example, a 2016 systematic review found that while the answer remains unclear as to whether or not antioxidants alter anti-tumor effects during radiotherapy and during some types of chemotherapy, they remark that this is not the same for those who regularly smoke. The authors found that those who smoked and consumed antioxidant supplementation during radiation increased their chances of recurrence and mortality when compared to those who did not smoke. It seems in some situations supplements can cause more harm.

As research continues we will find out more. It’s possible that antioxidants may boost protection of dangerous cancer cells. Some findings suggest that when the body is given extra antioxidants, its tumor cells get more of the antioxidants that they already make themselves. The cells can store the surplus, improving their ability to survive damage (which is definitely what we don’t want). The scientific evidence on this topic is not strongly for or against taking antioxidant supplements during cancer treatment at this time.

But what about antioxidant rich foods and cancer treatment?

There is no evidence to support that antioxidant-rich whole foods or drinks should be avoided during cancer therapy. It is believed that the level of any one particular antioxidant in a whole food is unlikely to interfere with treatment. The same cannot be said about high-dose antioxidant supplements as discussed previously.

It’s very important to notify all members of your oncology team if you do decide to take any supplements during cancer treatment. Your doctor, dietitian, and pharmacist can help you evaluate the quality of the advice from articles, books, the Internet, or from other practitioners recommendations to make sure you are getting the most effective care.

Antioxidants are great when they are found in food, but if found in high doses in supplement form, they may interfere with cancer treatments by causing them to not work as well as they should. It’s not recommended to take antioxidant supplements during treatment at this time. To reduce cancer risk, it is advised at this time that antioxidants be consumed through food rather than in supplement form. The recommendation is to consume a variety of at least 2.5 cups of colorful fruits and vegetables each day. Although recommendations for supplementation are still murky we should remain cautious when it comes to introducing antioxidant supplements to cancer therapy. But please eat plenty of fruits and veggies!